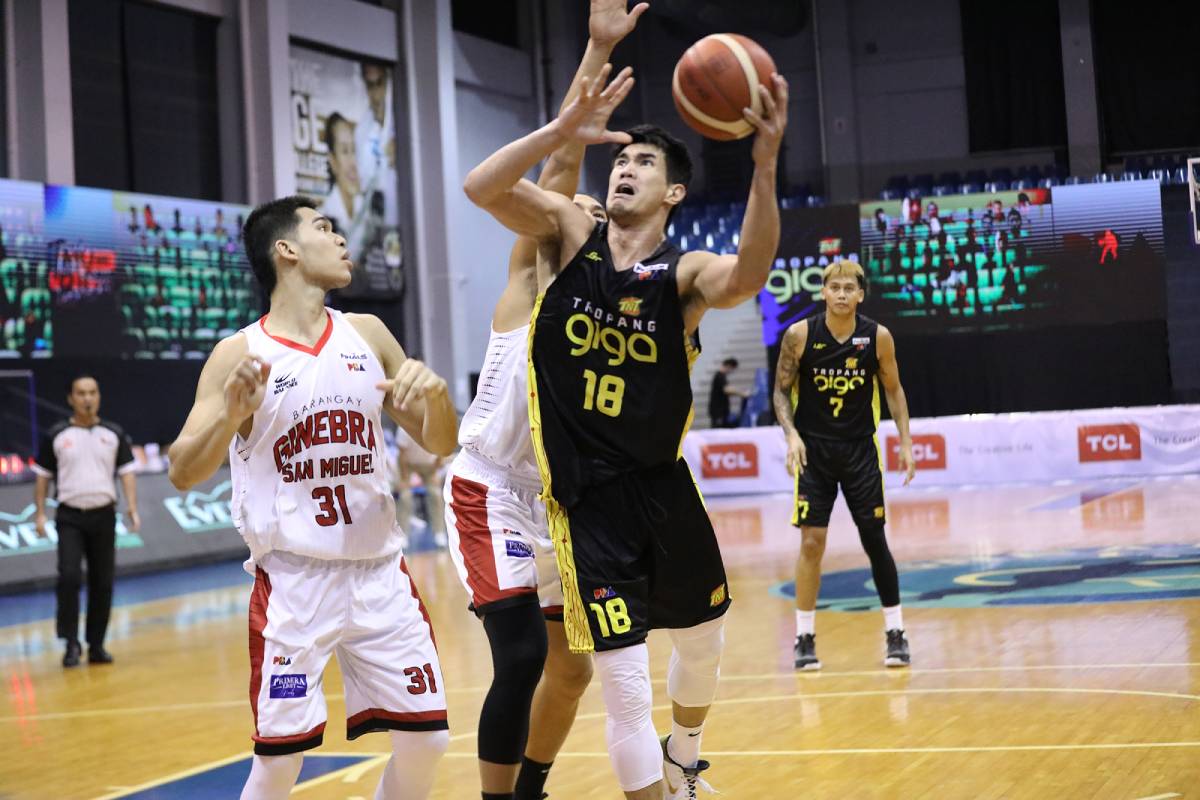 SMART CLARK GIGA CITY — It’s no secret that Troy Rosario has been far from his usual self in the 2020 PBA Philippine Cup playoffs, uncharacteristic since he was one of TNT’s solid performers early in the bubble season.

Back in the Tropang Giga’s best-of-five semifinal tiff versus Phoenix Super LPG, which they won, the 6-foot-7 forward only averaged 6.6 points on a 24.5-percent clip. This, after posting per-game norms of 12.08 points prior to the series.

Slowly, he tried to regain his form in the Finals’ first two games versus Barangay Ginebra San Miguel. Both matches resulted in narrow losses via meltdown, though, putting them in a precarious 0-2 hole in the race-to-four series.

Game Three came Friday night, and many believed that the series was everything but settled. The Tropa didn’t have sophomore star Bobby Ray Parks, Jr. for the second straight game, no thanks to a strained left calf.

But thankfully for them, the Rosario of old showed up.

The former National University star is known as one of the league’s best stretch bigs, but for a change, he imposed his presence at the post this time around. And that paid dividends, as it led to an efficient outing.

Rosario shot 7-of-9 from the floor en route to 15 points. He also collected three rebounds, two blocks, and a steal en route to his best performance of the postseason so far, helping TNT to the dominant 88-67 victory.

The five-year pro simply feels elated with his performance.

But as big of a reason he was in the win — their first over Ginebra inside the bubble — the 28-year-old said that it was the sense of urgency to prevent falling to a dangerous 0-3 hole that really spelled the difference.