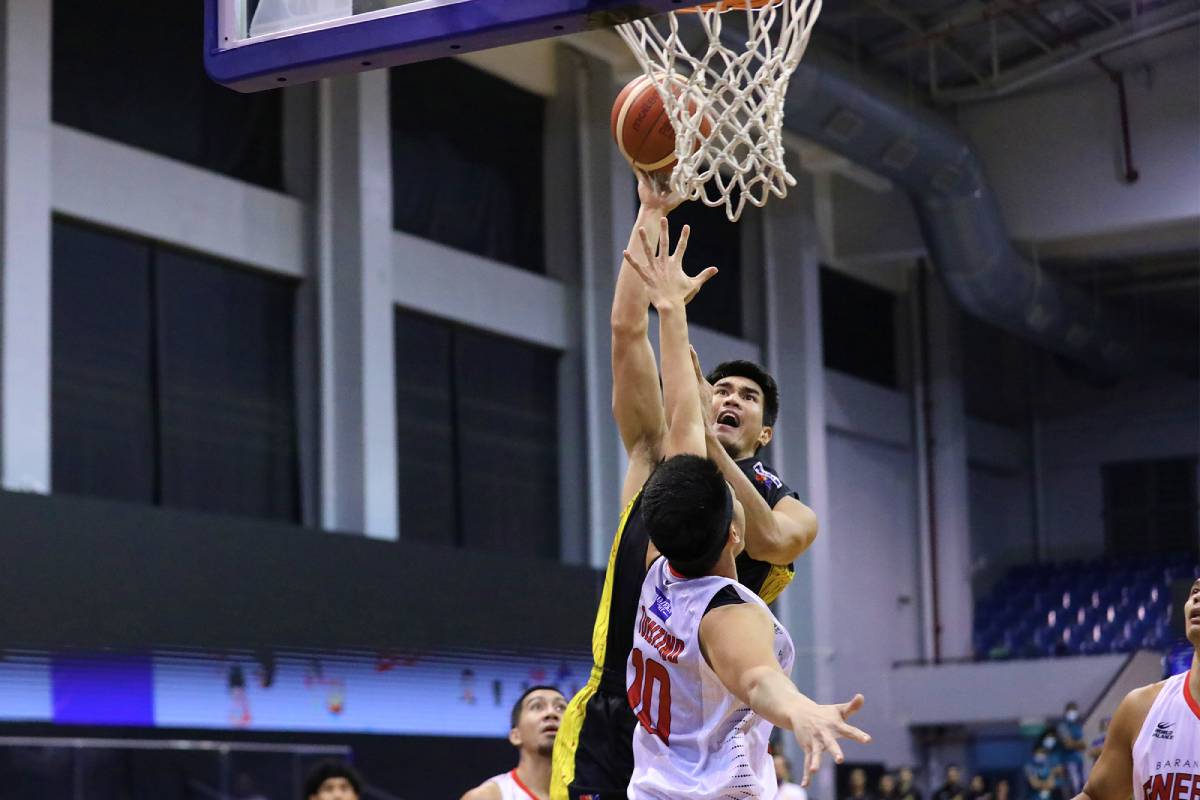 Composed were the Tropang Giga this time around unlike in the first two games of the series, most especially in Game Two a couple of nights ago where they failed to protect a 15-point lead and bowed, 90-92.

Troy Rosario was the man of the match for TNT, breaking out of his personal slump as he produced 15 points on 7-of-9 shooting as he imposed his presence inside. He also had three rebounds, two blocks, and a steal.

Roger Pogoy top-scored for TNT with 18 points, spearheading a balanced attack as the crew rallied behind the absence of Ray Parks, who sat out the match still because of a left calf strain he suffered in Game One.

Jayson Castro was back in his old ways, too, as he produced 15 points and 10 assists. Simon Enciso supplied 14 points built on four three-pointers, while Poy Erram notched a double-double of 12 markers and 14 boards.

The Tropang Giga actually trailed by five at the end of the opening period until they found their mojo in the next frame, opening it up with 11 straight points to eventually take a 44-34 lead by the halftime intermission.

Rosario and Pogoy began the second half with five straight points to stretch their lead to 15, 49-34, but the Gin Kings, like last game, fought back and trimmed the gap to just a field goal, 54-56, with 2:51 on the clock.

That’s when the Tropa displayed its character. Castro, Erram, Jay Washington, and Ryan Reyes all joined hands for a quick 10-2 response to give their side a 66-56 advantage at the end of the quarter.

TNT was in cruise control since, as the Barangay could not replicate the comebacks they’ve pulled off in the previous matches. It would lead by as much as 22 points in the final minutes en route to the rousing triumph.

“‘Yung sense of urgency, I guess talagang andun. And we really had to win this game–the important game for us–or else, baka ma-sweep kami. Every game, next game, ganun pa rin yung mentality namin,” Ravena said.

LA Tenorio led Ginebra with 19 points built on five triples, including four in the opening period alone to help his crew gain a 26-21 advantage at the end. He only had five in Game Two although those sealed the 92-90 win.

The Gin Kings’ output, per PBA stats chief Fidel Mangonon III, is their lowest output ever in a Finals game under head coach Tim Cone. The previous was their 81-94 loss to Meralco in Game Three of the 2017 Governors’ Cup Finals.