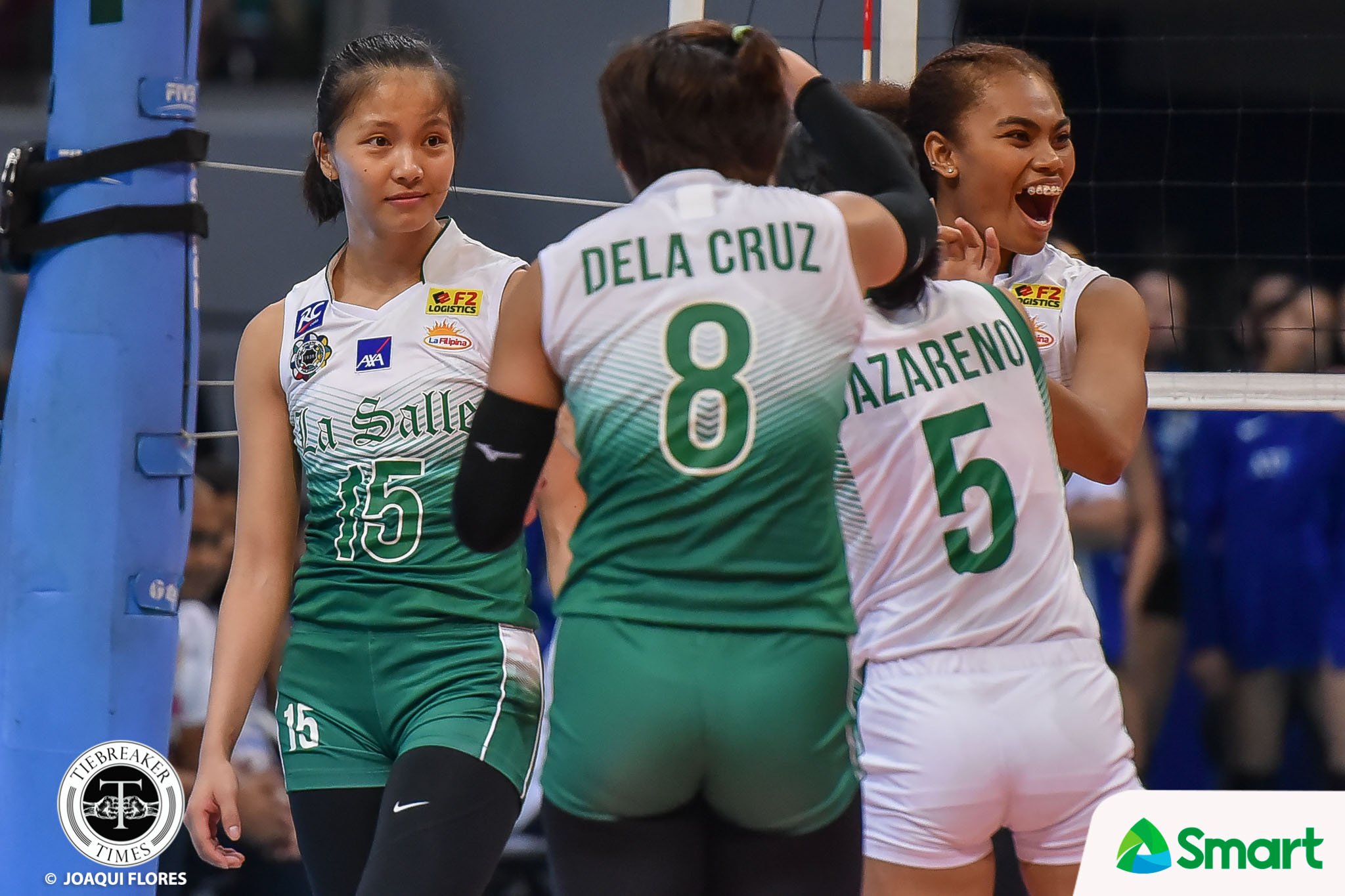 Parading a huge crop of rookies in the UAAP Season 82 Women’s Volleyball Tournament, De La Salle University knows that it has to string solid contributions from its handful of veterans.

The reliable Tine Tiamzon gave exactly that on Saturday.

The graduating hitter flaunted her all-around wares with a triple-double performance of 17 points, 13 receptions, and 12 digs. The Filipino-Canadian hitter ably showed the way for the Lady Spikers in a four-set conquest of their arch-rivals Ateneo de Manila University Lady Eagles.

But more than scoring, Tiamzon’s calming presence on the court gave the rookies of La Salle the strength to perform to the best of their abilities. Thea Gagate, Leila Cruz, Baby Jyne Soreno, and Justine Jazareno were the notable ones who made an immediate impact in their collegiate debut. 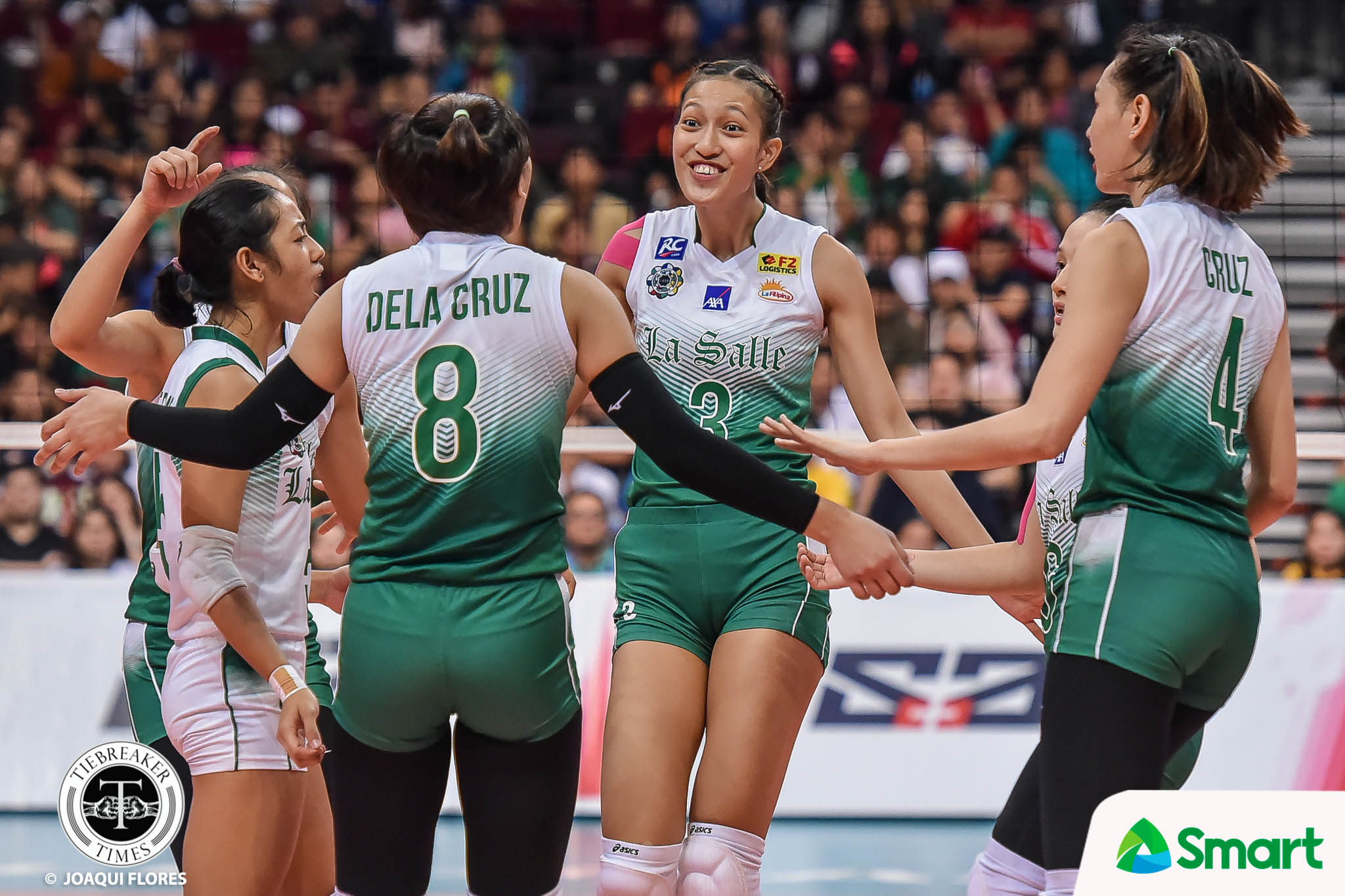 “I’m a proud senior to have them as my rookies kasi sobrang ang tapang nila. Ang galing,” the 22-year-old Tiamzon gushed.

Having opened her swan song on a positive note, Tiamzon now feels grateful that she’s starting to reap the benefits of her hard work.

“I’m happy that lahat ng hard work, it’s slowly playing off. One game at a time,” she bared.

In the thick of highly-intense rival bout, La Salle head coach Ramil De Jesus gave her a gesture of commendation in the form of a high-five. 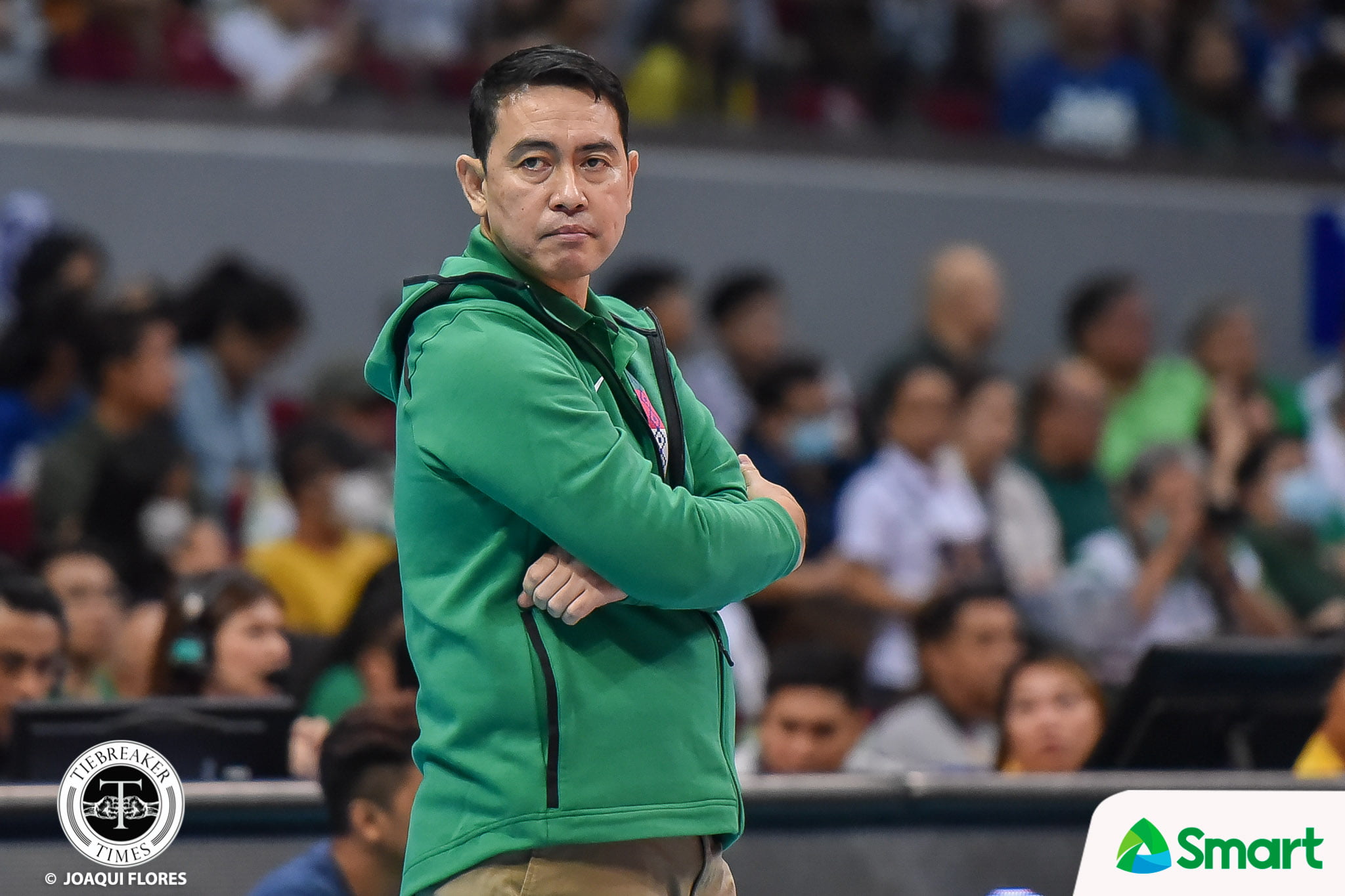 Still, Tiamzon acknowledges that the season is still young, and there’s still plenty of room for improvement.

“All or nothing na talaga this season.”