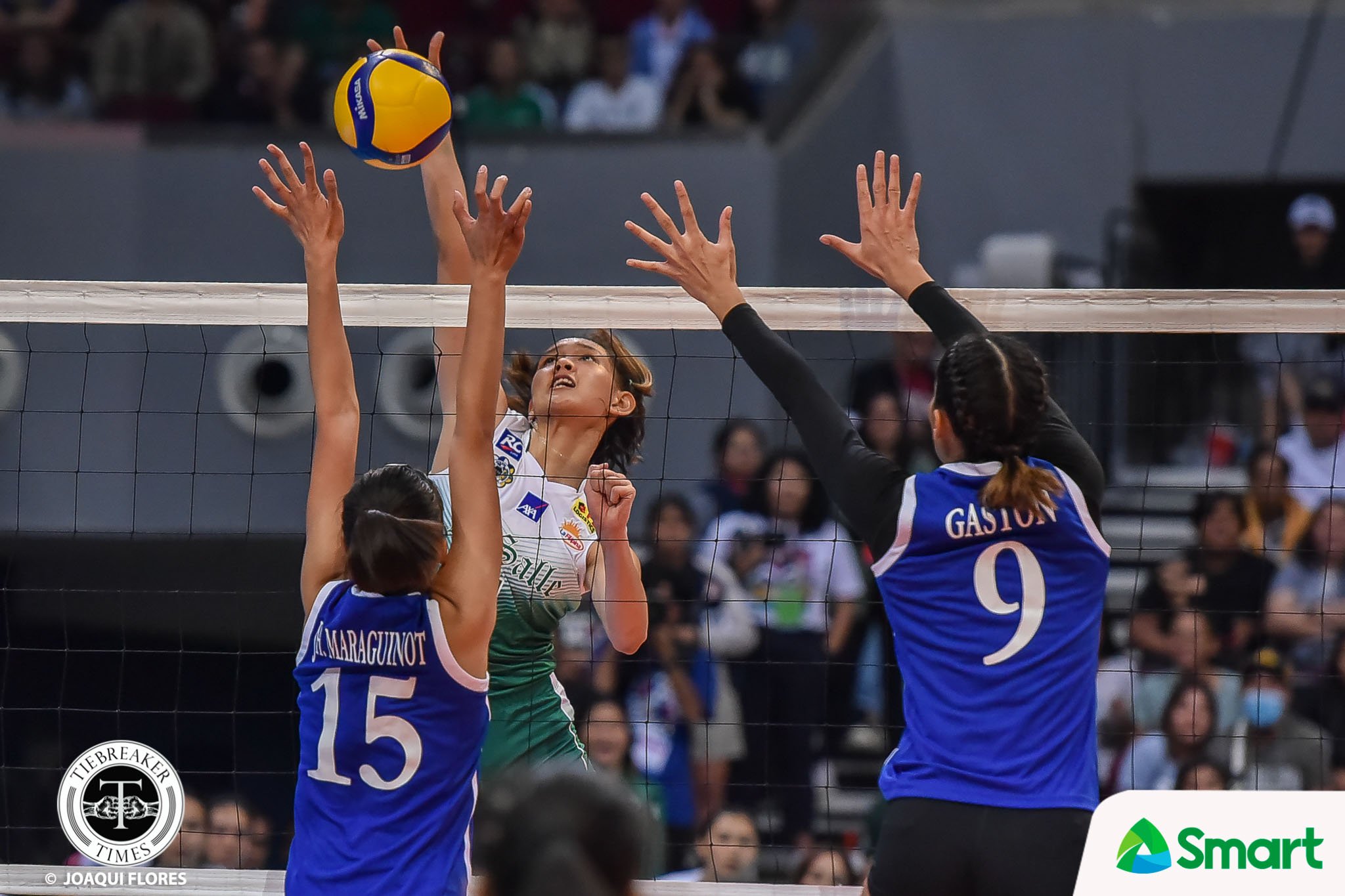 Tin Tiamzon flaunted her all-around wares with a triple-double of 17 points, 13 digs and 12 receptions. She showed the way for the rookie-laden Lady Spikers, who coughed out 33 errors.

The Lady Spikers raced out of the gates, blitzing the Lady Eagles through stifling defense and steady collective effort. Faith Nisperos broke Ateneo’s silence in the second frame, rolling out an avalanche that overturned a 16-12 deficit with a 13-1 set-clinching run.

The reigning champions continued to dictate the tempo in the third stanza until La Salle flipped the switch. Fueled by a combination of precise execution and Ateneo’s poor defense, the Lady Spikers snatched a 2-1 set lead. They then sprinted to a 17-7 spread in the fourth courtesy of a Jolina Dela Cruz hit.

The Lady Eagles could not dam the floodgates, crumbling in the face of La Salle’s balanced offensive thrust.

This is the Lady Spikers’ seventh straight victory against their arch-rivals since Season 79.