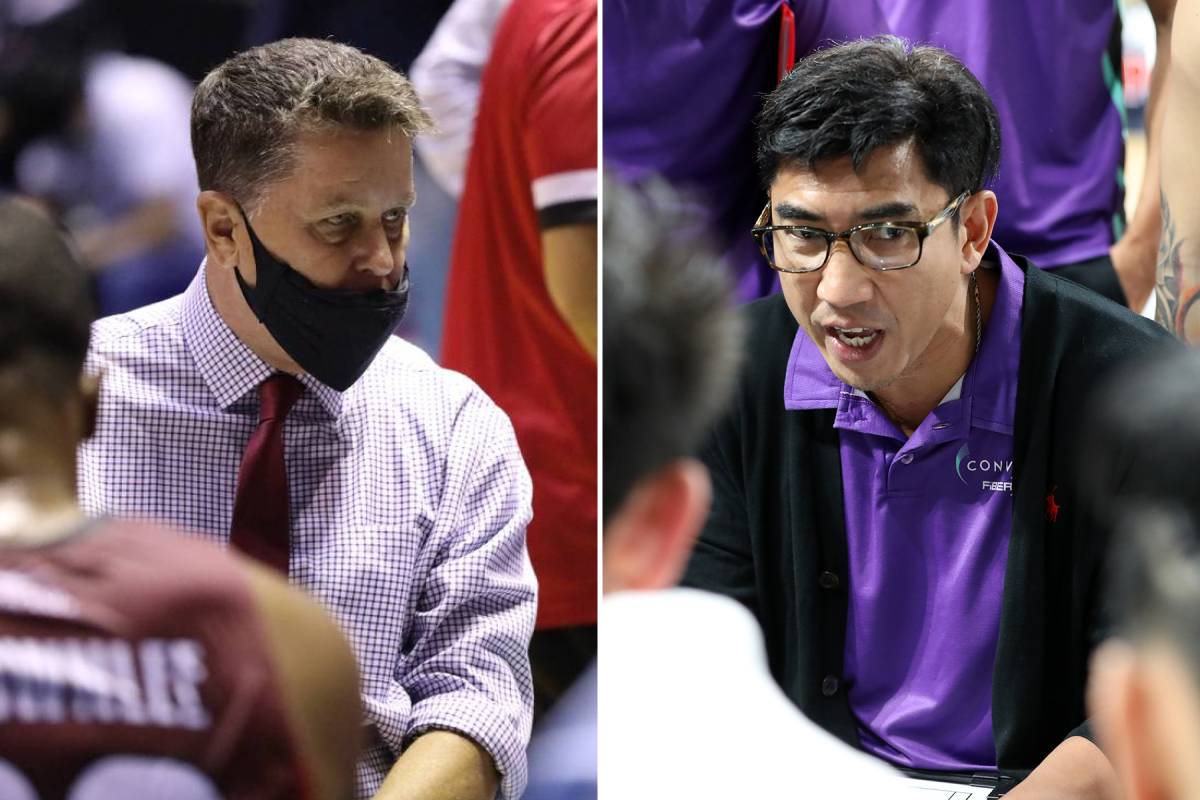 The PBA’s most accomplished coach will have a crack on a newcomer as Tim Cone and Aldin Ayo are set to figure in a strategic warfare when Ginebra and Converge lock horns in the Commissioner’s Cup on Wednesday.

Long-anticipated has been that battle of basketball minds, which was supposed to take place earlier in the conference until Typhoon Karding spoiled those plans, with some intrigue as to how the chess match of sorts would play out.

But the wait is now over, and the clash has become more important for both teams, particularly in their aspirations of a Top Two finish for the quarterfinals.

Cone has nothing but respect for Ayo — who’s beaten Norman Black, Leo Austria, Chot Reyes, and Yeng Guiao in the eliminations — but isn’t one to look at it as a matchup between coaches, but rather between two squads.

“That’s not something I’ve really thought about,” he said after the Kings’ 122-105 win over NorthPort, Sunday night at the Philsports Arena. “I’ve been in the league for 31 years. A lot of times, I played against great coaches.

“It seems like I coach against great coaches every night. Aldin is one of those great coaches, that’s the way I approach it. It’s not like I have anything to prove, or show against him. We’re just gonna go out there.

“It has little to do between him and I. The players on the court decide it. It’s not really a focus of mine, I mean, literally. I’ve never given it any thought,” he added.

What Cone anticipates is a ‘highly motivated’ FIberXers to show up, especially coming off a loss to the Batang Pier last week that snapped their seven-game winning streak — then the longest active winning streak in the league.

The new ball club played without Quincy Miller in that affair as the American was benched by the team for disciplinary reasons. The 64-year-old backed Ayo on that move but expects the import to come out with an extra push.

“I thought they did a great job addressing that issue. You just can’t have guys miss practices. Practices are sacred. And if they have are, you need to have repercussions. So, you know, I’m on his side totally with what he did.

“And I’m sure that’s gonna motivate them coming into Wednesday’s game, especially Miller himself. He’d be motivated to show,” Cone said.

“I think that tells that team that they’re going to be on their toes. Discipline is everything in winning in basketball. Like I said, I’m fully in his corner in that. But I know they’re gonna be highly motivated,” the owner of 24 titles added.