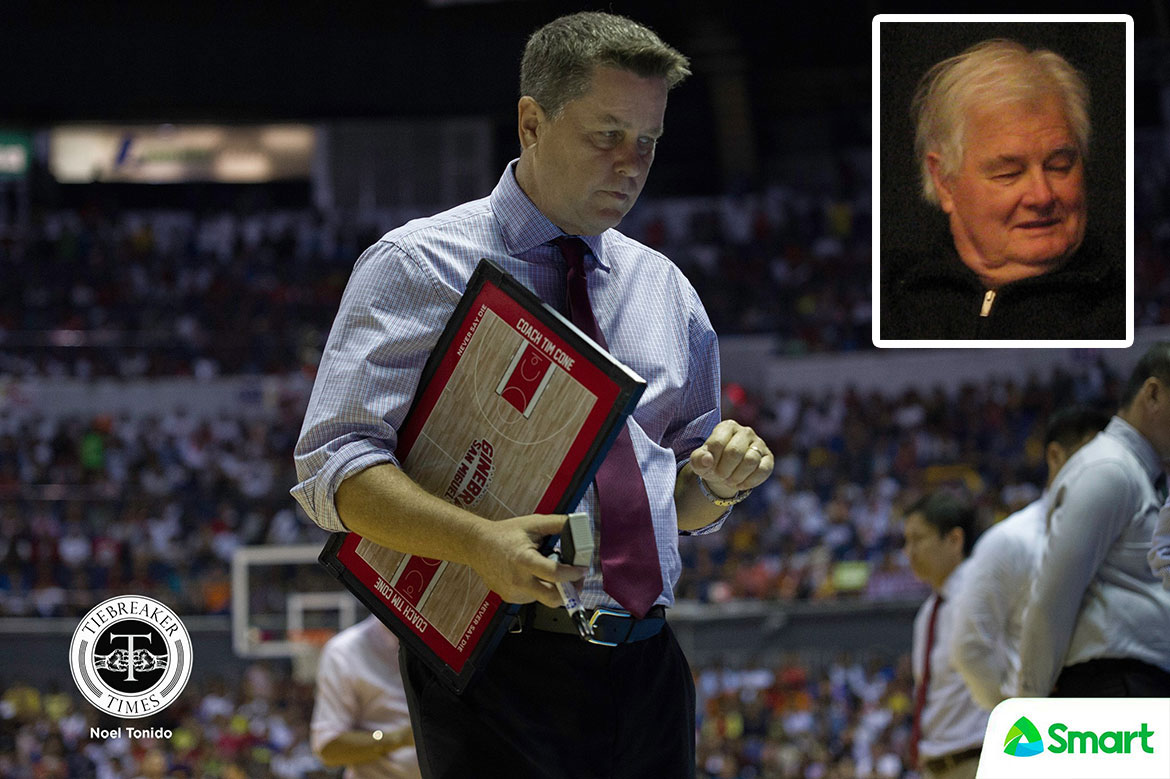 “I’m crushed after hearing about the passing of Tex Winter. Never understood why he would allow a coach like me to hang out and learn from him, but, wow, he really impacted my life,” said Cone via social media platform Twitter, Thursday.

“Will miss him forever.”

Winter is best known in the basketball world as the creator of the triangle offense, the system that brought six championships to the Chicago Bulls in the 1990s and five titles to the Los Angeles Lakers in the 2000s.

And in this part of Southeast Asia, the triangle offense is what Cone has been using ever since he started coaching in the PBA in 1989. That scheme made his teams such as the Alaska Aces and San Mig Coffee become Grand Slam winners.

The two met back in the year 2000 when Winter arrived in the Philippines for a basketball clinic.

“From that point on, he became my mentor until he suffered his stroke,” Cone told the New Yorker.

Nine years later, Winter offered Cone a job as an assistant coach to the Los Angeles Lakers. Cone politely turned it down, saying that it was in conflict with the PBA schedule.

Currently, Cone has brought three championships to the Barangay, and are looking to add more soon. The 60-year-old coach — a three-time Coach of the Year — has by far the most number of PBA crowns won as he has 21.

Thrown-out Henry Walker says he just had enough of officiating