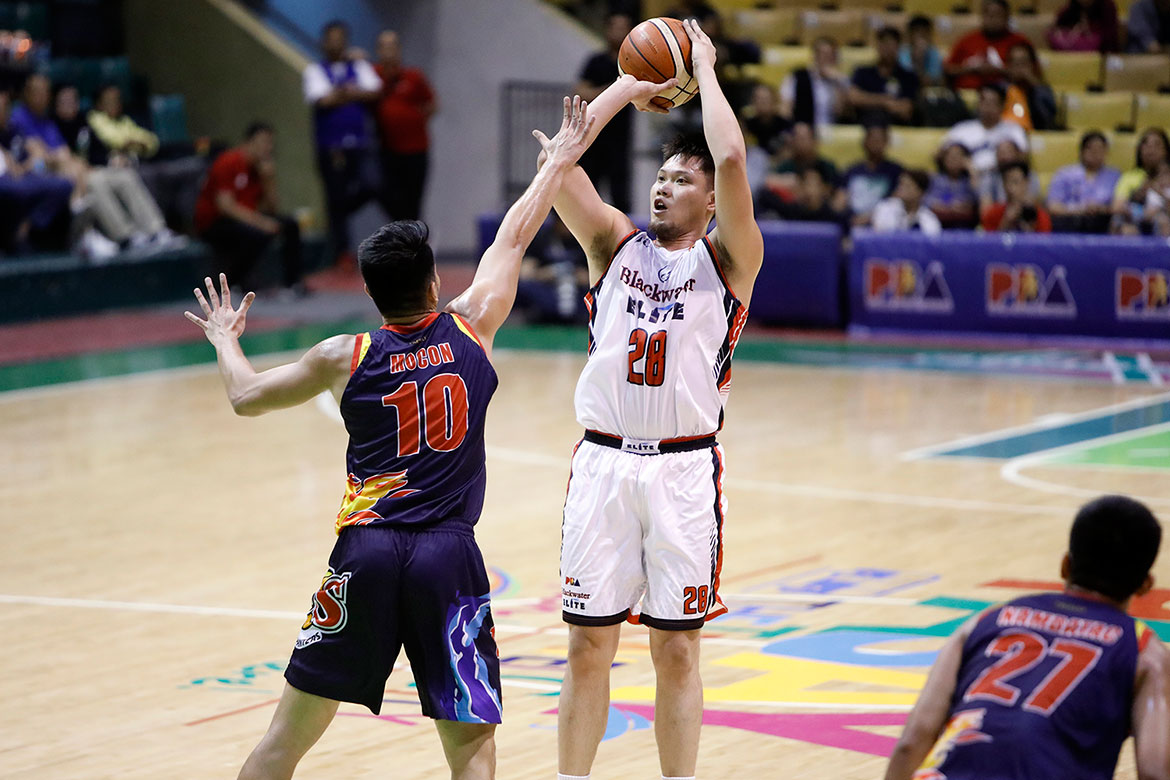 It may have been the gunslinging duo of Mike DiGregorio and Allein Maliksi that shone bright in the Blackwater Elite’s breakthrough win in the 2019 PBA Philippine Cup on Wednesday, but Chris Javier made his presence felt as well.

The 6-foot-5 bruiser duly fulfilled his duties as one of the Elite’s frontcourt players. He collected 16 points and 13 rebounds with three assists and a block to help his side to the 111-99 victory, which hiked their card to 1-2.

And for the 26-year-old, his performance was simply his way of repaying head coach Bong Ramos’ trust. Ramos and Javier had been together before in the University of the East Red Warriors’ program around 2013.

Javier’s performance showed that he can step up to the plate, since Blackwater are still reeling from the departure of long-time center Poy Erram. But the three-year pro said that it’s not just him who has to deliver, but everybody else.

Javier showed what he can bring to the table for the rebuilding Elite with Wednesday night’s huge performance. But that doesn’t mean the Biñan native is about to rest on his laurels and stick with what he has.