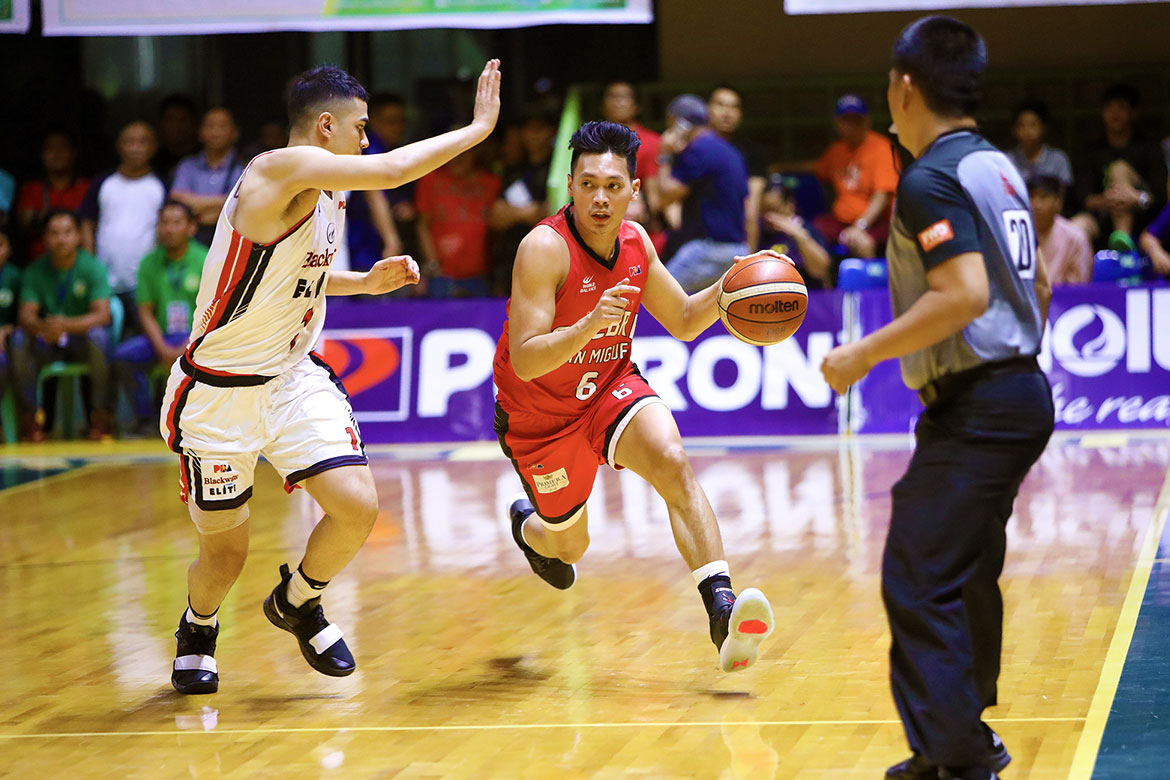 Playing in front of his compatriots, Scottie Thompson put on a show, leading the Barangay Ginebra San Miguel to an 85-67 romp of the Blackwater Elite in the 2019 PBA Philippine Cup, Saturday evening at Digos City, Davao del Sur.

Barangay Ginebra have collected their second win in a row.

The Gin Kings overcame a slow start, unloading a 21-5 blitz to end the opening frame with a 22-12 lead. It was more than enough to keep the Elite at bay and bring them to third straight defeat.

The crowd darlings have improved to 3-2 to take solo third in the standings, while dropping Blackwater to 1-5.

“We played a pretty good game, we played solid all the way through. We came out and accomplished what we wanted to do especially defensively,” said Ginebra head coach Tim Cone.

Japeth Aguilar has apparently recovered from the ankle injury he got in their last game. He led the Barangay with 20 points, nine rebounds, and three steals. Meanwhile, Greg Slaughter provided 17 points, six rebounds, and two blocks.

But the Elite fought back in the second frame by closing within five, 21-26. The Gin Kings then responded with another huge run — an 18-7 run — to restore order and build a 44-28 cushion heading into the halftime break.

Ginebra would not allow Blackwater to find their flow after that. As a result, the Barangay were able to lead by as high as 24 twice in the second half — both baskets that sent them to such lead came from Kevin Ferrer.

#ReadMore  Marcio Lassiter looks to recover in time for Finals

Ginebra will look to keep their streak alive when they take on the NorthPort Batang Pier on March 1 at the SM Mall of Asia Arena. Meanwhile, Blackwater will aim to end their skid versus the Alaska Aces on February 13, Wednesday at SMART Araneta Coliseum.