The Road Warriors surprisingly chose the UP Fighting Maroons hero with the number four pick, then used their seventh pick to nab Tratter, a 6-foot-6 forward-center out of the De La Salle University Green Archers program.

For Guiao, the two could be major pieces for picking up a quality big man via trade – NLEX are currently in trade talks yet again. This time around, NLEX are offering the two for Blackwater Elite’s JP Erram, as sources closely monitoring the situation told Tiebreaker Times.

The national team head coach did not confirm nor deny the talks, only saying that picking the two upstarts serves a “double purpose.”

“Yung move naman namin na yun is double purpose. We have something in mind, which we feel is going to address our lack of big men. Meron kaming possibility na makakuha ng big men with Paul and Abu,” said Guiao.

“But if that does not materialize, we’ll be very happy with Paul and with Abu in our team. So double purpose siya. We like the two players very much. We will be happy if they will be able to earn a slot in our team,” added the veteran coach.

Should that deal not materialize, the decorated Guiao is looking forward to handling an “exciting” backcourt next season, as they will feature the spitfire Desiderio and their K and K tandem of Kevin Alas and incoming sophomore Kiefer Ravena.

“Sa isip ko kasi we’re going to have a very exciting backcourt trio in Kevin Alas, in Kiefer Ravena, and in Paul Desiderio. You cannot go wrong with that backcourt trio,” said Guiao, who’s entering his third season with NLEX.

“If we cannot get a big man, then we’re going to be upgrading our backcourt with those three.” 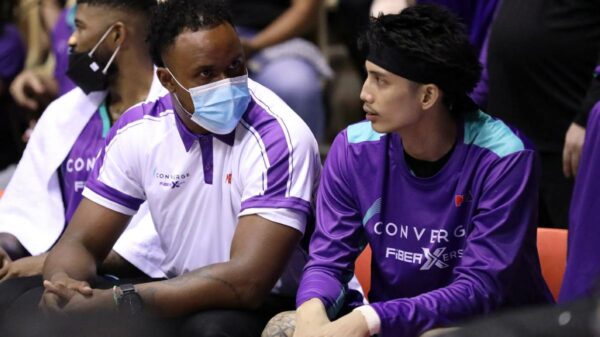