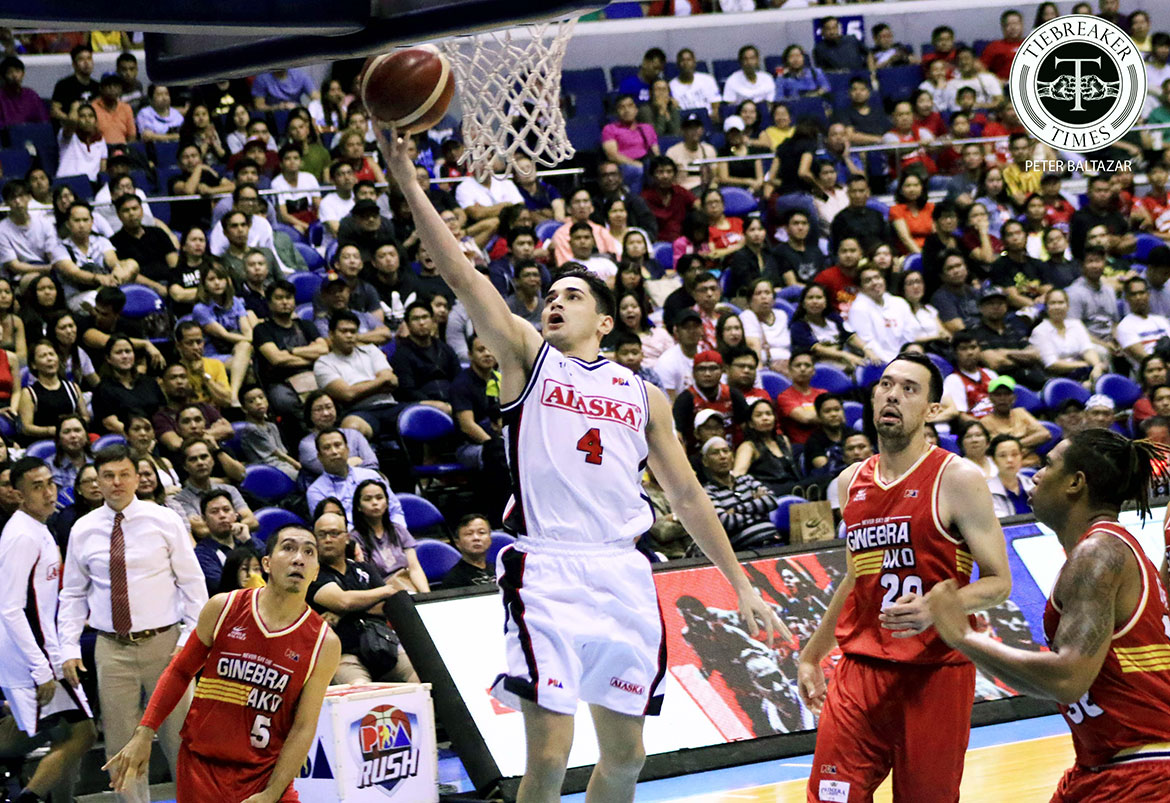 Chris Banchero had a career game in the Alaska Aces’ clash with the Barangay Ginebra San Miguel in the 2019 PBA Commissioner’s Cup, Sunday night.

The pro cager out of Seattle Pacific had 29 points on a 52.2-percent shooting clip from the field, on top of four assists, two rebounds, and a steal against two errors in over 36 minutes of play.

Unfortunately, Banchero could not celebrate his new career-high, since his Aces bowed, 106-118.

“That doesn’t mean anything now. We needed that win.

“There’s a lot of teams right there in the middle. That was a big game for us. I wish I would’ve played a little bit better,” said Banchero.

The 30-year-old guard rued Alaska’s poor defense in the defeat, where they allowed Ginebra to score over a hundred points in the game that saw a total of four Gin Kings finish with 20-plus markers.

Justin Brownlee and Stanley Pringle had 27 points apiece, while Japeth Aguilar and LA Tenorio had 22 markers each. As a whole, the Barangay made 50 percent of their shots from the floor.

“We need to play better defense. We can’t give up a hundred and eighteen points and think we’ll win,” Banchero said, whose Milkmen also let Ginebra score 18 points off fastbreaks.

The Aces dropped to 4-5 following the defeat – an uncertain spot, since they want to stay in the hunt for the playoffs.

But their final two games will be tough, as they will face Rain or Shine and Blackwater. Still, Banchero is confident that Alaska can succeed in their playoff aspirations.

“Yeah, very confident. We got Rain or Shine and Blackwater, those are two winnable games.

“They’re both playing well. [But] I believe we’re gonna get in the Top Six – we need to. And then, make a push from there,” he closed.