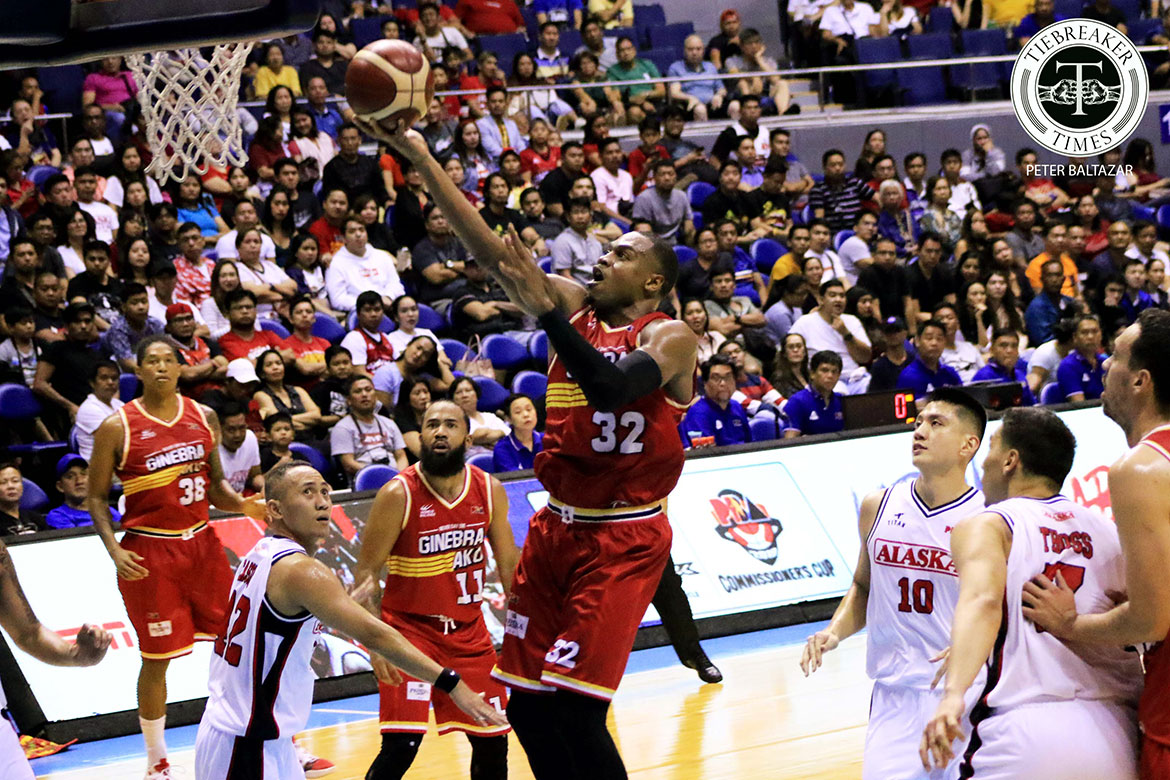 Ginebra have had games in the 2019 PBA Commissioner’s Cup where Justin Brownlee did all the heavy lifting.

Fans need not even look far for an example. Just last Friday, in their 103-111 loss to Matthew Wright and the Phoenix Pulse Fuel Masters, the reigning Best Import scored 21 of the Gin Kings’ 22 points in the fourth quarter.

But the decorated import is not one to throw his teammates under the bus despite the lack of support.

“But I think if you just stay aggressive and just stay with it, I think you will be alright,” said Brownlee, who had averaged 33.6 points and 12.8 rebounds after Friday.

Come Sunday versus the Alaska Aces, Ginebra played aggressively. And that definitely led to desirable results.

Brownlee still filled the stat sheet with 27 points, 14 rebounds, eight assists, two blocks, and a steal. Thankfully, though, he did not have to strap the team on his back. This time, three locals had 20-plus points to help the Barangay reign triumphant, 118-106.

“They played great!” said the three-time PBA champion after the win, which hiked Ginebra’s record to 5-4.

“I think we did a great job of balancing out our scoring.”

LA Tenorio and Japeth Aguilar made their presence felt for the defending champs by unloading 22 points apiece. Tenorio shot 70-percent from the line, while Aguilar also had 10 boards, two dimes, and two blocks.

But the most impressive contribution the Barangay received came from new acquisition Stanley Pringle, who had his best game in a Ginebra uniform to date. Pringle finished with 27 points, on top of eight assists and two steals.

READ  Who do the cadets want to join them in Gilas?

And it vindicated what Brownlee said after playing his first game with Pringle – that the former face of NorthPort makes the game easier for everyone.

“Like I said before, he’s making it easier for everybody,” said Brownlee, who has now spent three games with the league’s reigning scoring champion. “He’s a great playmaker, he can see the floor, he can definitely score the ball.

“He’s just gonna make it easier for everybody [by] taking the load off everybody, especially on the offensive end.”