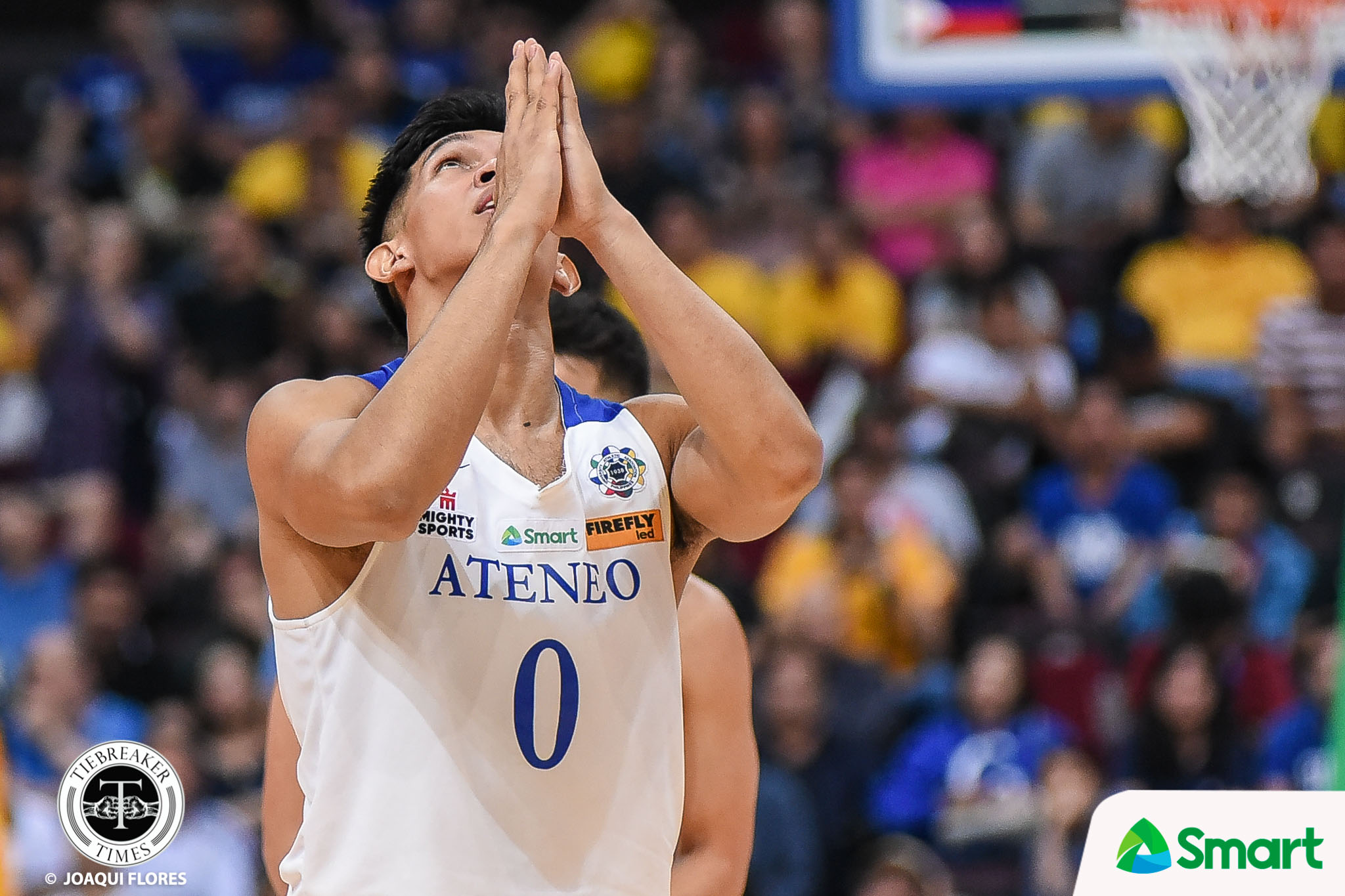 Thirdy Ravena became the first Blue Eagle to breach 20 points for the Ateneo Blue Eagles, finishing with 23 points during their 80-74 win over Adamson.

However, the two-time UAAP Finals MVP was in no mood to celebrate.

After a close first half against Adamson, Ravena exploded in the third canto to turn a three-point deficit into a 13-point cushion.

The Blue Eagles were on the verge of another cruise, but the Soaring Falcons had other plans.

Up by seven with 21.3 seconds left, Jerrick Ahanmisi drained a triple that cut the lead down, 75-71. Not only did he give Ateneo a scare, he also gave life to Adamson.

Ahanmisi was Ravena’s man on defense, while head coach Tab Baldwin had already foreseen that that was the play Franz Pumaren would draw up.

“Sobrang sama. I feel like I let the team down dahil hindi ako nakinig kay coach. It’s my bad and it’s something I need to work on.”

Fortunately for Ateneo, time was not on Adamson’s side, so they could escape with an 80-74 win to keep their immaculate record.

This game showed Ravena that despite their record, despite their dominant wins, they are still vulnerable. In addition, it made him realize that everyone is out there to beat them, not help them.

“The moment you let your guard down, lahat ng team na gusto kang talunin will have an immediate advantage on you. As a team, the more na nananalo kami, the more na kailangan naming mag-improve.”