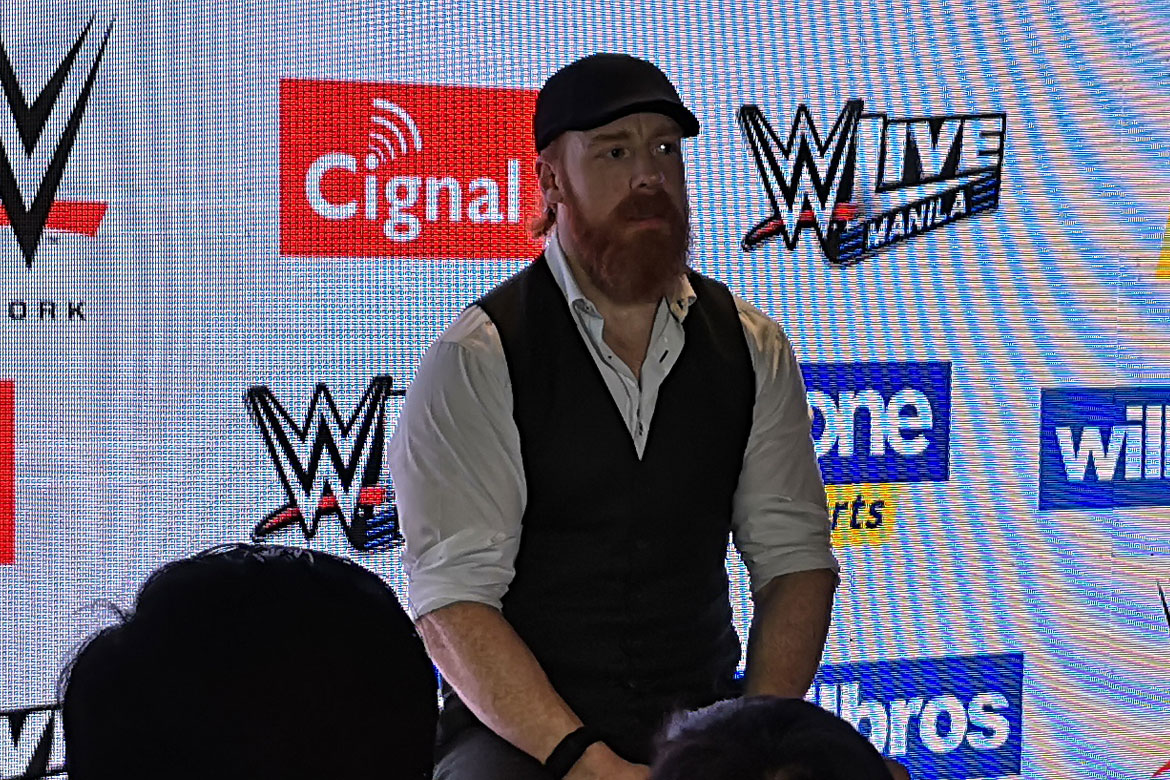 If there is one person who knows what it takes to reach the pinnacle of the World Wrestling Entertainment and remain as the top dog, then it has to be Stephen Farrelly, whom everyone knows as Sheamus.

The Dublin, Ireland native first entered the world’s biggest wrestling promotion back in 2006, and is close to capping off what would be his 13th year in the company come November 13, 2019. He’s won the WWE World Titles; the United States Championship; the Raw and SmackDown Tag Team titles with Cesaro; and the King of the Ring, Money in the Bank, and Royal Rumble as well.

In a media event to promote the WWE Live event on September 20, 2019 at the Skinny Mike’s Sports Bar in Taguig City, the 41-year-old expressed his hopes of one day witnessing a Filipino wrestler who will compete in the Vince McMahon-owned company.

“I came from Ireland. There was no real wrestling scene in Ireland… You know there’s no such thing as it can’t be done,” said Sheamus.

“Any country or any area, I have no doubt in my mind that somebody here in this country, in the Philippines, wants to be a WWE Superstar.”

Before entering the WWE, the 6-foot-4 Irishman competed in various promotions across Europe, which then led to a development contract with the said company. To say that it’s been a journey for him is an understatement.

“It takes a long time to start the training process, to go to the US, go to NXT. But there’s no reason why in five years time, there’s gonna be someone from the Philippines sitting here with this microphone answering your questions about their journey from here to WWE and promoting a show that’s coming out in your country in a couple of weeks. There’s no reason why that can’t happen,” explained Sheamus.

“You just can’t make excuses, you know? There’s always a way. Even Finn (Balor) came from Japan. His path went that way, mine came to America.”

Aside from in-ring talent, the Florida native shared that to become successful, wrestlers need to make sure that they provoke reactions from the audience.

“Watch Seth (Rollins) when he walks out… Becky (Lynch) too. It’s like that reaction to how excited they are when they first hear your music and see you walk through the curtain. That’s really important. You’re one of the guys or girls that (the fans) want to see, they pay their money to see. It’s the crowd that will let you know whether you’re over or not,” said Sheamus.

The last time Sheamus arrived in Manila, he faced off against his good friend and rival Cesaro on September 9, 2016, at the SM Mall of Asia Arena.

He is unsure whether or not he will enter the ring again, then mentioned that beating John Cena for the WWE Title back in 2009 was one of the biggest moments of his career. He still hopes, though, to win the Intercontinental Title, which will allow him to enter the Grand Slam Champions club, and face off against Brock Lesnar.

These days, however, he is focusing on his fitness channel, Celtic Warrior Workouts, which features him and a collected of WWE superstars. Right at the end, though, he had one last message for Filipino wrestling fans.

In this article:2019 WWE in Manila, Sheamus