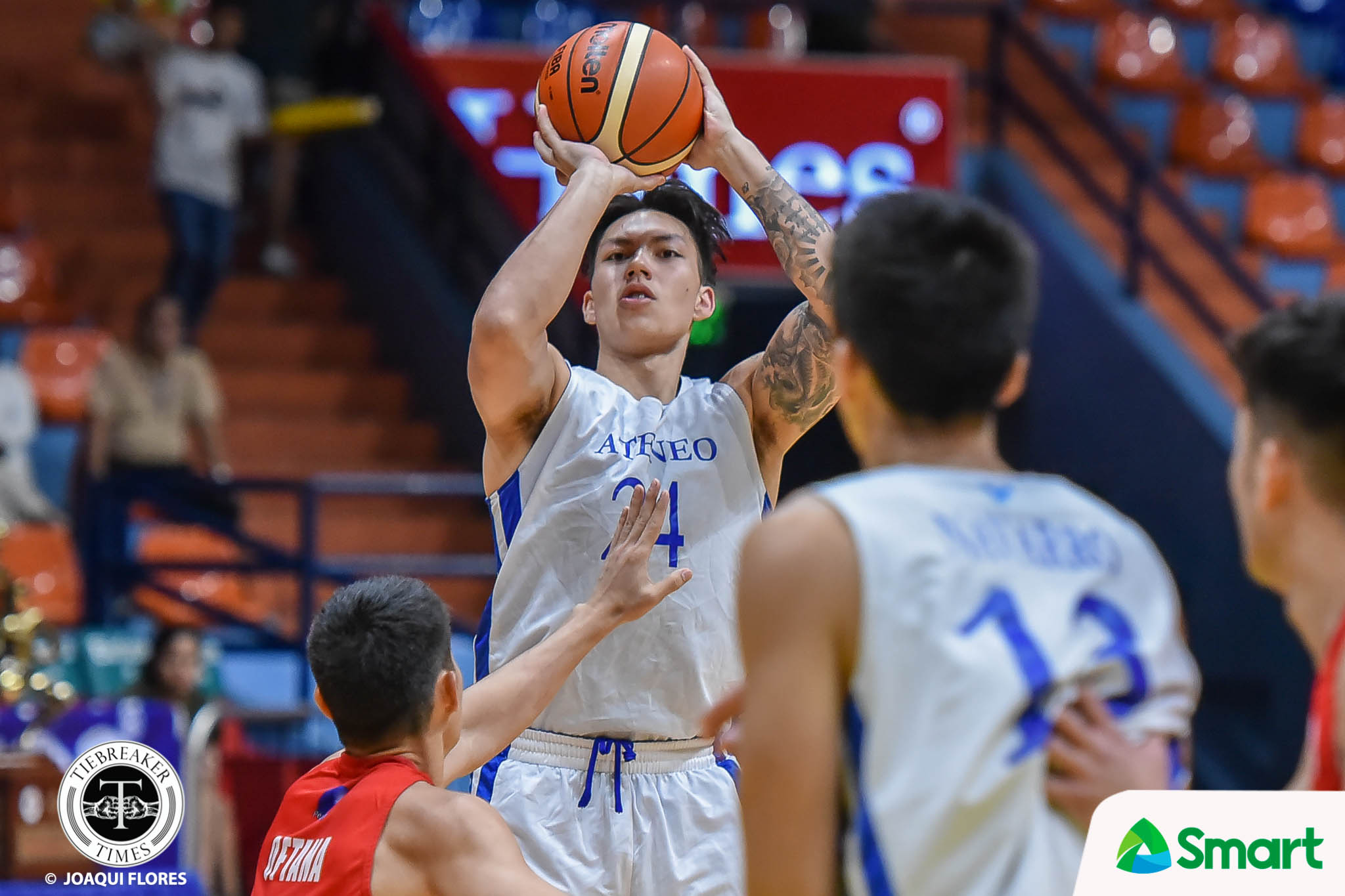 Contenders like University of the Philippines, Far Eastern University, and De La Salle University have stockpiled in order to stop Ateneo de Manila University from making it four in a row in the UAAP.

The Blue Eagles are not worried about the moves the other teams have made, though. After all, they had already done their homework for Season 83 as early as last year.

One of the biggest coups made by a college squad this decade was Ateneo getting the commitment of one Dwight Ramos.

And for Tab Baldwin, having both Ramos and 6-foot-11 Ange Kouame on one team will help his team in its quest to retain the crown despite losing Thirdy Ravena, Isaac Go, Adrian Wong, and the Nieto twins to graduation.

“I’m not big on talking about individual player impact, but certain players like an Ange Kouame do have an extraordinary impact on your roster and on the games,” said Baldwin during Coaches Unfiltered, presented by SMART Sports.

“I think Dwight has a chance to make a significant impact.”

What the normal fan forgets is that Ramos is the bluest of chips.

He spent his first two years in Division I school Cal State Fullerton as a recruit, not just a walk-in.

As a Titan, he showed that he can play with the big boys, scoring 12 points in a game against Betesda back on November 18, 2017. He also has a penchant for big games, as seen in his six points in 14 minutes outing during the 2018 Big West Tournament semis back on March 9, 2019.

“As far as the highlight reels and the average fan, they won’t see it from Dwight,” Baldwin continued.

“Dwight’s the kind of player that has across-the-board impact in a game. He’s a very intellectual player. He’s not just a great athlete with very good skills, but he impacts the game.”

Fans saw a glimpse of what Ramos can bring to a team during Gilas’ game against Indonesia during the first window of the 2021 FIBA Asia Cup Qualifiers. There, he tallied five points, five rebounds, two assists, and two steals in just 16 minutes of game time.

“He impacts the court spacing by how he plays offensively and defensively. He’s very, very unselfish. He impacts what we can do tactically because he’s a very good rebounding guard, he can play multiple positions. So his impact, I think, is going to be significant,” Baldwin stressed.

“But again, it’s not going to be such a huge statistical impact as some people might expect or want to see.”

Besides Ramos and Kouame, the Blue Eagles also have a plethora of battle-tested veterans.

As they say, no one can teach big-game experience.