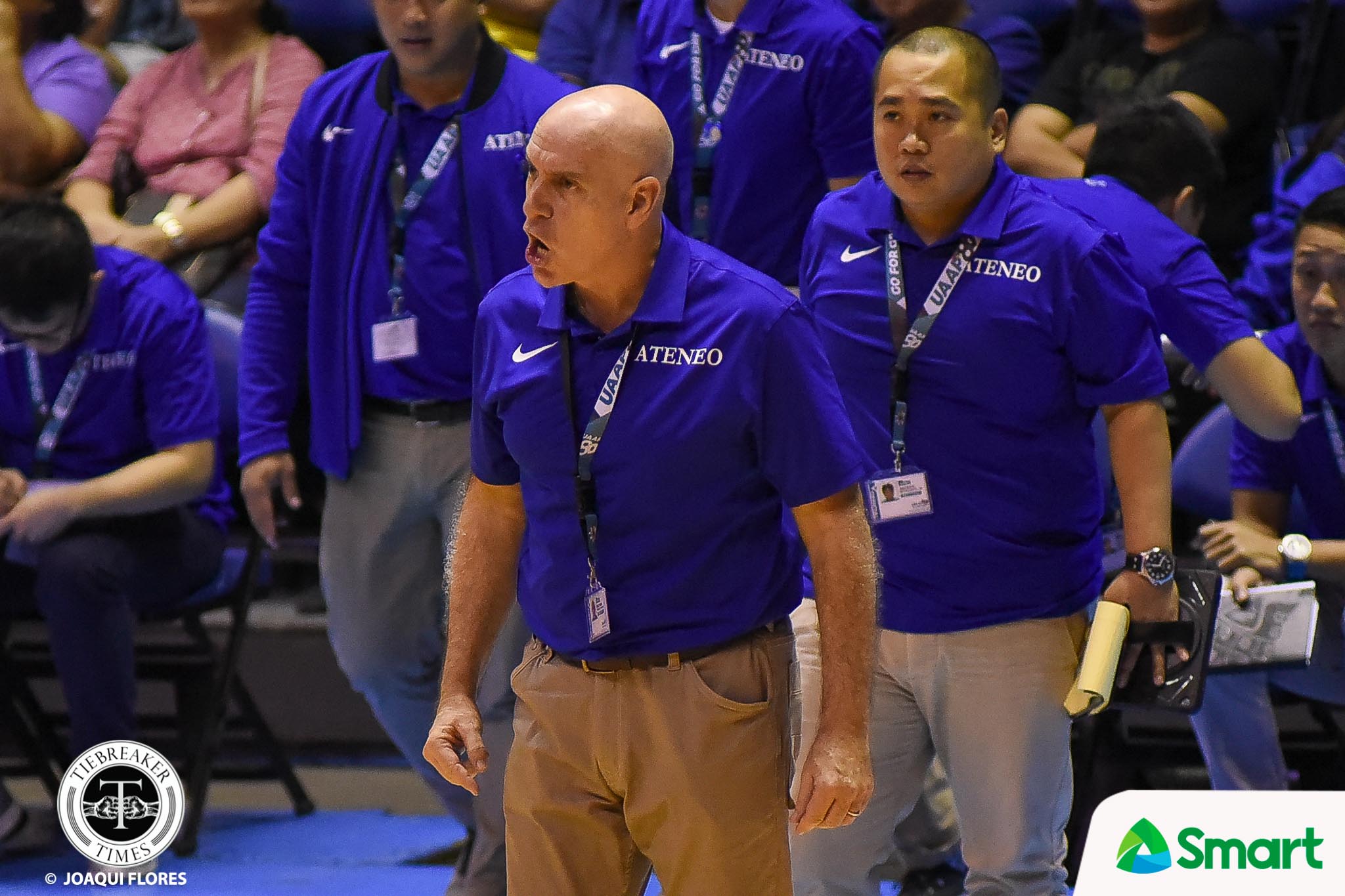 When second-year Ateneo de Manila University head coach Tab Baldwin emerged from the dugout of the SM Mall of Asia Arena after surviving an equally-hungry Far Eastern University Tamaraws squad, the American-Kiwi tactician was laser-focused on the final task at hand.

“La Salle. What else would I be thinking about? We have to move on,” said Baldwin, who had a rasp in his voice after steering the Blue Eagles to a grueling overtime victory last Wednesday.

Over a year ago, the De La Salle University Green Archers had been a cut above the rest, only losing one game en route to the UAAP Season 79 Men’s Basketball championship. It was a dominant run that saw the Aldin Ayo-mentored squad beat opponents by an average margin of 15.1 points per contest, while forcing a league-high 26.9 turnovers.

This season, though, the Blue Eagles have closed the gap. Ateneo finished the season with a league-leading 13-1 record, beating La Salle in their first game 76-75 before falling in their final outing of the elimination round, 76-79.

Though it will be hard to recover from the classic semifinals series they had with the Tamaraws, it is the job of Baldwin and his staff to make the Blue Eagles forget about what had transpired to move forward.

“I think the coaching staff has to set the tone and we got to come down from the cloud pretty quick, get our focus on the next game because we didn’t play this season just to win in the semis,” the former head coach of Gilas Pilipinas added.

“We played this season to go as far as this team is capable of going.”

Even if they lost to an in-form Green Archers during their last meeting, Baldwin believes that the Blue Eagles are a better team, and not just compared to last year — he believes they’re better than the defending champions.

“We’re a better team, as simple as that.

“We’ve proven that we are a better team all year long. I think apart from one big offensive lapse one period against La Salle, we’ve proven as good as they are, we had a terrible offensive lapse in the fourth quarter of the second game and it cost us the game,” Baldwin recalled as Ateneo was limited to just 13 points during that game’s final quarter.

“I don’t expect that my team will do that again but we have to get ourselves into a winning position first.”