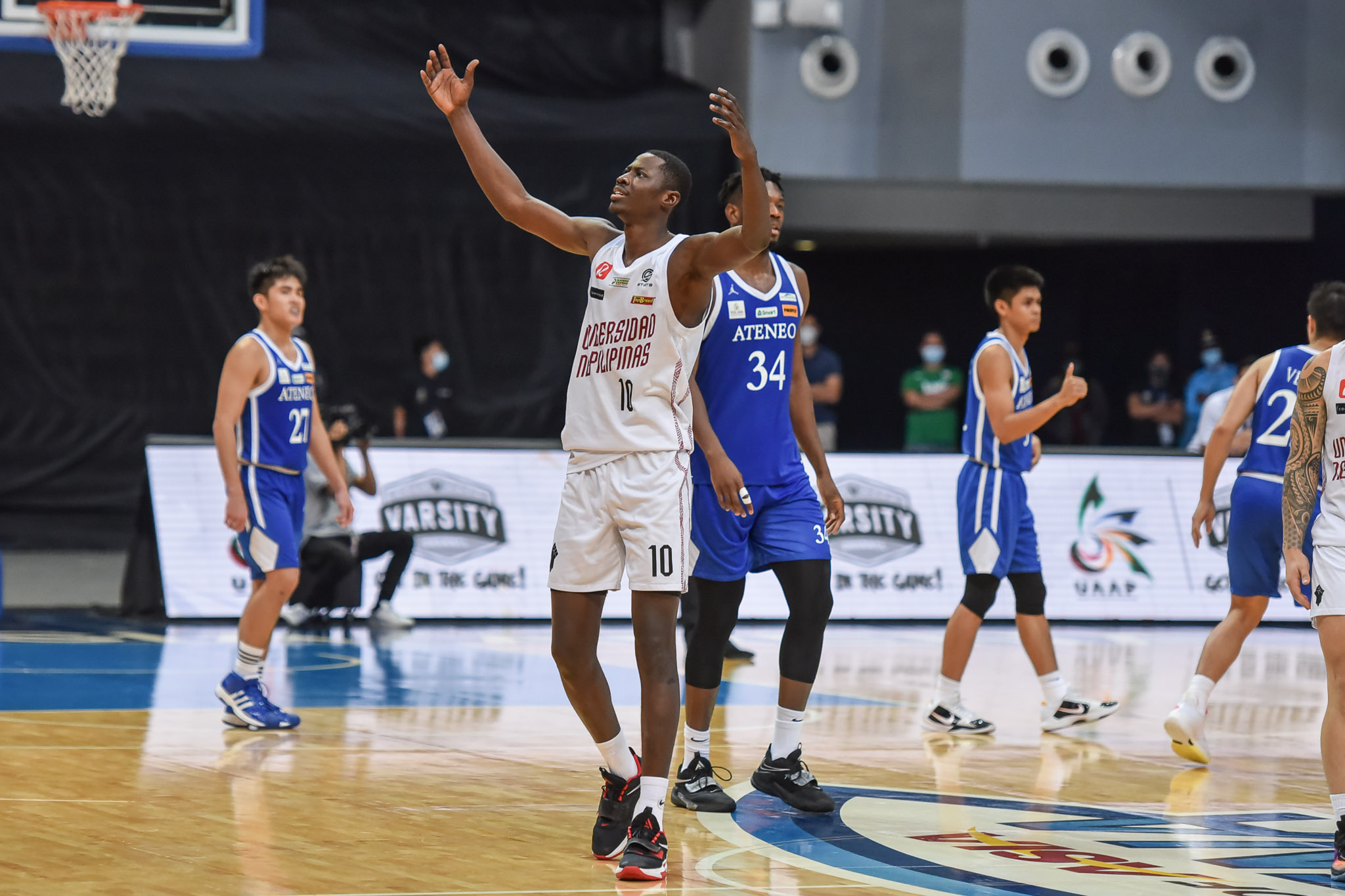 Malick Diouf was a monster in the paint, while Ricci Rivero was clutch in the end as University of the Philippines prevailed over Ateneo de Manila University, 84-83, to put the post-season of the UAAP Season 84 Men’s Basketball Tournament in a Final Four format, Sunday evening, at the SM Mall of Asia Arena in Pasay City.

The result means that the UAAP will follow a Final Four format for the first time since Season 81. Ateneo finishes the eliminations on top with 13-1; on the other hand, UP does so with 12-2 but with the satisfaction of denying Ateneo the outright finals ticket.

“Winning against Ateneo siyempre is a big achievement for us,” said UP coach Goldwin Monteverde. “One thing good for me kanina, yung team namin stayed as team no matter how close the game was.”

The game was level at 77-77 thanks to Carl Tamayo’s free throws with 5:38 left on the clock. Then Ateneo got a 77-81 edge with 4:14 to go courtesy of baskets from Dave Ildefonso and SJ Belangel.

Rivero, though, successfully fished for a foul and converted two free throws with 22.2 seconds left to give UP an 84-83 lead. The Blue Eagles then failed to convert in their next possession as Diouf seized the ball and the win.

“Whatever we talked about being a team, even in times of struggle, nakita natin kanina,” added Monteverde. “I’m happy for the win, but right now, siyempre, we have to think about the bigger picture.”

James Spencer had 12 points, while CJ Cansino had 11 points before leaving the game due to injury with 41.2 seconds in the third quarter.

Zav Lucero had nine points, and Rivero had eight points.

The Fighting Maroons had 15 points off turnovers and 17 fastbreak points to the Blue Eagles’ eight and seven respectively.

Ange Kouame led Ateneo with 21 points and 17 rebounds, while Ildefonso had 18 points. Belangel had 11 points and BJ Andrade had 10 points.

The Blue Eagles take on Far Eastern University with a twice-to-beat advantage. Meanwhile, the Fighting Maroons go up against De La Salle University with the same circumstances.