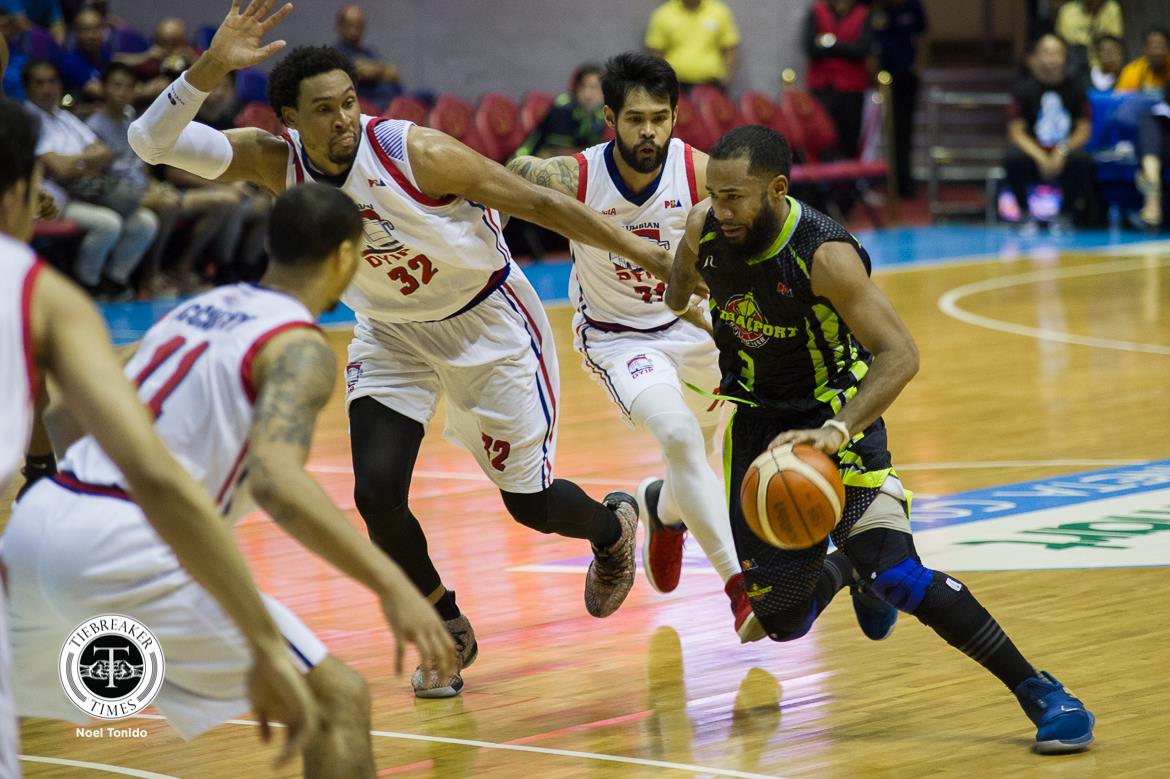 For Stanley Pringle, never did he think that he would ever score 50 points. But it happened.

The feisty combo guard shone the brightest on Wednesday evening, stacking up 50 markers to steer the GlobalPort Batang Pier to a 133-115 victory over the struggling Columbian Dyip.

Not only did he eclipse his previous career-high of 33, but Pringle also rewrote the Batang Pier’s history books. His 50 points are now the franchise’s best, beating the 45 points made by import Shawn Taggart back in 2016.

“Finally made some threes and then next thing you know I have 40 something points.”

Pringle’s statement was honest. Judging from the sidelines, the Penn State alumnus wasn’t really looking to get his 50th point in the game. But all of his teammates wanted him to do it, and he finally gave in

The cager from California, who had his 48th point at the 5:11-mark of the final frame, hit the mark with 50.9 seconds left – when everything was all but settled – through a breakaway, one-handed throwdown off a Columbian error.

“When I hit 48 then they were like, ‘Oh, get two more points, leak out.’ So I was like alright. Coach [Pido Jarencio] didn’t even want to sub me out; he was like, score two more. So I was – okay, I need two more,” the four-year league veteran reflected.

“I honestly don’t care about the fifty points, I’d rather get to the playoffs and do something in the playoffs,” he added, as his GlobalPort have now inched closer to a 2018 Commissioner’s Cup quarterfinal berth after improving to 5-5.

Pringle’s shooting and all-around brilliance made the 50-point outburst even more impressive. He shot 60 percent from the field and nailed nine triples, and he also collected six assists, five rebounds, and three steals.

This is now the first 50-point game of a local in about 14 years, or since Asi Taulava scored 51 to lead Talk N Text past Purefoods, 131-105, in a 2004 Fiesta Conference tiff, as per the league’s stats chief Fidel Mangonon.

“Last time I scored 50 I think I was in junior high, long time ago.

“I was like in seventh grade so it’s been a while. But in here, you play so many games so eventually somebody is gonna score a lot of points,” recalled the 31-year-old.

GlobalPort’s next game will be against the surging Barangay Ginebra San Miguel on July 6, Friday, at the Cuneta Astrodome. Asked if he will be able to emulate his outing versus the crowd favorites, Pringle admittedly doesn’t think so.

“Nah, I highly doubt that,” he said. “Ginebra is gonna scout us like crazy.