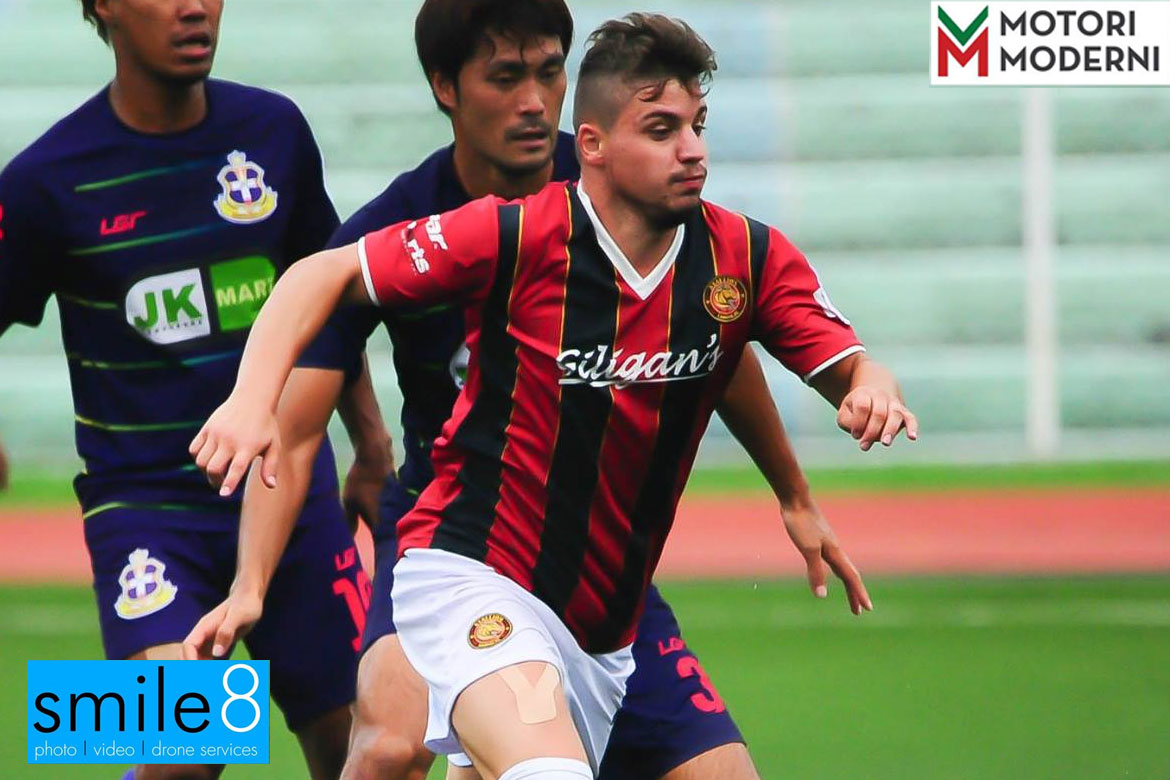 After experiencing three huge setbacks earlier in the month, July has turned out to be a great month for Stallion-Laguna, as they cap it off with their third straight triumph against a determined Ilocos United side.

Thanks to Gabriele Mascazzini’s second half goal, Stallion-Laguna managed to keep their winning run intact following a 1-0 victory against Ilocanos on Wednesday afternoon at the Biñan Sports Complex. In doing so, they have sent a warning sign to the teams vying for the top four.

Still early days in the season with the halfway point still about a month away, but the Laguna-based team didn’t do themselves many favours earlier this season. In their first 10 games, the 2013 UFL champions failed to register a single win. They were able to hold Global-Cebu at home and Meralco-Manila away but the remaining points they took were from newcomers Davao Aguilas and Ilocos United.

It looked as if the Stallions were going to languish in the bottom in the inaugural PFL season, having been sandwiched between Davao and Ilocos for almost the entirety of the league’s first two months. Yet all that changed when Stallion-Laguna picked up their first victory against JPV-Marikina, 2-0, just a week ago. Then another game against a team that briefly topped the standings saw them win back-to-back with Jhanjhan Melliza spearheading the Stallion resurgence.

The former Far Eastern University Tamaraw striker pocketed three of the four goals his team registered over 180 minutes of against the hapless JPV side. The scorer of the other goal in the mini-series was new signing Mascazzini. The Swiss midfielder grabbed the vital equalizer in the second game against the Marikina side three days before rising to the occasion once again.

In what was a cagey affair against the Ilocanos, a quick counterattack initiated by Melliza 71 minutes into the match led to the decisive moment in the game. He found Fitch Arboleda, who returned the ball to the forward. Melissa’s shot was initially blocked but he recovered possession before setting up the former Lugano U21 talisman who slotted in the winner.

Now with 13 points, Stallion-Laguna will look to keep the good times rolling when they prepare to host Kaya-Makati on Sunday. Ilocos United, meanwhile, will be hoping that their encouraging performances in the last two outings away from home will yield a better result when they return home against slumping JPV-Marikina. Both games will be played at 4pm.

Even after 10 years of service, playing for Gilas still excites Gabe Norwood