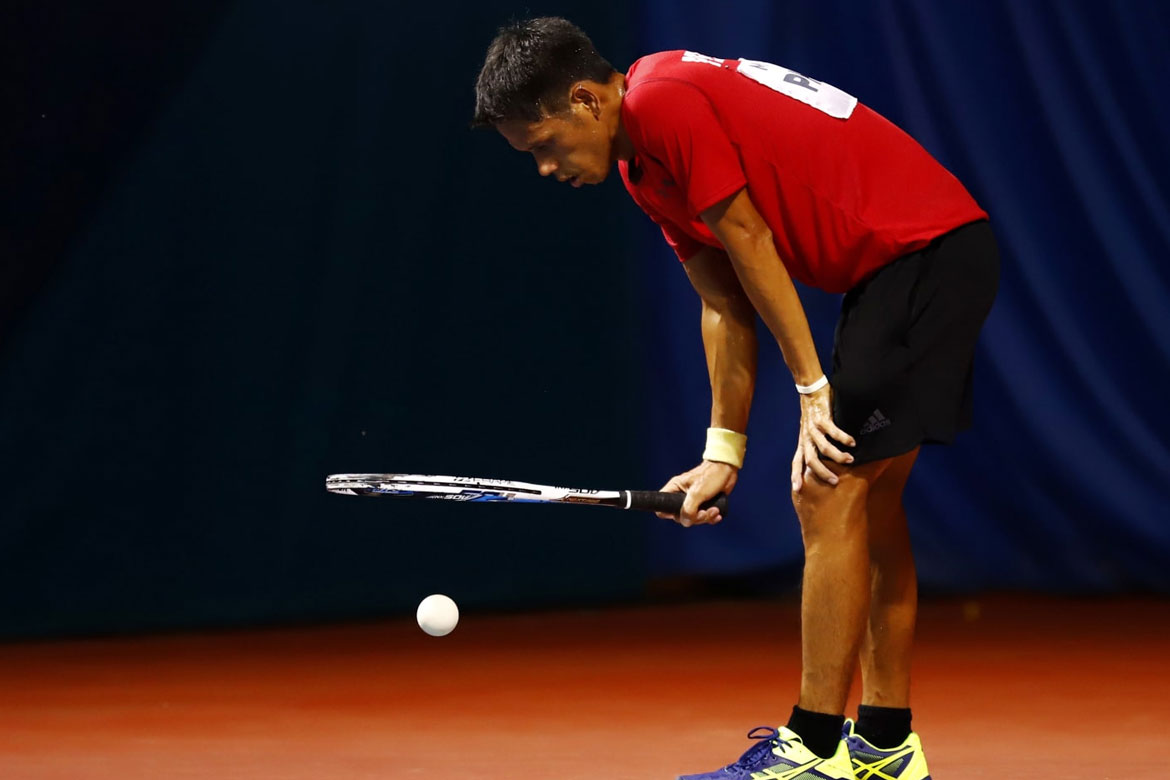 Noelle Manalac lost a rain-delayed match to bow out early in the soft tennis competitions of the 18th Asian Games at the Jakabaring Sport City courts.

Manalac, who reached the quarterfinals of the Incheon 2014 Games, could not do any better this time following a 3-4 setback to South Korea’s Kim Mi Hyang.

Manalac took an early 1-0 lead in the best-of-7 match but just couldn’t hang on as the Korean rallied to tie count at 3-all, forcing a race-to-7 tie-breaker in their Pool A match.

With an intermittent heavy downpour suspending play for more than an hour in the afternoon, Manalac’s game went cold and he eventually succumbed to Kim, 1-7, underscoring the Filipinos’ gloomy start in the five-day tourney.

The Filipina, who played her third Asian Games, earlier whipped Pakistan’s Syeda Saidi, 4-0, to set up her pivotal match with the Korean.

Only the top finisher in each pool advances to the quarterfinals.

Noel Damian Jr. lost to Korean world number-one Kim Donghoon, 0-4, to also crash out, but he capped his campaign in Pool A with a 4-3 triumph over Mongolia’s Telmen Exbataar.

Also eliminated in Pool H was Ramon Arcilla, who lost, 1-4, to Korea’s So Je Il.