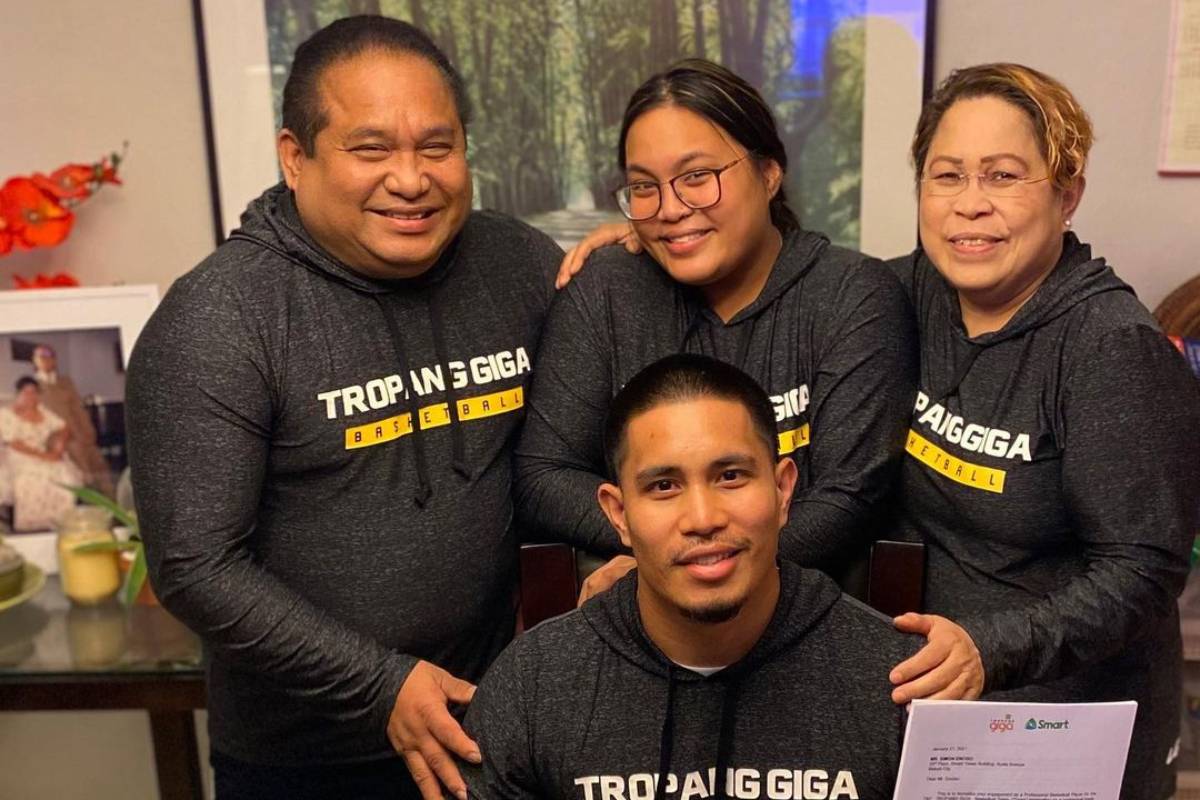 The 5-foot-10 gunslinger happily shared via Instagram on Wednesday morning (Manila time) that he has signed an extension with TNT Tropang Giga. He also posted a photo of him and his supportive family along with the contract.

He inked a two-year deal, per team manager Gabby Cui.

“Thank you to Boss MVP [Manny V. Pangilinan], Boss Ricky Vargas, and TNT for giving me another opportunity to play this game I love,” wrote Enciso, who’s turning 30 on February 12 and is currently in California.

“Also thank you to my family, friends, and loved ones you know who you are! Thank you for always being there for me and supporting me on this basketball journey! I can honestly say I’m truly blessed.”

Enciso arrived at the flagship MVP franchise back in January 2020 on a trade from Alaska in exchange for Mike DiGregorio and a future first-round pick. He then immediately proved his worth in his first season.

The cager from San Francisco, California served as a back-up to main man Jayson Castro, becoming a key part in the Tropang Giga’s return to the Philippine Cup Finals after seven long years.

He then averaged 12.0 points on 42-percent shooting from deep along with 2.4 assists in the semifinals. His performances helped his side come back from a 1-2 deficit in the best-of-five series to give the Phoenix Super LPG the boot.

Enciso continued his ways in the Finals. He normed 13.0 markers, including a 17-point output in Game Five. And he was among those trying to hold down the fort for an injury-hit Tropa, although they bowed to eventual champs Ginebra.

#ReadMore  Adiwang sees seven-fight streak snapped by Japanese foe in ONE: Inside The Matrix