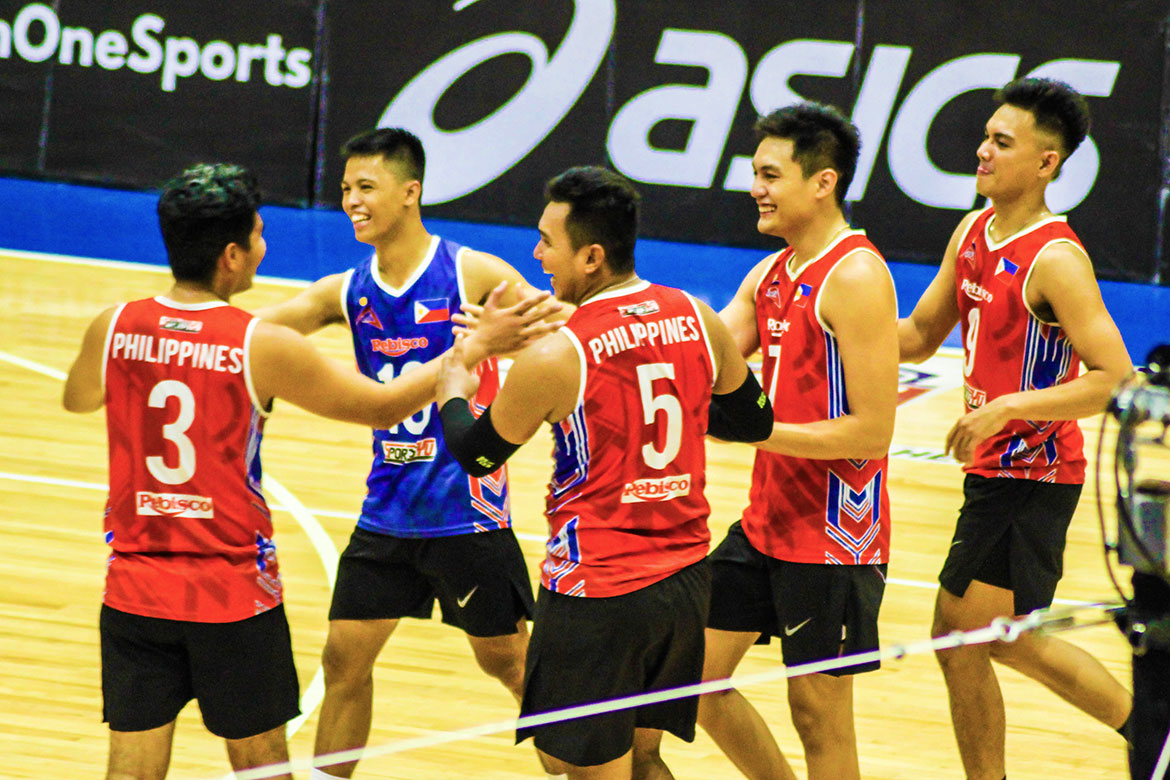 Playing without four of their top spikers, the Rebisco-Philippines leaned on Fauzi Ismail as they outmuscled the young Animo Green Spikers in straight-sets, 25-23, 25-14, 25-16, in the 2019 Spikers’ Turf Reinforced Conference at the Paco Arena, Thursday.

Ismail took the cudgels and fired 13 points to lead Rebisco while Ranran Abdilla and Rex Intal added 11 and nine, respectively.

Kieffer Reyes sliced Rebisco’s lead to three, 15-18, in the third set. However, multiple errors from Animo’s side buried them deep late in the game and a Rex Intal block bagged the victory for the Philippines.

Animo, who dropped to a 4-3 standing, was led by Vince Abrot with 10 points. 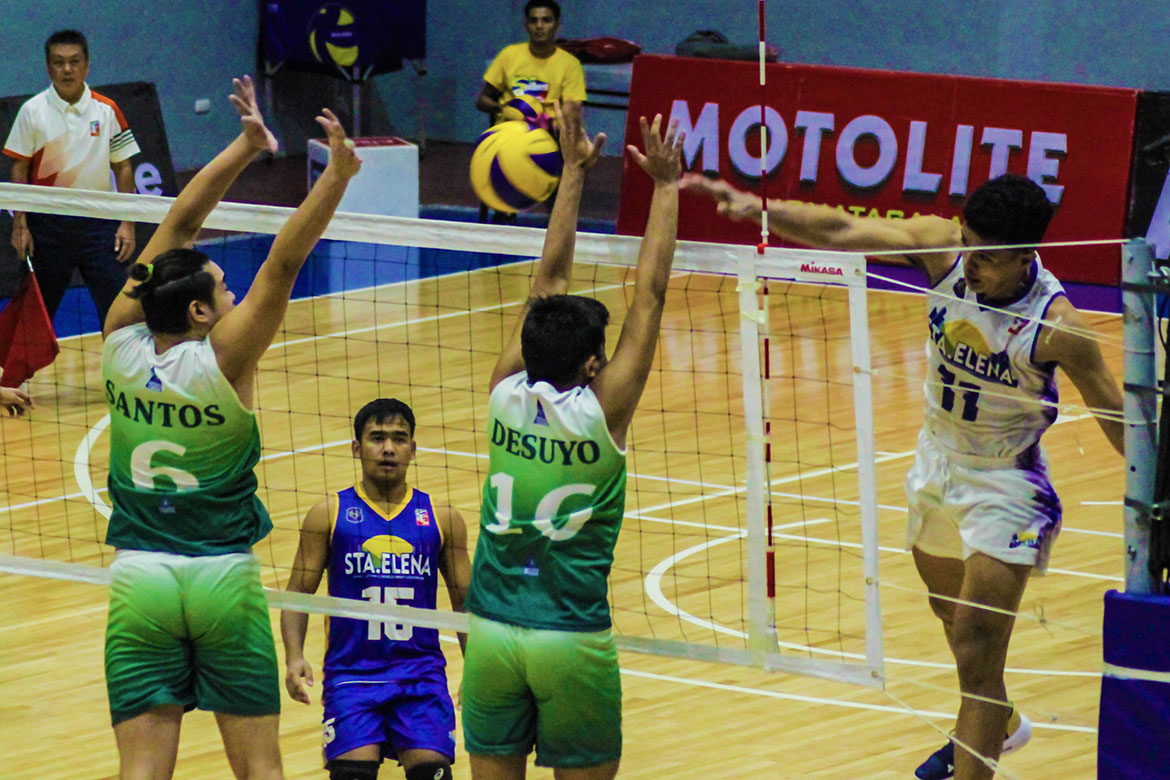 The Ball Hammers established their presence early in the game after taking a two-sets-to-none lead against the Volley Masters. IEM then stunned Sta. Elena as they took the third and fourth sets via a Joven Camaganakan kill which sent the game to a deciding fifth set.

It was a nip-and-tuck affair in the final stanza which saw both teams exchanging points back and forth. With the game at the tip of Sta. Elena’s hands, 14-13, an attack error from Nico Almendras sent the game to a deuce.

With the game tied at 20-all, Almendras atoned for his mistakes as he converted a kill following a service error from Lorenz Santos to seal the deal for the Ball Hammers.

Camposano fired 24 markers while fellow NU Bulldogs Berhashidin Daymil and Almedras chipped in 18 and 14, respectively to give Sta. Elena its fourth win of the conference.

On the other hand, Palisoc led the Volley Masters’ gallant stand with 23 points built on 19 attacks, three blocks, and an ace while Enciso contributed 16 points. 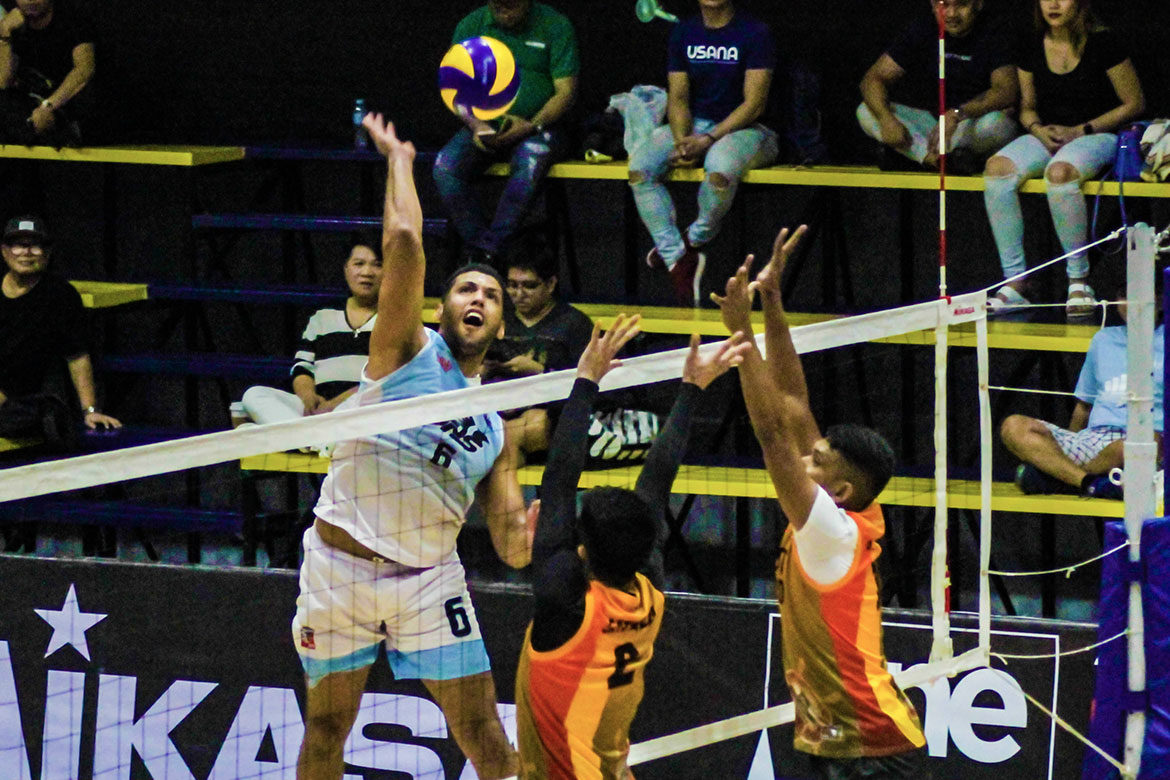 READ  Bo Perasol on expectations for UP: 'You can't just microwave growth'

Meanwhile, Esmail Kasim tallied 12 points on eight attacks, three aces, and a block for the Dolphins, who have lost seven games in as many tries.

Kalei Mau on choosing F2: ‘I thought about what team will benefit me as a player’