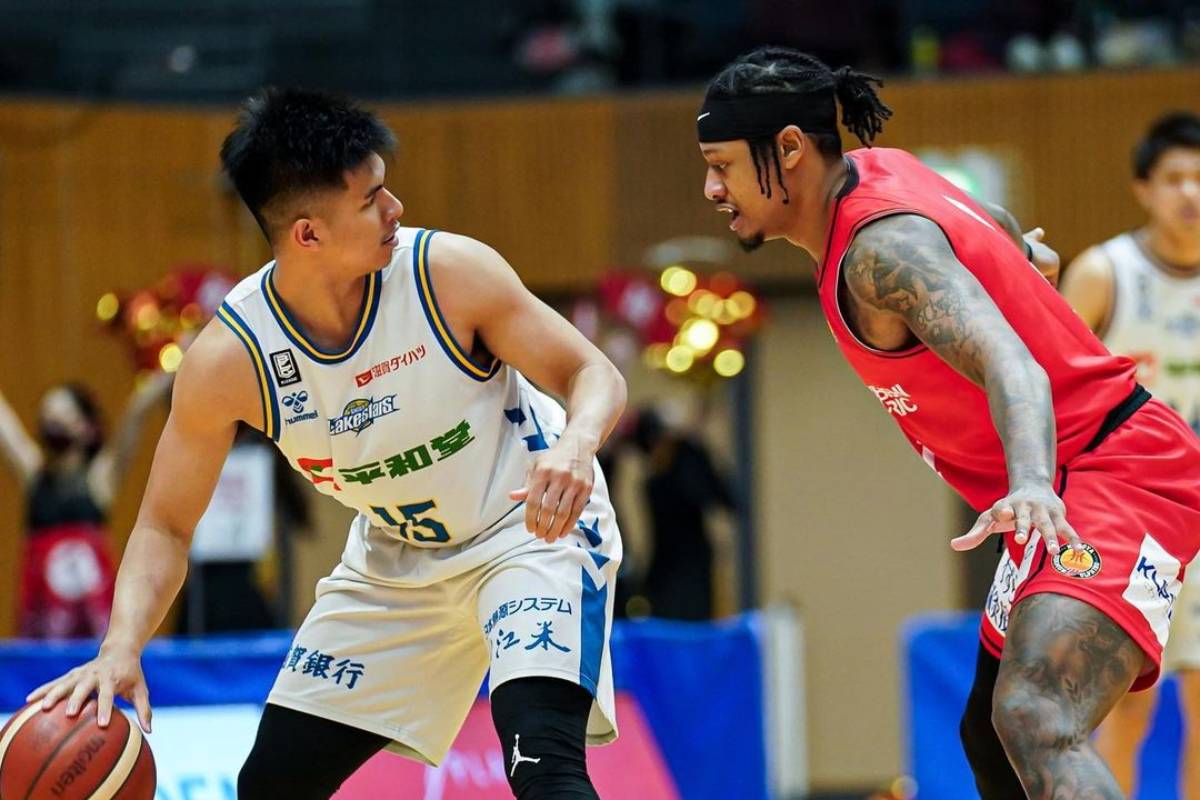 It will be at least a full month before Kiefer Ravena and Shiga return to the B.League.

The league has announced that it has cancelled the next five games of the Lakestars. Two players from the team have tested positive for COVID-19 while several players made close contact with them.

Shiga was supposed to take on Gunma this weekend at Ota City Athletic Park Citizens Gymnasium.

Also scrapped was their game against Mikawa at Sky Hall Toyoda on February 2; and the third and fourth round clash between Ravena and Shiga against Ray Parks and Nagoya on February 5 and 6 at YMIT Arena.

The B.League will be taking a two week break after their February 5 and 6 games to make way for the 2023 FIBA World Cup Asian Qualifiers.

Shiga is currently 9-17 in the standings.

The last game Shiga played was back on January 2 and 3, suffering twin losses against Akita at Ukaruchan Arena.

The next game of Shiga will be on February 26 and 27. Kiefer faces bro Thirdy and San-En at Hamamatsu Arena.