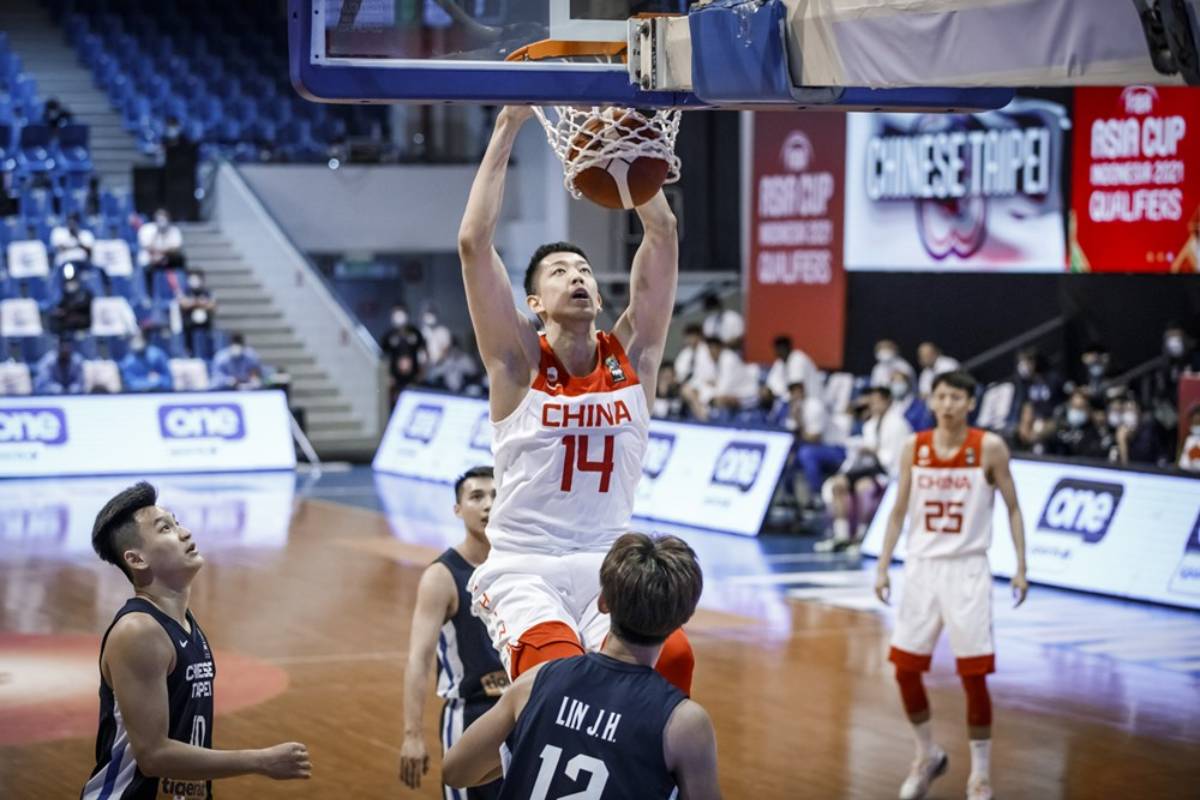 China completed its four-game sweep of the 2021 FIBA Asia Cup Qualifiers after dominating Chinese Taipei once again, 91-73, in the final game of the tilt Sunday evening at the AUF Sports and Cultural Center in Angeles, Pampanga.

Team Dragon faced some challenges from their younger counterparts early before breaking the game wide open in the second half on their way to securing a spot in the tournament proper to be held in Jakarta, Indonesia in August.

“As I said before, this is a new team. We have not been together for a long time. But we have reached our basic target. We are working hard, and we also showed unity by fighting hard every game,” said head coach Du Feng.

Zhou Peng paced the Chinese with 21 points. Shen Zijie churned out a double-double of 18 points and 14 rebounds, as he played through the injury he suffered during their first meeting with the Taiwanese last Thursday.

China only held a 10-point lead at the half but regained their usual form in the third quarter, erupting for 27 points in the period to enter the game’s final 10 minutes with a commanding 76-53 advantage.

“For today’s game, our concentration was not enough and this is something we need to improve on,” said Feng.

Feng sat out former NBA player Zhou Qi in the match. The 7-foot-1 center played Saturday versus Japan — his first and only game in the Qualifiers as he continues to recover from an eye procedure last Sunday.

#ReadMore  Daniels strikes as Kaya picks up PFL win no. 2 at ADT's expense

China will stay for a few more days in Clark as it will play Gilas Pilipinas in a pair of tuneup games as both teams are preparing for their respective FIBA Olympic Qualifying Tournaments next week.

“In the following days, we have the support to play two tune-up games. Gilas played good games in this tournament. For these two games, it will be a good experience for us before flying to Canada,” said Feng.

Meanwhile, Wu Chia Chun had 13 points to lead Chinese Taipei, who finished with a 1-4 card. The Taiwanese are now hoping to book a slot in the qualifying draw among each group’s third-placers before the Asia Cup proper.