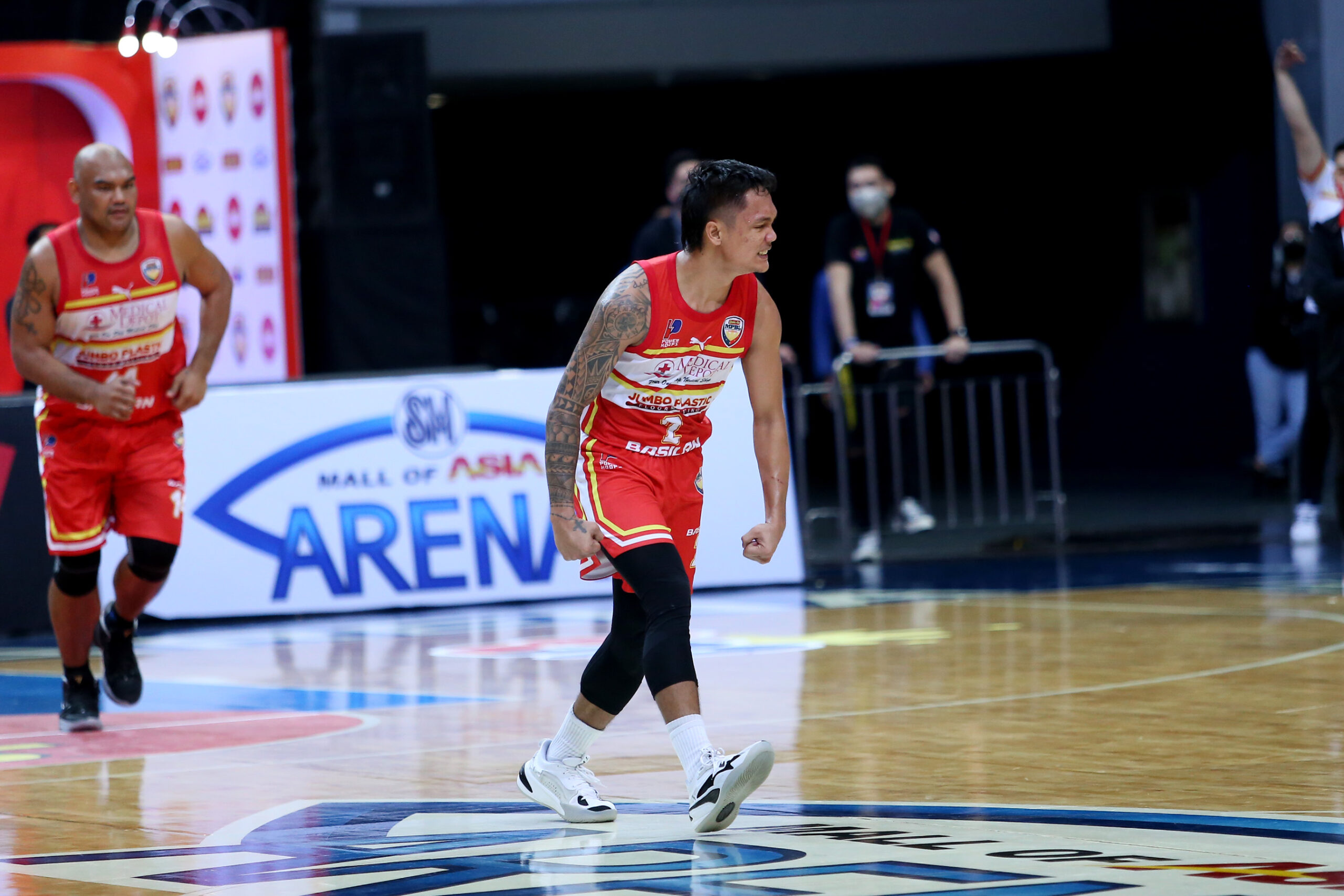 Encho Serrano made sure that the Basilan-Jumbo Plastic Medical Depot got the last playoff spot in Pool B in the Chooks-to-Go Maharlika Pilipinas Basketball League Invitational, eliminating Makati-FSD with an 80-79 win, Monday at the SM Mall of Asia Arena.

Makati needed to beat Basilan by 10 points in order to advance to the playoffs and knock off the defending Chooks-to-Go VisMin Super Cup champions. Unfortunately for the Blazers, they could not even take the win.

In their quarters-clinching win, Serrano erupted for 29 points on 11-of-14 shooting. He also had five rebounds and three assists in 25 minutes and 41 seconds of action.

The former La Salle standout also provided the clutch freebie in the end game to help the Medical Depot-backed team fend off the upset-seeking Blazers.

Rence Alcoriza knocked down a huge trey with nine seconds left to put Makati to within three, 76-79. But Serrano split his freebies on the other end to put a four-point buffer for Basilan.

Jopher Custodio drained another trey with three seconds left but it was not enough as Basilan ran away with the win.

“We just need to forget about the eliminations already,” said Basilan head coach Jerson Cabiltes. “It’s gonna be back to zero already. It’s a win-or-go-home game, so definitely we’re gonna go all out tomorrow.

Michael Juico contributed 13 points, six assists, and four rebounds for Basilan while Jay Collado and Jonathan Uyloan each had 10 markers.

Basilan notched the top seed in Pool B after ending the group stage with a 4-0 standing.

Basilan will face Mindoro-EOG Burlington in the quarterfinals tomorrow at 5:00 PM. On the other hand, Bicol takes on Imus-Buracai de Laiya at 7:30 PM.

In other matchups, Pasig-Sta Lucia squares off against San Juan-GFG AICC at 2:30 PM. Meanwhile, the Nueva Ecija and Iloilo game will be at 10:00 PM.

Makati ended its campaign with a 2-2 slate.

Jess Mar Villahermosa top-scored for the Blazers with 18 points along with seven assists and three rebounds. Lord Casajeros followed with 16 points, three rebounds, and three assists.

Makati’s Michael Castellano suffered a right knee injury with 1:56 left in the game. He landed awkwardly after an off-balance shot attempt.