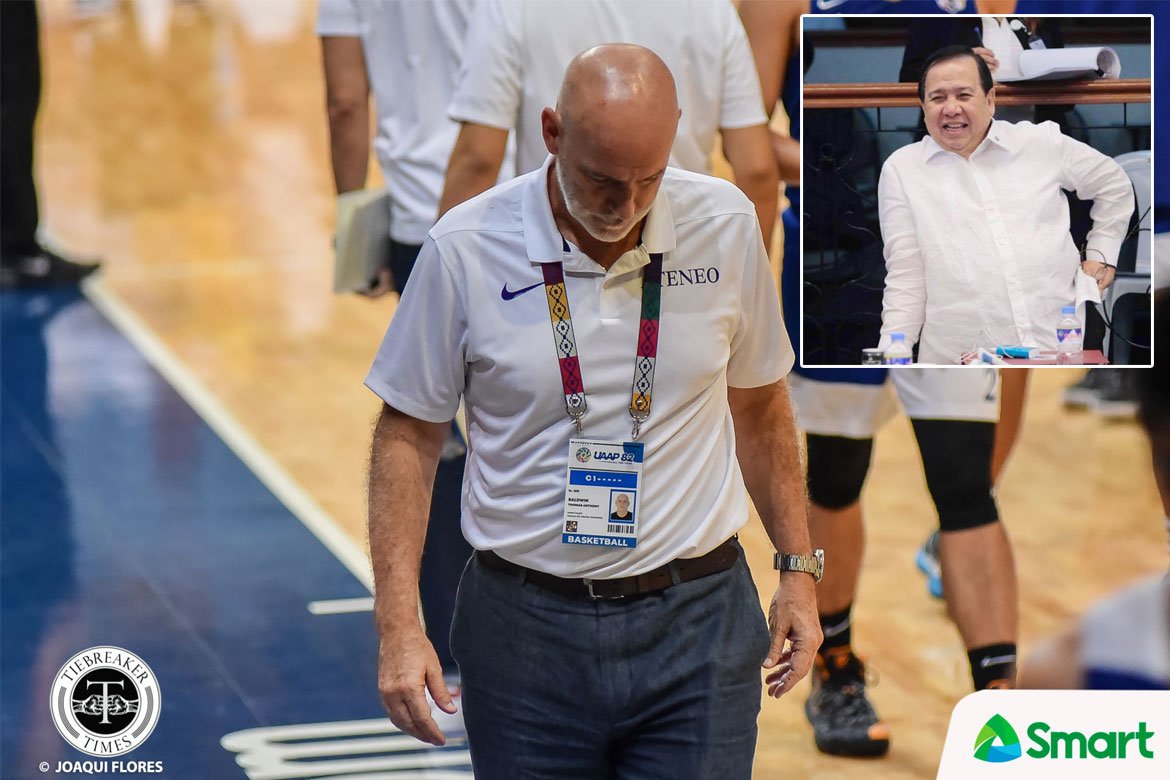 Baldwin, who is also the head coach of Ateneo and program director of Gilas Pilipinas, was handed a PHP 75,000 fine and a three-game suspension for the comments he made in Tiebreaker Vods’ Coaches Unfiltered, presented by SMART last June 11.

“The PBA’s recent decision to suspend Tab Baldwin and fine him for his comments about the league, its officiating and the country’s local coaches is uncalled for. The association should have looked at the message and not shot the messenger,” read Gordon’s post. Gordon is an Ateneo alumnus and was part of the Blue Babble Batallion.

“You may not agree with him but you don’t penalize him.”

The PBA has the authority to penalize Baldwin, as he is part of club team TNT. The American-Kiwi mentor is listed as an assistant coach under head coach Bong Ravena.

Gordon then shared that Baldwin’s suggestions to Philippine basketball are valid. since he has coached two national teams in FIBA competitions.

Moreover, the 74-year-old lawmaker shared that Baldwin’s formula for success in the collegiate game is “discipline, team offense, team defense, next man up”.

For Gordon, Baldwin’s suggestions — including having more games for PBA mentors to coach, and having two guest players in import-laden conferences — will only do good for the Philippine-style of play.

“I think he is one of the finest coaches that ever came to the Philippines. Our players are good but they need coaching and they need to be disciplined,” said Gordon.

“Not listening to him is our loss.”