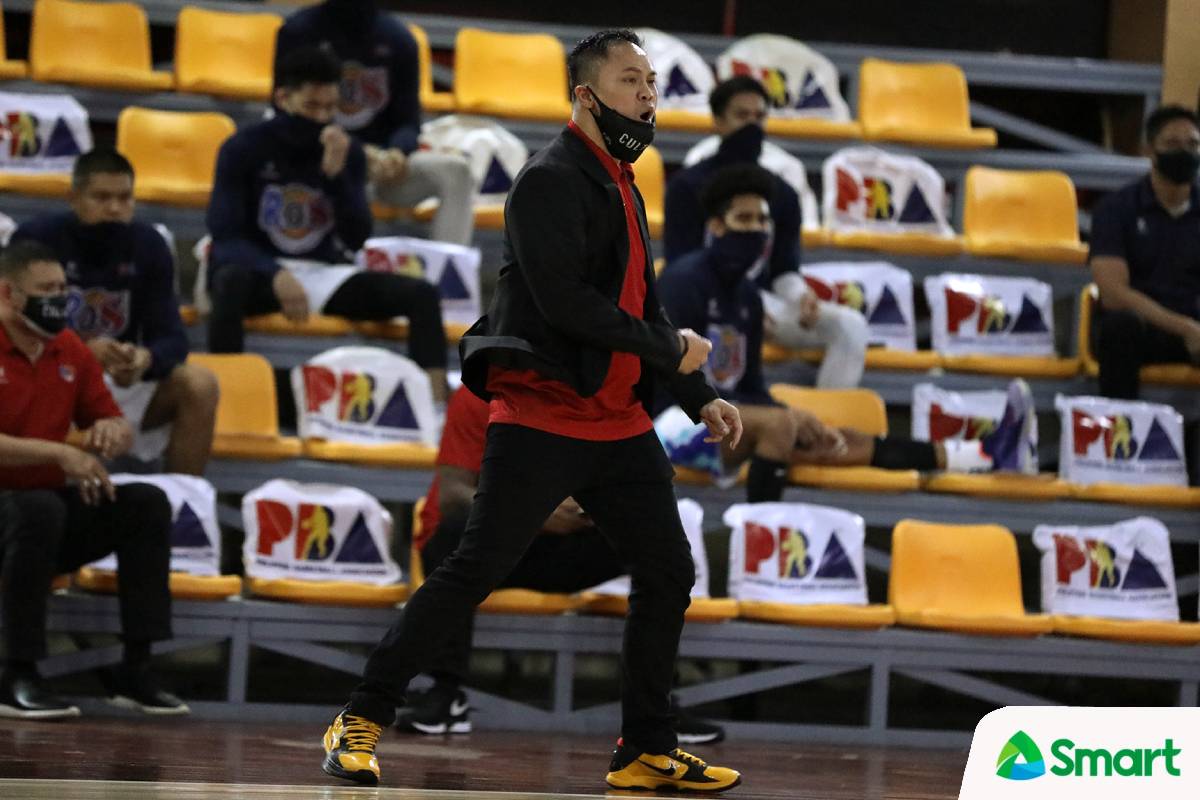 Rain or Shine head coach Chris Gavina likes how things have been going thus far for his crew as the 2021 PBA Philippine Cup playoff race heats up.

The Elasto Painters on Sunday took down title favorites San Miguel Beer through a 95-93 down-the-wire victory. That completes a memorable week as they defeated two of the three SMC-owned ball clubs within a three-day span.

After bowing to reigning champions Barangay Ginebra last Wednesday, they bounced back versus Magnolia in a clash of defense-oriented squads. Then they sneaked past SMB thanks to Rey Nambatac’s late-game heroics. 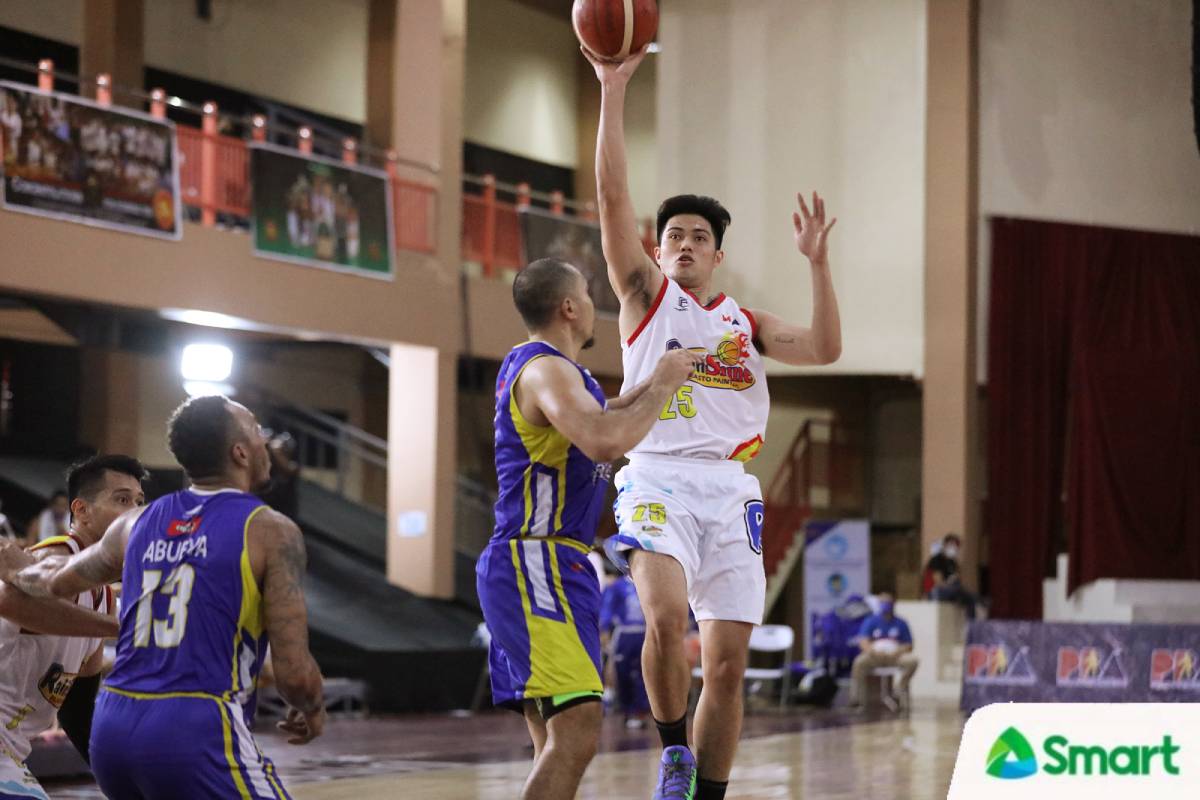 Following those huge victories, Rain or Shine improved to 6-4. It is currently sitting in fifth in the team standings.

“It takes us in another step towards the right direction moving towards the playoffs,” said Gavina moments after their conquest of the Beermen at the Don Honorio Ventura State University Gym in Bacolor, Pampanga.

Still, the youthful mentor said that his Elasto Painters are still a work in progress, particularly in being effective on both ends of the floor. 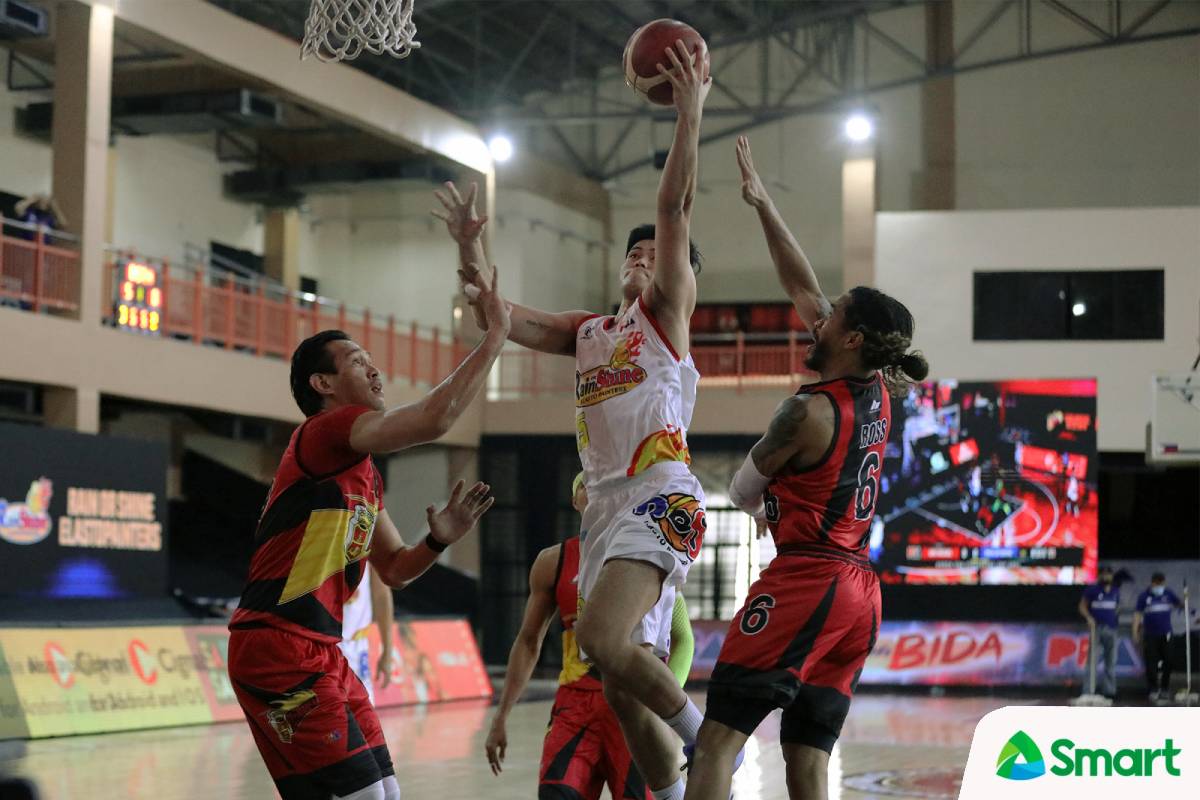 “We’re definitely a work in progress with regards to how we want to score in the higher 80s or 90s, to kind of combine it with our elite defense,” he said.

Rain or Shine has clearly been one of the top defensive teams in this conference. On the other hand, it hasn’t scored much in their previous games – averaging just 74.2 points per outing.

But if it’s any indication, Sunday saw the Elasto Painters drop a conference-best 95. And for Gavina, that’s thanks to the response of his wards.

Versus San Miguel, Santi Santillan had 21 points, followed by Javee Mocon’s 18. Another rookie Anton Asistio had 11 as all but four of ROS players scored at least two points in the victory.

“We feel that we can get a lot of contributions from our rookies. Santi, Anton, Andrei [Caracut] have all given us the much-needed point production. Of course, you can’t forget James [Yap] of his level of experience and veteran leadership and his ability to get to the basket.

“We have our mainstays of Rey and Javee to be consistent. I told these guys it’s going to take a complete collective effort today to beat a grizzled champion San Miguel team. And we pulled it out,” he said.