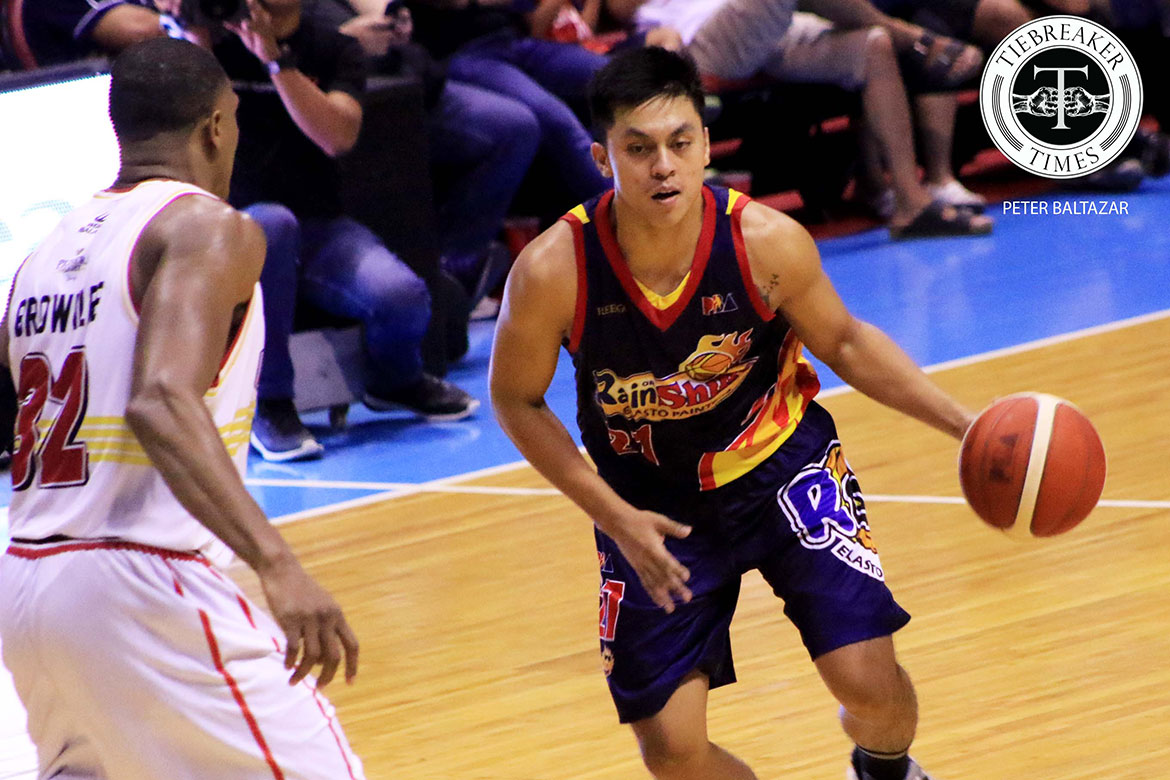 Moments after Rain or Shine went down 0-2 in the 2019 PBA Commissioner’s Cup after a stinging loss to Blackwater Elite last June 2, Elasto Painters head coach Caloy Garcia challenged his locals to deliver in their next games.

That’s exactly what sophomore guard Rey Nambatac did on Friday, when they faced defending champs Ginebra.

The young gun out of the Letran Knights program exploded for a career-best 30 points on an excellent 71.4-percent shooting clip — including 7-of-11 from three-point territory — on top of two rebounds and an assist.

And most importantly, the Elasto Painters won, 104-81, to break through in the mid-season conference.

“We let Nambatac… He played a great game, and he’s been playing great. We let him be a Michael Jordan out there,” said Ginebra head coach Tim Cone.

“He was everywhere doing anything he wanted, hitting shots he wanted.”

Meanwhile, Garcia said that he is actually trying to convert Nambatac to be more of a point guard, which is why the gunslinger struggled in their first two games, as he averaged just a measly 4.5 points.

“In the first two games, he only scored two, four points yata. Ang problema kasi, his mentality is really a scorer’s mentality. So nag-usap kami, he told me kung pwedeng kasabay ko si ganito para at least he can try to run the floor better.

“Kasi binigla ko siya na start of the conference to be a legit point guard,” Garcia said. “So medyo hindi niya nai-set up yung teammates niya, but then he has to learn from this. Sabi ko nga sa kanya, if he feels it, just keep on shooting, kasi we need his scoring.”

Nambatac admitted converting to a point guard brings pressure, since he’s not ussed to the position. But he is trying his best, and he is thankful that Garcia and the other coaches are being patient with him.