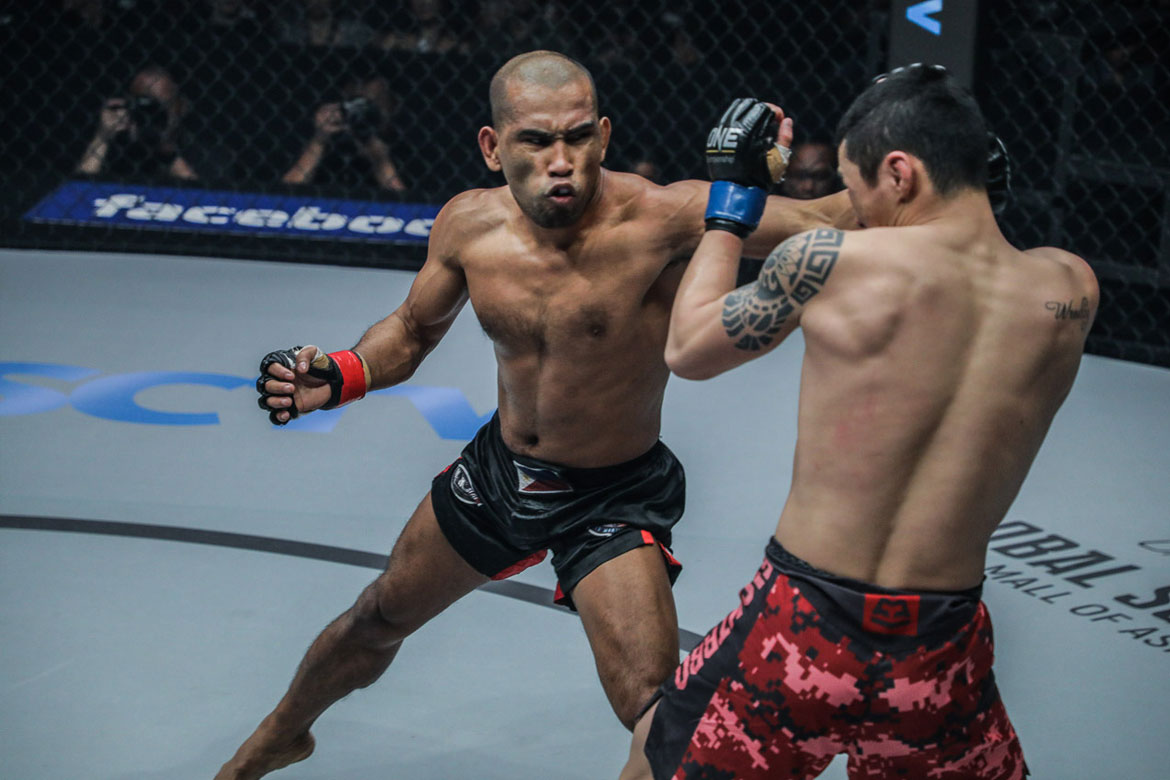 Filipino fighter Rene Catalan made his sixth appearance inside the ONE Championship cage at ONE: Kings of Courage, held at the Jakarta Convention Center in Indonesia, Saturday evening. He faced 21-year-old Chinese athlete Peng Xue Wen in the opening main card bout, and leaned on his elite wushu skills to stop the young star at the 4:22 mark of the second round.

The victory improves Catalan’s record to 4-2 (1 NC), extends his winning streak to four, and gives him the first TKO stoppage of his martial arts career, as he bids to climb the strawweight ladder in search of the ONE Strawweight World Championship.

“The Challenger” came out in the southpaw stance to open the bout, throwing big hooks and a head kick that narrowly missed as he established the center of the cage from the start of the contest.

The Filipino landed a host of powerful strikes, including a perfectly-placed uppercut and a melee of punishing leg kicks, but Peng’s conditioning and composure kept him in the match as he looked to stand and trade with the man 18 years his elder.

Catalan picked up where he left off when the bout resumed in the second round, this time operating out of the orthodox stance, landing more leg kicks and continuing to deny Peng any space to work.

Despite his dominance on the feet, there was a brief moment of concern for the Filipino on the mat when he jumped into the Chinese wrestler’s guard mid-way through the second round, and immediately found himself in a triangle choke. But the Filipino kept his composure and managed to work himself free.

Once the fighters returned to their feet, Catalan poured on the pressure in search of a finish, and he got it with just 38 seconds remaining in the stanza.

“The Challenger” scored big with a liver shot, then unloaded a fierce flurry of punches that forced Peng onto his back foot. Another shot forced Peng to the mat, where a salvo of ground and pound from Catalan eventually forced the TKO stoppage as referee Olivier Coste stepped in to halt the contest.

“The Challenger” picks up a thrilling victory over Peng Xue Wen, winning via TKO in Round 2! #KingsOfCourage #Jakarta #MartialArts pic.twitter.com/c34Dq4bNwK

Photo, story, and video from ONE Championship

Related Topics:Rene Catalan
Up Next