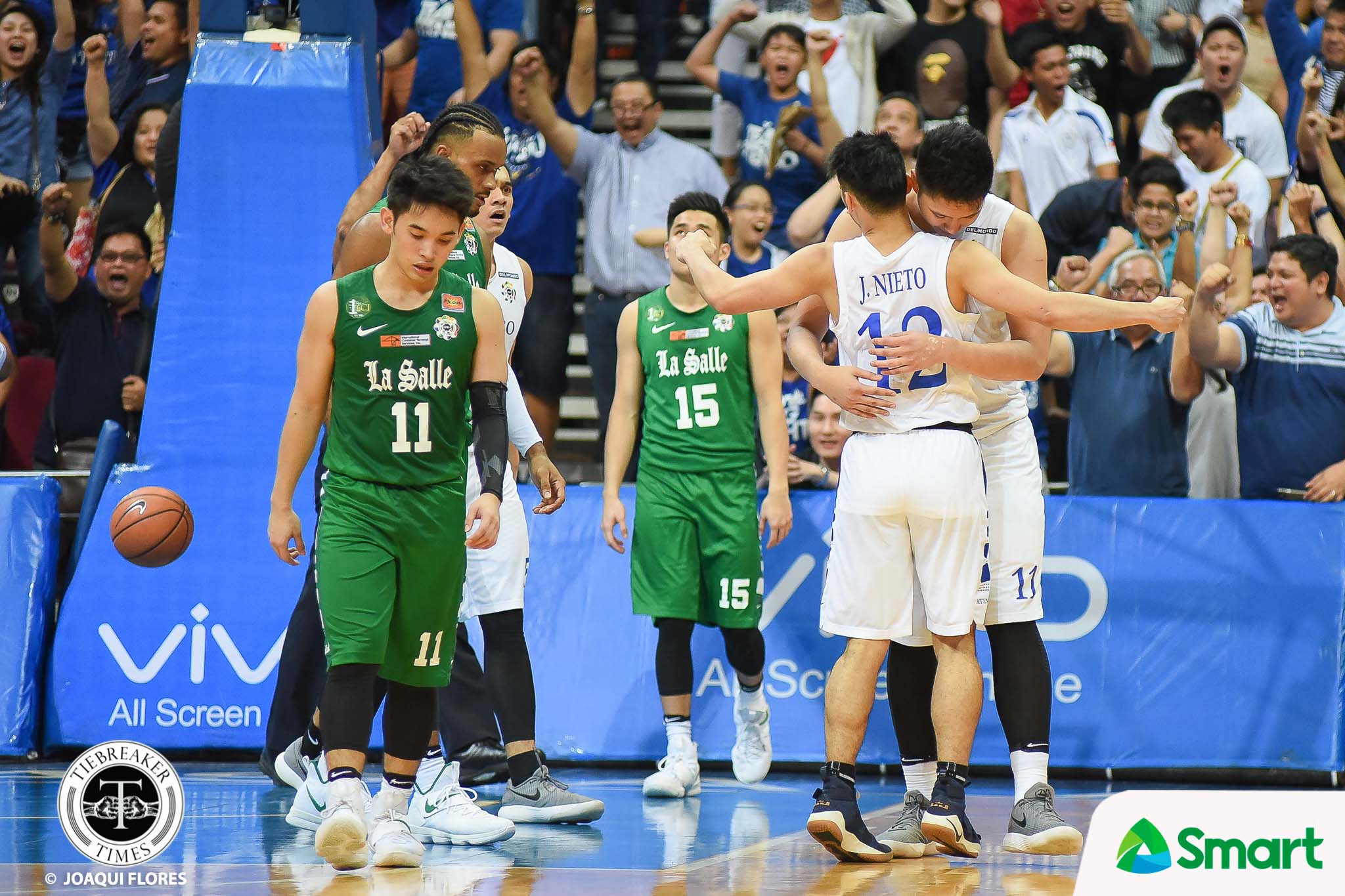 But in the Game One of the Finals against the Ateneo Blue Eagles, Melecio powered through, caught fire, and showed why he was once the leading scorer of the league.

He unloaded 24 points, two rebounds, and three assists — the highest output he posted after the first two games of the season.

Even Ateneo’s Mike Nieto, an Atenean who played against the La Sallian since high school, was all praises to the point guard’s comeback performance.

“He’s Aljun Melecio. He’s one of the best point guards here in the league together with Matt [Nieto], Kib [Montalbo] —- lahat sila eh.

However, Melecio’s efforts were in vain after La Salle failed to contain the fast paced offensive ploy of the Blue Eagles ultimately losing Game One, 76-70.

When asked what went wrong with his team, Melecio bared that there was lack of communication especially in the crucial minutes of the match.

Melecio was referring to the Green Archers’ defensive lapse while they were just trailing by three, 73-70, with 10.4 seconds left in the final frame. A hole in their defense allowed Isaac Go to sink a hook shot and complete a three point play extending Ateneo’s lead to six, 76-70, which turned out to be the final score.

Despite blowing their chance to draw first blood, the sophomore looks forward to Game 2 to salvage the series and defend La Salle’s crown.