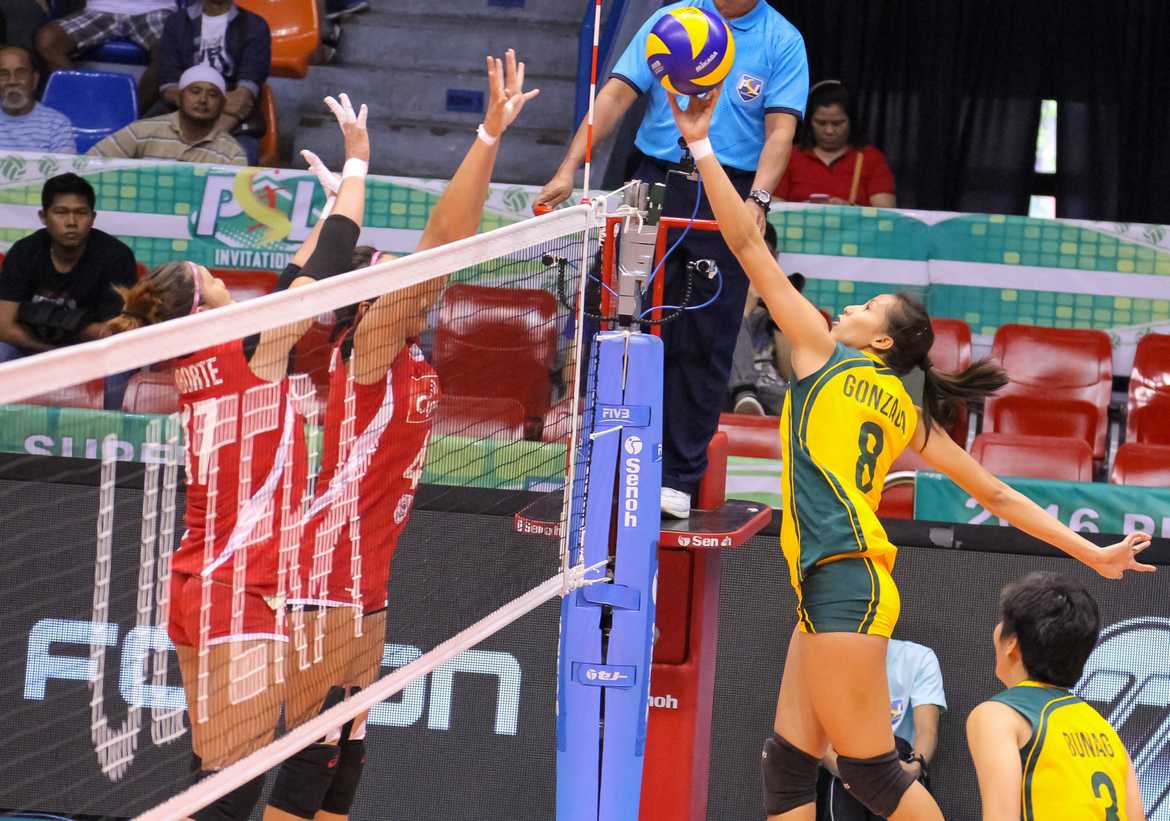 The RC Cola Army Troopers extinguished any hope for the Cignal HD Spikers to enter the final round of the 2016 Philippine SuperLiga (PSL) Invitational tournament. RC Cola dismantled the HD Spikers in straight sets, 25-16, 25-14, 25-19, Saturday afternoon at the Filoil Flying V Centre.

The HD Spikers were initially able to keep pace with RC Cola in the first set. Leading 15-11, the Army Troopers tightened up their defense, limiting Cignal to just five more points for the rest of the set. While Cignal’s offensive woes continued in the second set, the Army Troopers flourished, bombarding the HD Spikers’ defense with various attacks for an easy set win. In the final set, Cignal put up a better fight, but they trailed throughout the set. It didn’t take long for the Army Troopers to take control of the match and nab the win.

RC Cola controlled the game offensively as well as defensively. They outperformed Cignal in spiking, 37-20, and served up more aces, 8-2. The Army Troopers were also more consistent on the defensive end, notching 30 excellent digs compared to Cignal’s 19.

The player of the game was RC Cola’s Rachel Anne Daquis, who top-scored all players with 15 points, 11 coming from attacks, three from the service line, and a single blocked shot. The other player in double-digits for the Army Troopers was Jovelyn Gonzaga who chipped in 14 points, 12 from attacks, and a single ace and block.

For Cignal, Jeanette Panaga scored the most with 10 points, 8 of them coming from attacks, and pitched in an ace and a block as well. She was the only HD Spiker in double-digit scoring, as the next highest scorer was Jannine Navarro with 5.

RC Cola must now prepare for the next round, where a Thailand team will join them as well as the F2 Logistics Cargo Movers and the Petron Tri-Activ Spikers in a round robin format to determine the champion. RC Cola assistant coach Rico De Guzman shared that the team is willing to overload on training now that the competition is sure to heat up.

The tournament will pause for a break during Holy Week, and the games will continue on April 7.