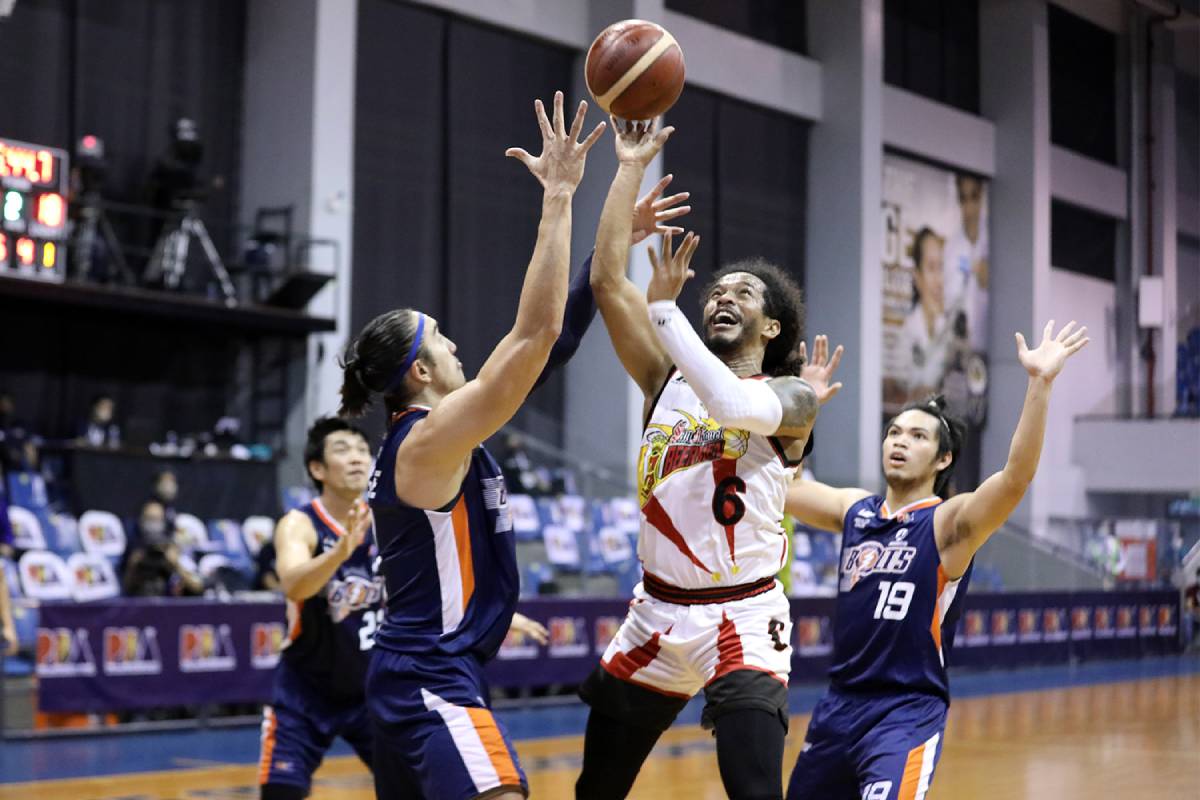 SMART CLARK GIGA CITY — Sunday night saw the end of San Miguel’s five-year reign as king of the PBA Philippine Cup following a 68-90 defeat in the hands of Meralco in their do-or-die quarterfinal clash.

It was a painful defeat for a team that has made a strong case as the greatest all-Filipino crew ever built. Still, Ross remains proud of his part in the legacy.

The do-it-all point guard said as much through social media platform Twitter moments after their heartbreaking loss to the Bolts, who are heading to their first-ever Philippine Cup semifinals.

“Not sure what the future holds for this current version of the Beermen but winning five straight All-Filipino championships is something that I’m proud to be a part of,” Ross wrote.

Ross is among the reasons that the Beermen build their dreaded dynasty over the last five years. He was also among those carrying SMB through the bubble amidst the challenges that came their way.

The 35-year-old has a banged-up knee and an injured thumb this season, but he still played through all the pain. After all, he felt determined to help his squad in the face of their depth issues.

San Miguel went to Clark without June Mar Fajardo, then lost Terrence Romeo early in the season restart to a dislocated shoulder. Later on, Marcio Lassiter and Alex Cabagnot got bitten by the injury bug as well.

It made their ascent to the top more difficult. They then saw their bid for a second Perpetual trophy foiled following the loss to the team mentored by the coach who led them to a Grand Slam in 1989.

“Thank you for all the support you have given us throughout our run! See you next conference.”

#ReadMore  With Fajardo out, Tautuaa aims to earn 'respect' in the paint
In this article:Chris Ross, Coronavirus Pandemic, PBA Season 45, San Miguel Beermen