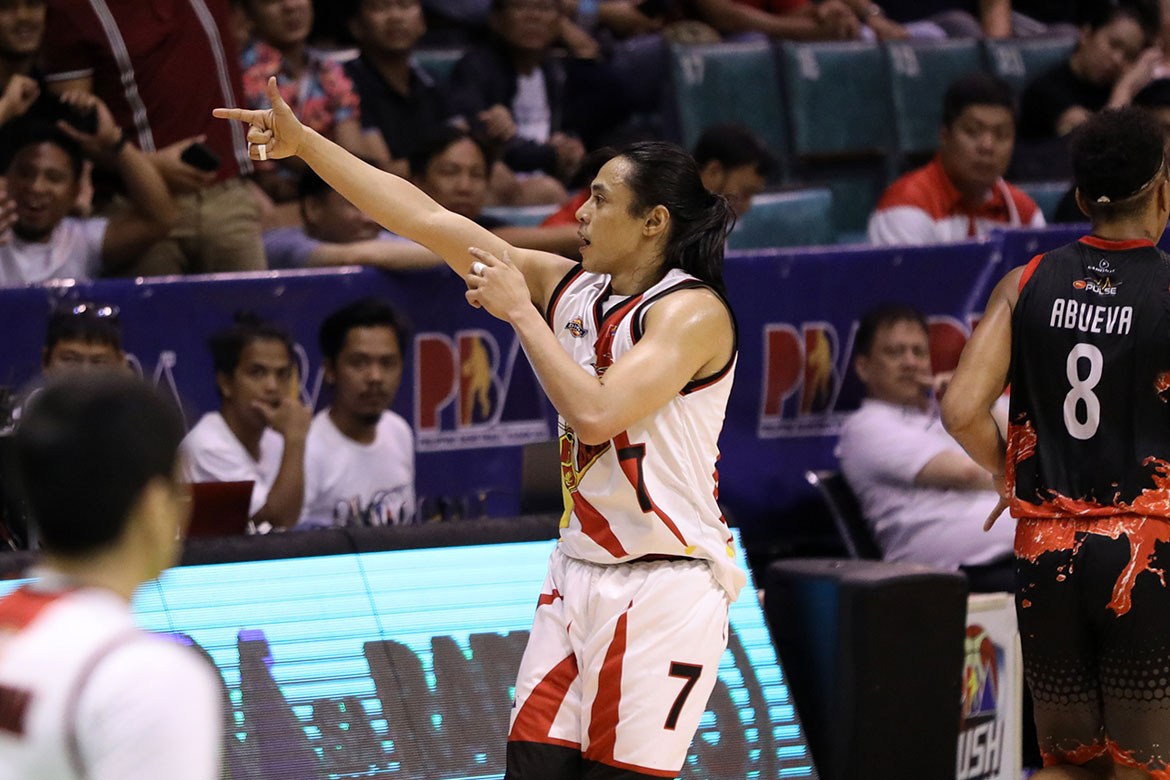 Behind the hot-shooting of Terrence Romeo, the San Miguel Beermen showed their old, lethal form and left the Phoenix Pulse Fuel Masters with no answers, 114-91, to move just a win away from the 2019 PBA Philippine Cup Finals, Tuesday night at Cuneta Astrodome in Pasay City.

Arwind Santos’ trey with 52 seconds left in the second quarter gave San Miguel a 59-47 lead, and that proved to be the start of a one-sided affair in favor of the Beermen where they would go on to lead by as many as 30 points.

“We had a good start in this ballgame and that’s what we needed. We were able to dictate the game’s tempo,” said SMB head coach Leo Austria. “We did not expect to beat them by a large margin but we knew Game Four is important.”

Santos finished with 16 points spiked by three triples and eight rebounds to redeem himself from a disappointing showing back in Game Three, where he only shot 1-of-12 from the field for three points in their narrow 90-92 defeat.

The 2013 league Most Valuable Player had two blocks, which moved him up to number seven in the league’s all-time blocks list past Manny Victorino (817). Up next for Arwind is number six Abet Guidaben, who has 922.

Terrence Romeo top-billed for San Miguel with 20 points, including 17 in the third quarter alone where he compounded on the Fuel Masters’ woes by knocking down triple after triple that made everything all but settled.

Romeo finished with a 6-of-10 clip from beyond the arc and added four rebounds and four assists.

Alex Cabagnot supplied 18 points, as Chris Ross made 10 points, seven rebounds, and five assists in the win that moved them on the cusp of a fifth straight Finals appearance. Von Pessumal chimed in 10 as well.

According to the league’s stats chief Fidel Mangonon III, San Miguel has become the first team this conference to score 100 points over Phoenix.

Calvin Abueva had 19 points and 15 rebounds with two steals and two blocks as he was the lone bright spot for Phoenix, who lost key forwards in Alex Mallari and Jaypee Mendoza due to ejections in separate occassions.

Game Five will be on Thursday, April 25, still at the Astrodome.

As San Miguel nears Finals, Terrence Romeo not letting it get into his head