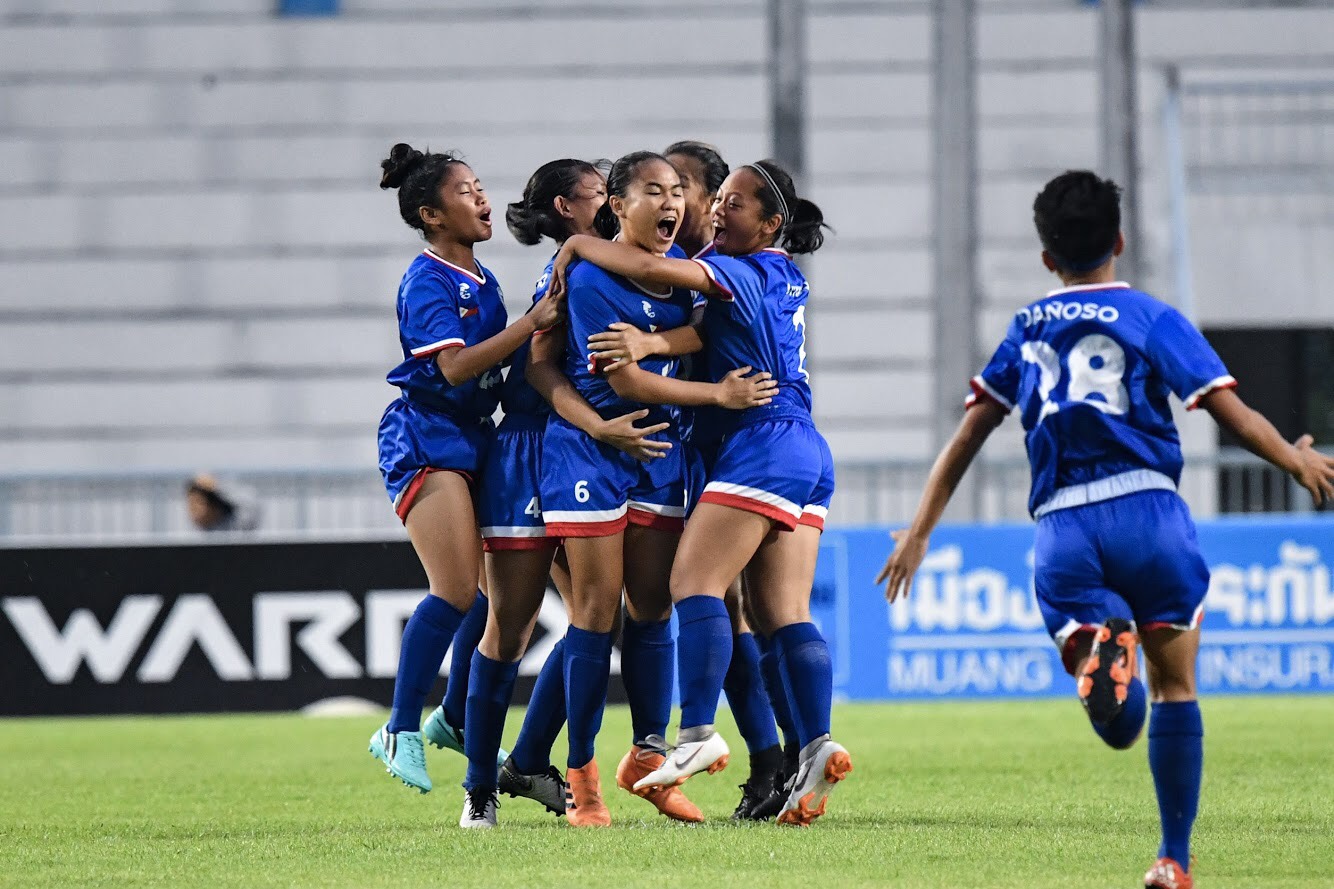 The Philippine Girls U-15 National Football Team have reached the last four of the AFF U-15 Girls Championship, after finishing the group stage with six points on two wins and one loss.

The 23 young Filipinas set out for Chonburi, Thailand with only six players who have played for previous international youth tournaments.

The rest of the lineup are homegrown talent from different parts of the country with zero international experience. Even head coach Rachelle Delos Reyes and her staff were newcomers to the international game.

When the team lost against Vietnam 0-2 last Friday, May 10, some wrote them off and pinned it on inexperience. But the young Pinays sent shock waves across the region when they blanked Southeast Asian heavyweights Myanmar, 5-0, last Sunday, May 12.

Early goals from Mikaela Villacin set the tone for the match’s eventual outcome. Myanmar scrambled to respond but were constantly denied. Then once Jenny Perez doubled the lead deep into the first half, it was as if Myanmar’s will broke.

The Burmese conceded three more goals in the second half from Chenny Dañoso and Maegan Alforque. The Filipinas finally capped off their performance with an unlikely goal from near center-field by captain Rae Tolentino.

The Philippines got the win they needed to give life to their semifinal hopes; they also had to rely on Vietnam beating Myanmar, as only the two top teams per group advance. The Philippines had yet to play a winless Timor-Leste.

Luckily for the young Filipinas, things played out in their favor in today’s final match day for Group A.

Earlier in the afternoon, Vietnam completed a comeback 2-1 win over Myanmar. The Philippines only needed to win their game to ensure advancing to the next round.

The girls did so with style, routing Timor-Leste, 12-0.

The victory marked the return of the Philippines to the AFF U-15 Girls Championship semifinals after reaching this same stage last 2017.

The team has to wait for Group B to finish their matches before finding out who they will play in the semifinals, which will be on May 19, Sunday at 6:00 P.M. local (7:00 P.M. Philippine time).

As of publishing, Laos and Thailand top their group.