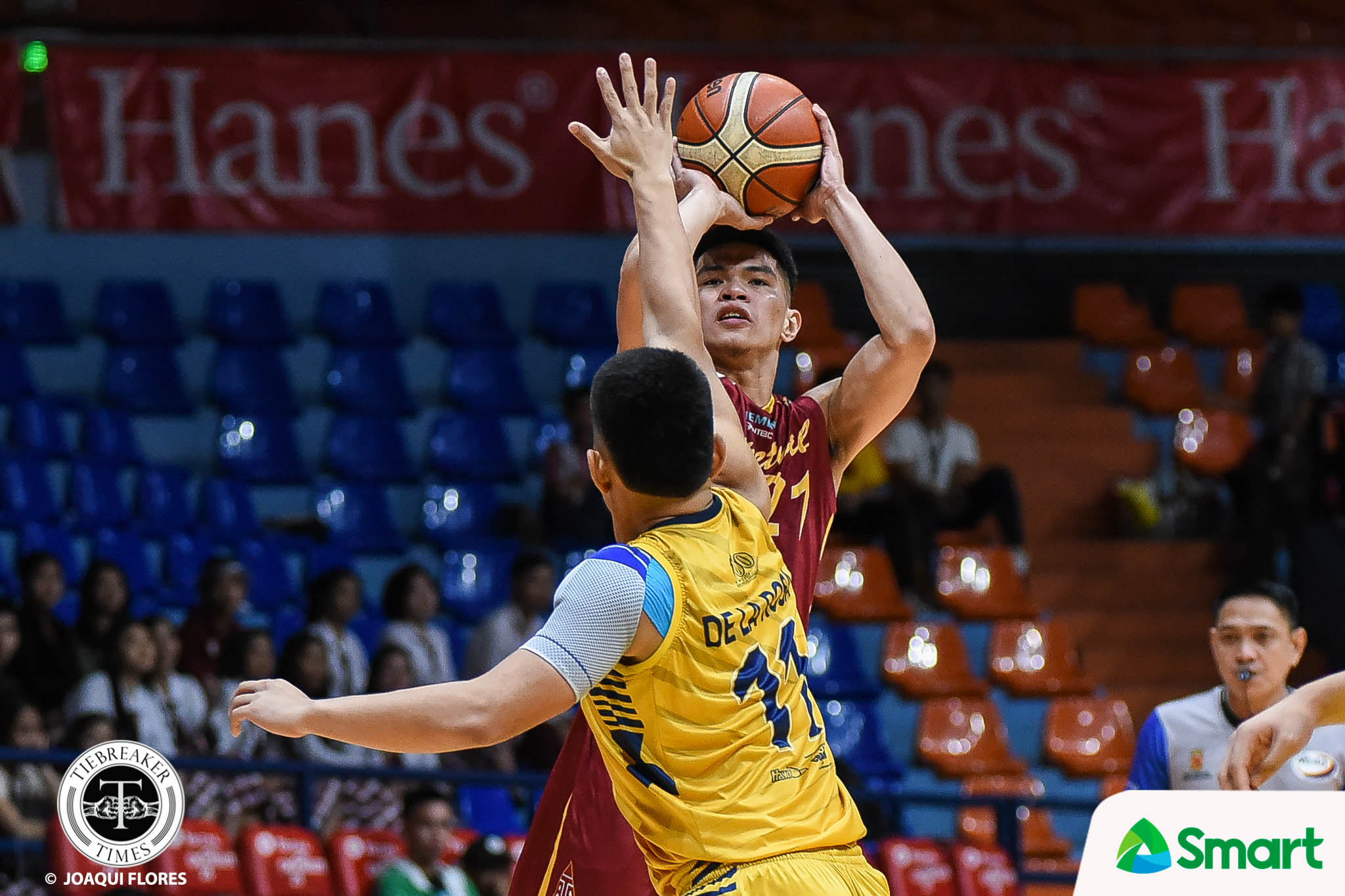 Though the Altas rose to seventh with a 5-10 record, Frankie Lim could not help but lambaste the officials of this game.

Late in the opening frame, Aurin — who was having an excellent start with six points — was disqualified from the game after giving Chester Jungco a retaliatory hit.

Aurin will serve a one-game suspension on Friday against Letran.

With Aurin and Ramli Lanoy — who also served a suspension — out, Tonton Peralta stepped up, dropping 25 points on 7-of-13 shooting and nine rebounds.

“I have to put him in the game for more than 30 minutes. Wala akong choice eh. Malaking bagay sa amin ‘yun, tapos suspended pa si Ramli. He deserves the career-high with the way he played,” Lim expressed.

Perpetual led by as much as 15 points in the game in which they dominated. Perpetual shot 36-percent from deep while knocking down 16 of their 24 freebies. JRU, on the other hand, only knocked down four triples while attempting just 14 charities.