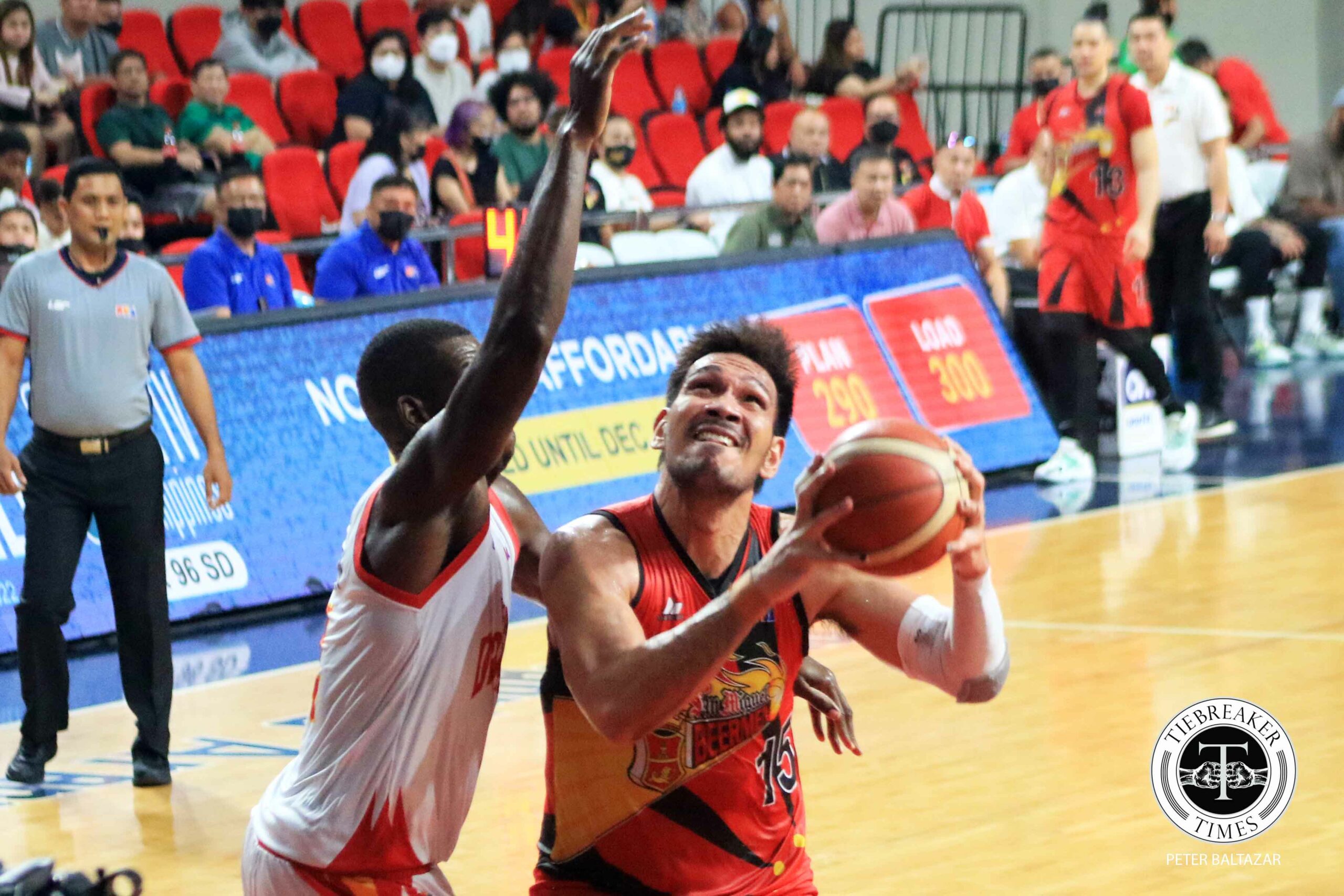 San Miguel held its own against a literal gigantic foe in Bay Area Dragons to stay alive in the PBA Commissioner’s Cup semifinals series.

And so did June Mar Fajardo.

The 6-foot-10 Fajardo unleashed ‘The Kraken from within by putting up monstrous double-double performances to help the defending champion avert a sweep in their best-of-five duel.

After losing the first two games, including a 103-102 heartbreaker in the series opener, the Beermen snatched a big one in Game 3 with a thrilling 98-96 win to keep its finals hopes flickering.

Credits were attributed to an array of Beermen in keeping the championship window open, but it was Fajardo’s hulking presence that steadied the ship in a stormy three-game stretch so far.

The six-time MVP averaged 22.3 points on 61-percent shooting clip along with 11.3 rebounds, 2.3 assists, and 1.7 blocks to earn the Cignal Play-PBA Press Corps Player of the Week for the period December 14-18.

Fajardo indeed, poured everything he’s got, harvesting 21 points, 16 rebounds, two assists, a steal, and three blocks even against the twin dragons of Andrew Nicholson and Liu Chuanxing as the Beermen pulled off an amazing Game 3 comeback, highlighted by Simon Enciso’s game-winner.

In Game 1, the Cebu pride put on a decent showing of 11 points, eight rebounds, four assists, and two blocks, before feasting inside with 35 markers, 10 boards, an assist, a steal, and a block in a 114-95 Game 2 loss.

Fajardo beat out Barangay Ginebra’s LA Tenorio and San Miguel teammate CJ Perez for the weekly citation being given by the men and women from print and online media regularly covering the PBA beat.

Still trailing 1-2, Fajardo and the Beermen hope to sustain the momentum as they seek to force a rubber match against Bay Area in Game 4 on Wednesday at the Mall of Asia Arena.