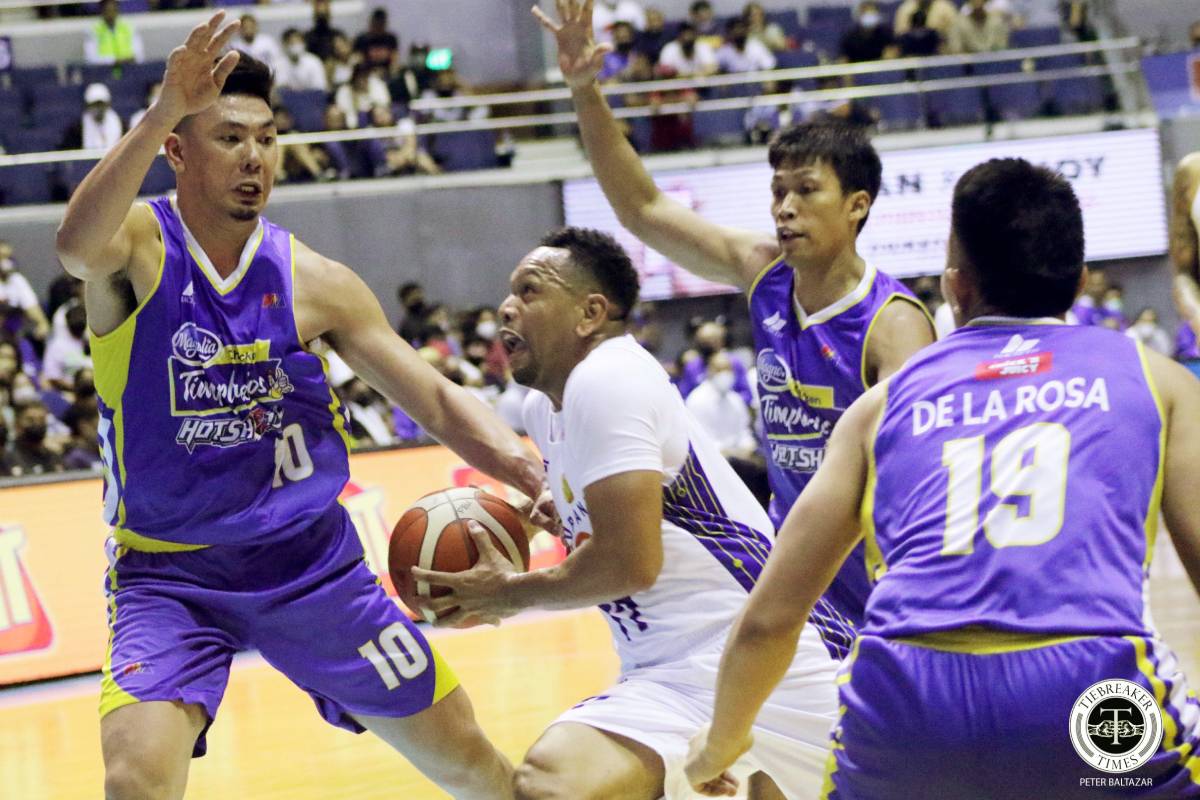 Jayson Castro flashed his vintage form as TNT opened its title defense bid successfully with a gritty 78-72 victory over rivals Magnolia in the 2022 PBA Philippine Cup, Sunday night at the SMART Araneta Coliseum.

The 35-year-old fired 13 of his 16 points in the fourth quarter as he steadied the ship for the Tropang Giga, whom he towed past rough sails that saw them trail by six early in the said period for a triumphant start to the season.

He hit his most important baskets in the endgame, where he scored half of his side’s 10-3 assault to finish the match emphatically.

TNT head coach Chot Reyes could only heave a sigh of relief that his wards were able to gut it out even without Season 46 Rookie of the Year Mikey Williams, who’s yet to sign a new deal with the MVP ball club.

“Well, obviously without our most potent offensive weapon, we had to rely on our defense. The only way we can win games is to limit the production and the scoring of the other team. Fortunately that’s what happened tonight,” he said.

Troy Rosario top-scored for the Tropa with 22 points for his best game in a long while. He shot 46.7-percent from the field and had 10 rebounds as well.

Matt Ganuelas-Rosser provided significant contributions in the triumph, dialing in nine points, five of which he did during that finishing run as he connived with Castro. Poy Erram collected 14 rebounds with five points.

#ReadMore  2-0 lead is not safe against Alaska says Guiao

“So, you know, it was just a matter of grinding it out, hunkering down on defense, and just a matter of making stop after stop. Thankfully in the crucial moments, we were able to do that,” said Reyes.

TNT will look to chalk up its second win in a row against the retooled Blackwater on Thursday, June 9, 5:15 p.m. at the Ynares Center in Antipolo.

Ian Sangalang had 18 points and 10 rebounds to lead Magnolia, who failed to replicate its 96-93 win over TNT in the Governors’ Cup last February 11.

Mark Barroca had 14 points and five rebounds. Calvin Abueva made 12 points and 12 rebounds, while Jio Jalalon also had 12 markers and eight boards.

The Hotshots will look to enter the win column against another hungry team in Converge (0-1) on Friday, June 10, 6:00 p.m, also at Ynares.