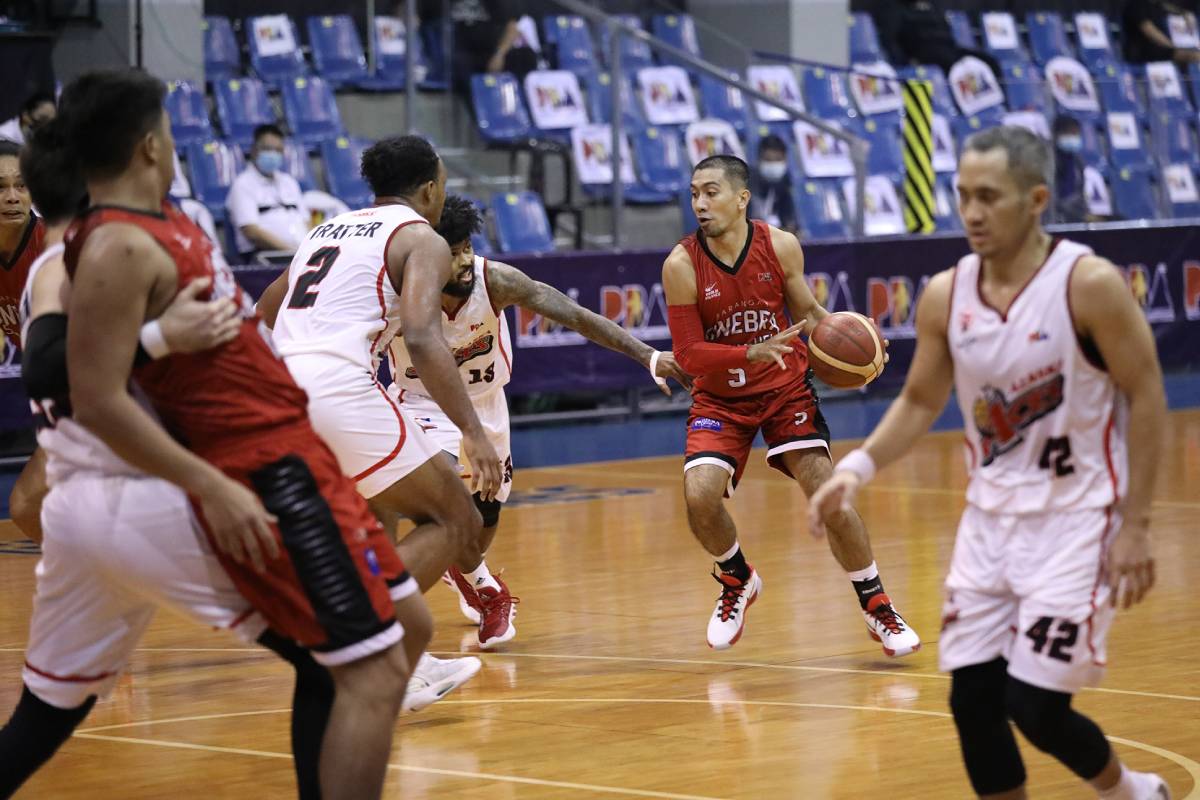 That was Barangay Ginebra head coach Tim Cone’s description for the PBA’s days-long stoppage of the games in compliance with the recommendation of the IATF and the DOH following a COVID-19 scare last week.

“It was a double-edged sword in my opinion.

“There were good things about it, in terms of the fact that we were able to rest a little bit because we were in a tough week,” said the league’s most accomplished mentor.

Before the league postponed the season last Thursday, the Gin Kings were supposed to play reigning five-time Philippine Cup champions San Miguel Beer on Friday. They would then take on Alaska three nights after that.

But  the Barangay — along with all the other participating teams — got four free days in the bubble. That allowed them to rest and better prepare before the league resumed play Tuesday — a blessing in disguise, as they say.

However, the league’s most accomplished mentor was aware, too, that they would be in for a tough road ahead. And he was right, with the league coming up with a more compressed schedule that will play 30 games in nine days.

On Tuesday, the league’s first-ever quadruple-header took place. Ginebra capped it off with a match versus Alaska. It was the first of five four-games-a-day in the last stretch of the eliminations.

“We also know that we’re gonna benefit now, [but] we’re gonna pay for it later. We’re calling it the crazy week. We’re just gonna come out and gate crazy. There are things that we’ve never done before in our league,” he said.

Still, the 22-time PBA champion coach is thankful he has players in his squad who have played with the national team. All of them boast the experience of playing in such a grueling set-up.

“Luckily, we got some guys that have been on the national team that has been in this kind of program before; colleges, sometimes they do that like a Fr. Martin’s tournament where they’re playing every day. It’s not that unlikely for the players, it’s just that they haven’t done it like pros, especially the PBA,” said Cone, himself a former national team mentor.

Cone, though, is confident that Ginebra is ready for the tougher grind in the coming days, with the playoff race heating up. “I think we’re up to it,” said the 61-year-old bench tactician.

“I think that Ginebra has a slight advantage over other teams in this kind of thing because we are a deeper team. We feel like we’re a deeper lineup and we can go 10, 11, 12 deep if we need to.”

After facing the Aces, Ginebra will play again the next night versus NorthPort. Both squads do not have the luxury of recovery — the Batang Pier lost to TNT earlier — but for Cone, they’re ready, especially after beating the Aces, 87-81.

“We were all a little astonished by all that happened, but getting this first win took a lot of the edge off. And we’re happy now, we’re okay now. We’re ready for the next one.”