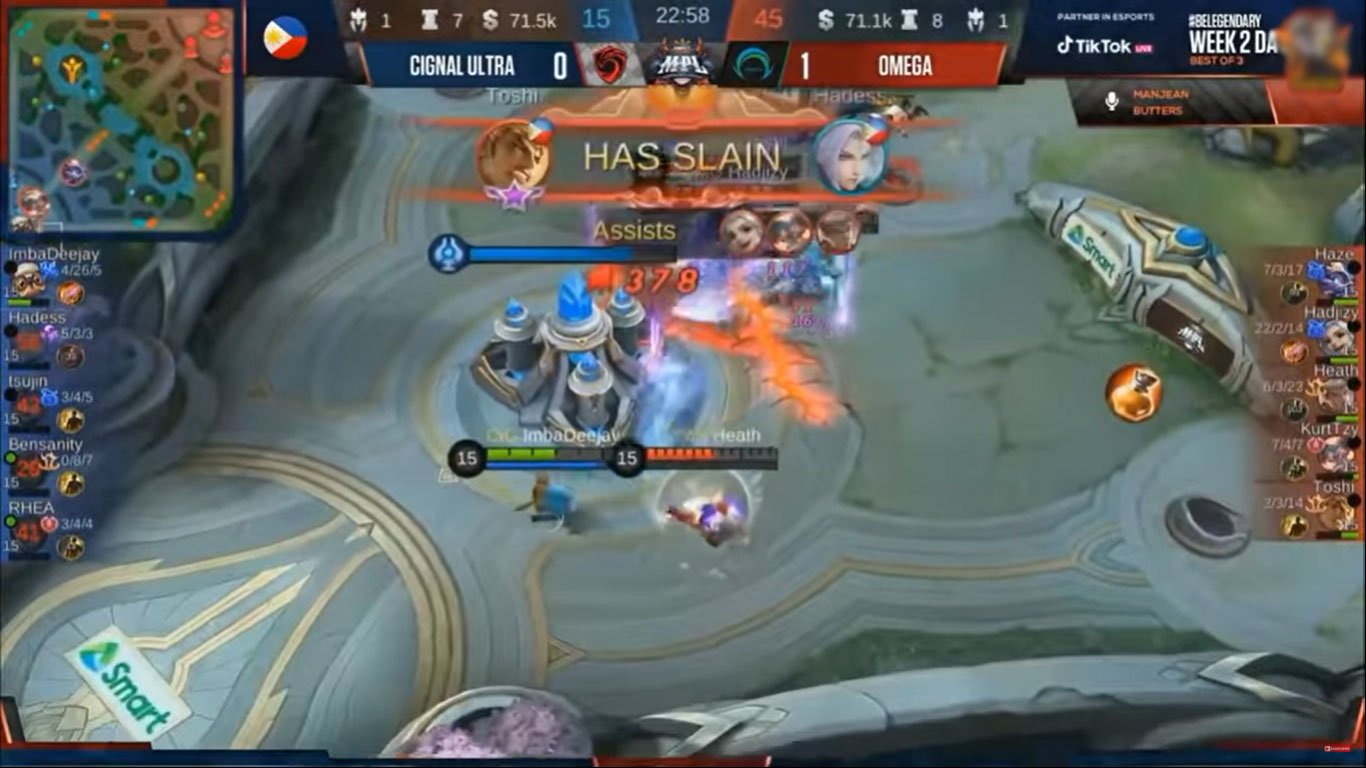 Hadjizy (Harith) spearheaded Omega’s outburst, putting up 23 kill, two deaths, and 14 assists to go along with a 15,167 net worth in the series-clinching Game Two to push their slate to 2-1 in Group B.

KurTzy (Thamuz) was reliable as ever for the SMART-backed squad, pumping in seven kills, four deaths, and eight assists. The supporting cast of Heath (Chou) and Haze (Cyclops), meanwhile, had a combined 13 kills and 41 assists in the win.

Cignal tried to emulate Aura PH’s Diggie strategy but failed to utilize it as ImbaDeejay ended the game with four kills, 27 deaths, and five assists.

The Warriors had a tough time handling Omega’s sustain game in the latter part of the match, causing their doom.

Hadess (Ling) was limited to just five kills, three deaths, and three assists while Rhea (Balmond) and tsujin (Alice) had three kills and four deaths each for Cignal, who stands at 1-1 also Group B.

In other games, Aura PH eked out a 2-1 victory over Blacklist International while ONIC PH escaped BSB, 2-1.

Aura PH remained at the top of Group A with a 3-0 standing. Meanwhile, ONIC upped its card to 2-1 in Group B

Blacklist International (Group A) suffered its second-straight loss after winning its debut while BSB (Group B.)slid to 0-3.