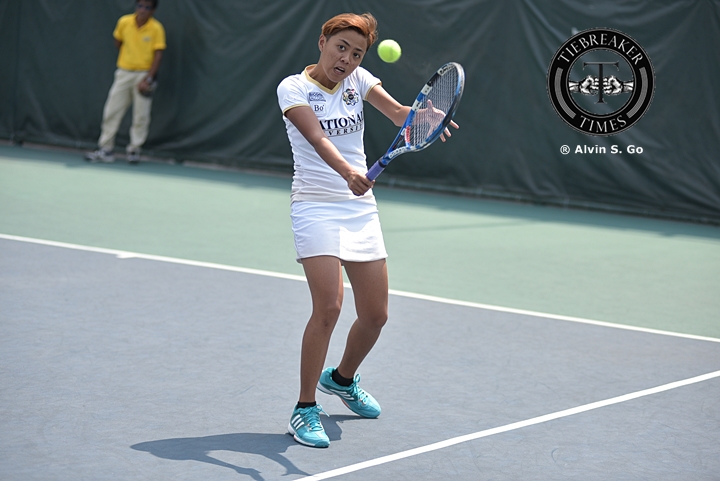 The National University Lady Tennisters claimed another clean slate in the second round match against a mulish University of Santo Tomas Tigresses, 5-0, February 20 at the Rizal Memorial Tennis Center.

In the first singles match, Clarice Patrimonio of NU had an easy win against Erika Manduriao in just two sets, 6-1, 6-0. Manduriao tried to guard Patrimonio’s forceful hits, but this proved ineffective as she still struggled inside the court. Although Manduriao took a point in their first game and gained a bit of confidence, Patrimonio just answered back with yet another series of counterattacks and won the game.

As expected, just like her sister, Christine Patrimonio dominated the second singles match against UST’s Precian Rivera in two sets, 6-2, 6-2.  Like a diesel-powered engine, she let Rivera take the first two points of the game but let it all out from there and swept 6 straight games to close out the match. Rivera took an early win in the second set, then took a loss as Patrimonio bounced back again and finished the match.

For Hanna Espinosa and Junnelyn Polito, their game play was a bit under the weather. Although they romped the first set with six straight wins, their side-by-side attacks did not pull through until the second set, as the Milo-Malinis tandem caught them in a stalemate, 6-0, 3-6. It was an intense third set as NU pushed their luck with a 3-point advantage against the Tigresses. However, UST answered back and caught them at 4. After a while, NU regained their confidence and exchanged hits with UST until eventually they managed to get hold of the victory, 7-5.

Partners Nagaret and Paulino also had another hard knock match for their second doubles after battling with Gitalan and Caorte, 6-1, 2-6, 6-3. The first set was an easy cut for NU after giving solid assaults to UST’s second doubles. After their loss, UST forced errors from Nagaret and Paulino, turning it into a long run and, in due course, grabbed the second set of the game. Then, without any hesitations, NU’s second doubles ricocheted feral shots and tied it up at 3. The UST partners were unable to get another point despite their aggressive shots, as the Bulldogs returned their hits with better severe attacks.

Jzash Canja put the icing on the cake after Aimee Rosales succumbed to her unconquerable strikes, 6-0, 6-2. In just two sets, Canja took control of the court without giving Rosales time to get back up. Although Canja had a harsh series of errors during the second set, it was still not enough to put her down.

For their last game on Wednesday, the NU Bulldogs will be going against the Ateneo de Manila University at 8am, while UST will take a break and hopefully continue their journey to the finals. 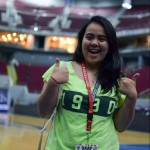 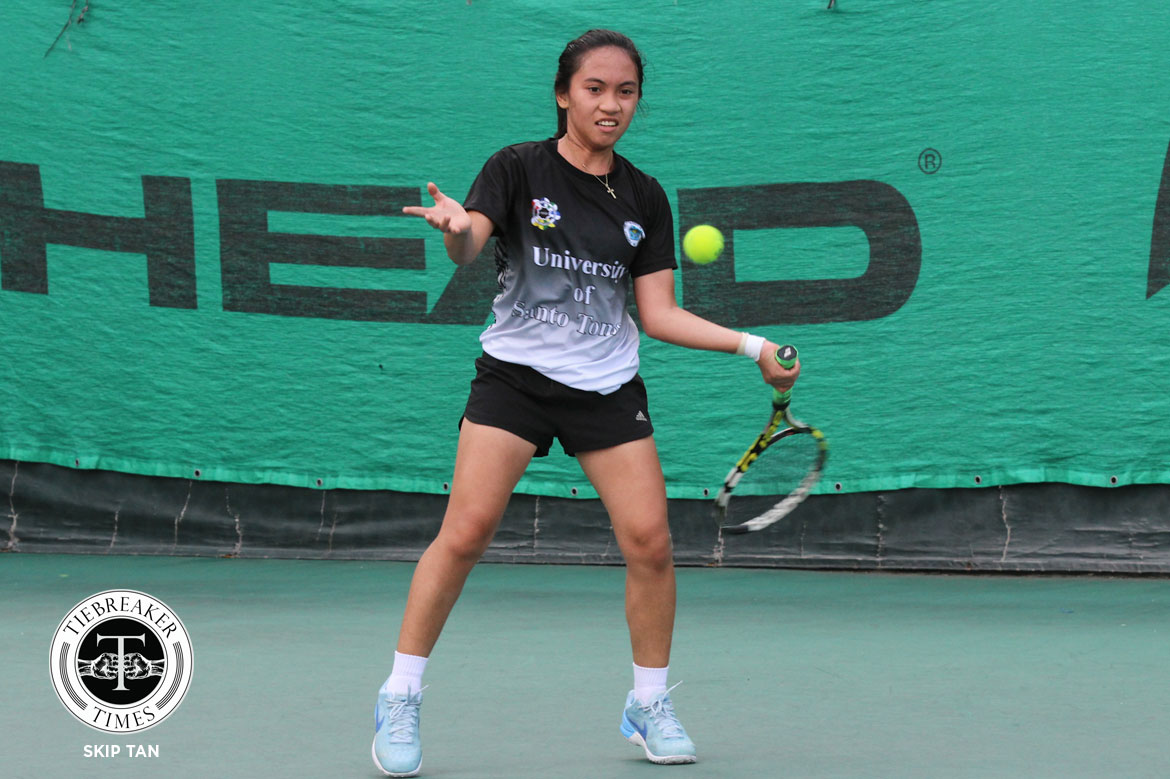