Neil Etheridge is at a crossroads in his professional football career.

In his first-ever season in the English Premier League, the 29-year-old was a bright star in Cardiff City Football Club’s doomed campaign to stay in one of the world’s most prestigious sports leagues.

The 6-foot-2 goalkeeper helped Cardiff to attain 10 clean sheets; performed three penalty saves; and had no errors leading to a goal in his debut in England’s top flight. Not bad for a guy who was a free agent early in 2017.

“I was actually talking to – I don’t play anymore – my golf coach. I used to play ten years ago and he messaged me saying, ‘I still use your story as an example for sportspeople pulling through.’ It’s really nice to hear that. Obviously, people know the hard times and what I went through, and it’s nice to be in a position where I am now. I don’t take it for granted whatsoever,” shared Etheridge.

“It’s been a struggle mentally for the last eighteen months, to be honest, because everything happens so quickly.”

To say it has been a wild journey for Etheridge is an understatement. One day, he played in the lower levels of English football; the next day he rubbed shoulders against superstars such as Eden Hazard and Harry Kane. This past season, though, he did have to sacrifice his participation in the 2019 AFC Asian Cup to protect his standing in Cardiff.

“Even though I wasn’t a part of the Asian Cup, I thought that the team did extremely well and they exceeded expectations without winning a game. They were very strong. They did very well ,but do we just stop there and accept it, or do we move forward and try to qualify for the World Cup?” said the Filipino-English stopper.

“Now we want to get to the next Asian Cup and do better. That’s what I want to see. And I think everyone involved with that team want the national team, the Azkals, to move forward, but that needs to not just come from the players and coaches, but it needs to come from everyone behind the scenes all the way to the top.”

Whenever Etheridge speaks about the Azkals, you can sense a certain passion in his eloquence – one that won’t burn out soon – and an eagerness to wear the Philippine shirt once again. 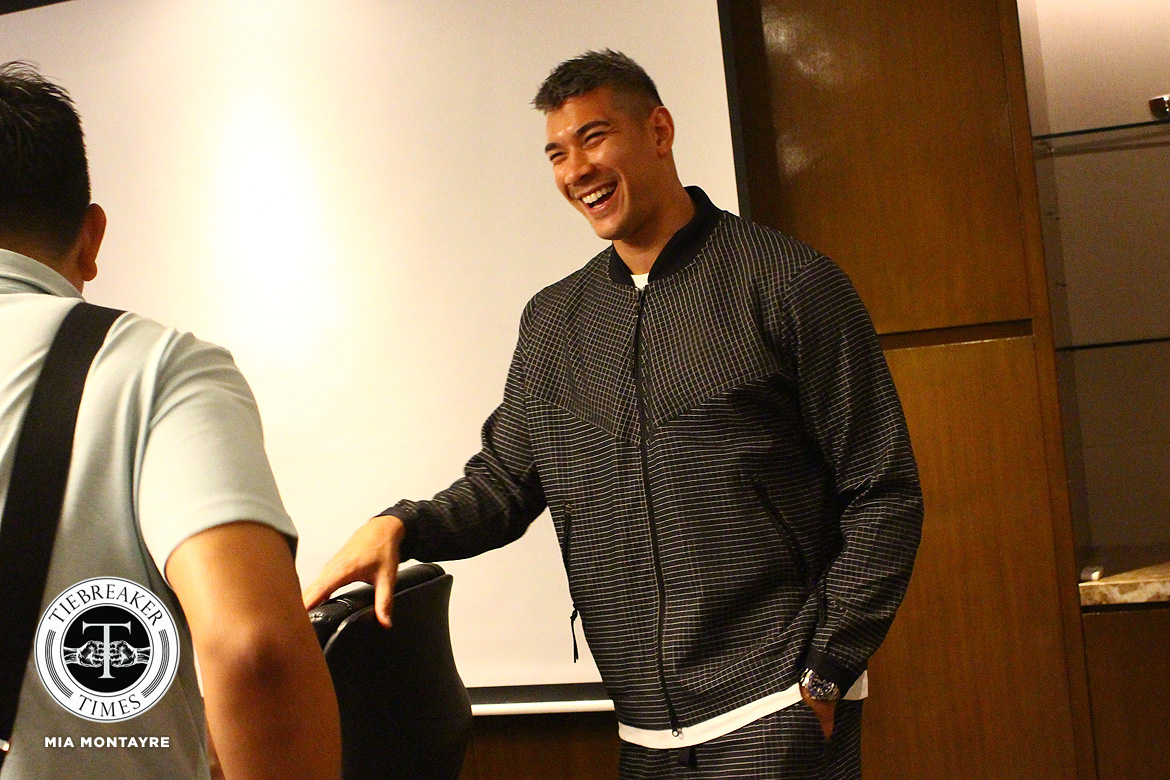 “Of course, I would want to be part of the Azkals going into the World Cup qualifiers. I decided to play for the Philippines when I was eighteen-years-old. I’m twenty-nine now so that’s eleven years ago I’ve been with that team. Yes, people have said, ‘Is he just gonna play Premier League football and just drop the Azkals?’ No! I’ve been a part of that team for eleven years,” said the former Fulham player.

“You don’t just drop something after eleven years.”

One thing that must be settled soon, however, is where Etheridge will play next season. There have been multiple reports linking him to other Premier League clubs after his stellar individual campaign, but the man himself stated that nothing is set in stone.

“Of course, there’s going to be speculation. I think the club, myself, everyone in the football world expected that. But at the end of the day, I got two years left on my contract with Cardiff and the future is out of my hands,” said the 62-capped national team athlete.

Whatever happens next in his professional and international career, the past season has been an experience of a lifetime for Etheridge. He shared that Filipinos fans make it a point to meet reach out to him during and after Cardiff’s matches, and he tries to reciprocate their goodwill by conversing with them as much as he can.

“So whether they’re a Cardiff fan or just a football fan or a Neil Etheridge fan, it doesn’t bother me. It’s more of the fact we’re getting more Filipino men, women and children, watching football and being involved in football. That is obviously the main objective of mine and it’s also a responsibility of mine now playing at the highest level.”

Etheridge needed to go through a long but fulfilling road to reach the stage where he is at now. For now, the future can wait after he proved that he can play with the big boys.