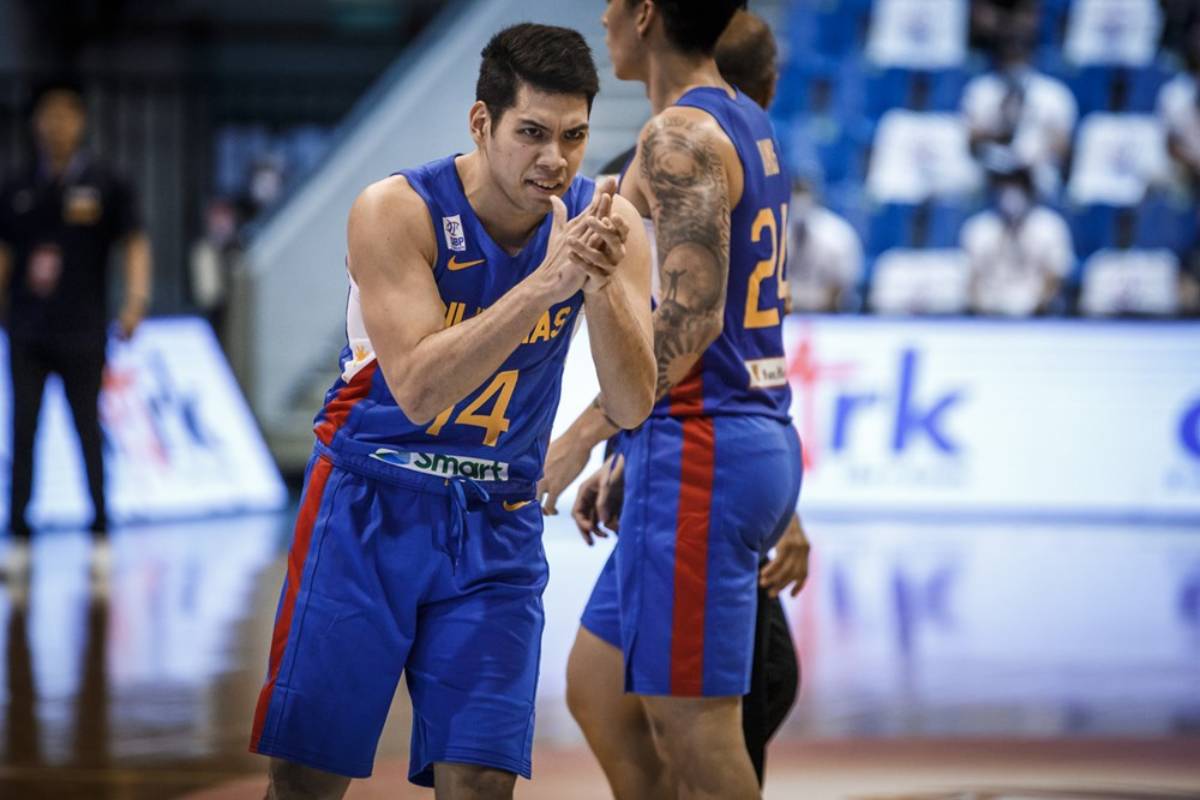 Mike Nieto was one of the three players that sat out Gilas Pilipinas’ second encounter with Indonesia in the 2021 FIBA Asia Cup Qualifiers.

But his imprint was still all over the game. Well, it was his voice.

During the first half of the game, all 11 players fielded by head coach Tab Baldwin did not play like the team that just beat South Korea last Wednesday. There were too many isolations for Baldwin’s liking.

The result? Gilas made just 11 of their 42 field goal attempts while having only five assists. The Philippines was also only up 30-22 at the half.

“We got a bit lost on our principles, which is to play as a team and play together,” said Angelo Kouame.

“It wasn’t our best.

“We just need to focus more on our execution and stuff, like, maybe… That’s really what it was. We weren’t really executing our game plan or the things that we practiced on, and that just shows how we struggled,” added Dwight Ramos.

As customary in Baldwin teams, the players entered the dugout first. The American-Kiwi tactician then held a quick coaches meeting.

And the players got an earful from Manama window captain Mike Nieto.

“Mike came out there, and he is really our vocal leader. And so he just talked to us and he told us we need to settle down and play the right way. Play the way we’re supposed to,” recalled Ramos.

“It was a wake-up call for us,” shared Kouame.

Of course, when Baldwin went in the dugout, he seconded what the 24-year-old Nieto had said and then some.

“Coach Tab came in and said the same thing. So we came out of the second half and we played a little bit better,” said Ramos.

The second half saw a different Gilas beast altogether.

Ramos, Kouame, Justine Baltazar, Kai Sotto, RJ Abarrientos, Carl Tamayo, and, even, Lebron Lopez all had a hand in the 76-51 rout.

And it was because of the scolding from Mike Nieto and Baldwin.