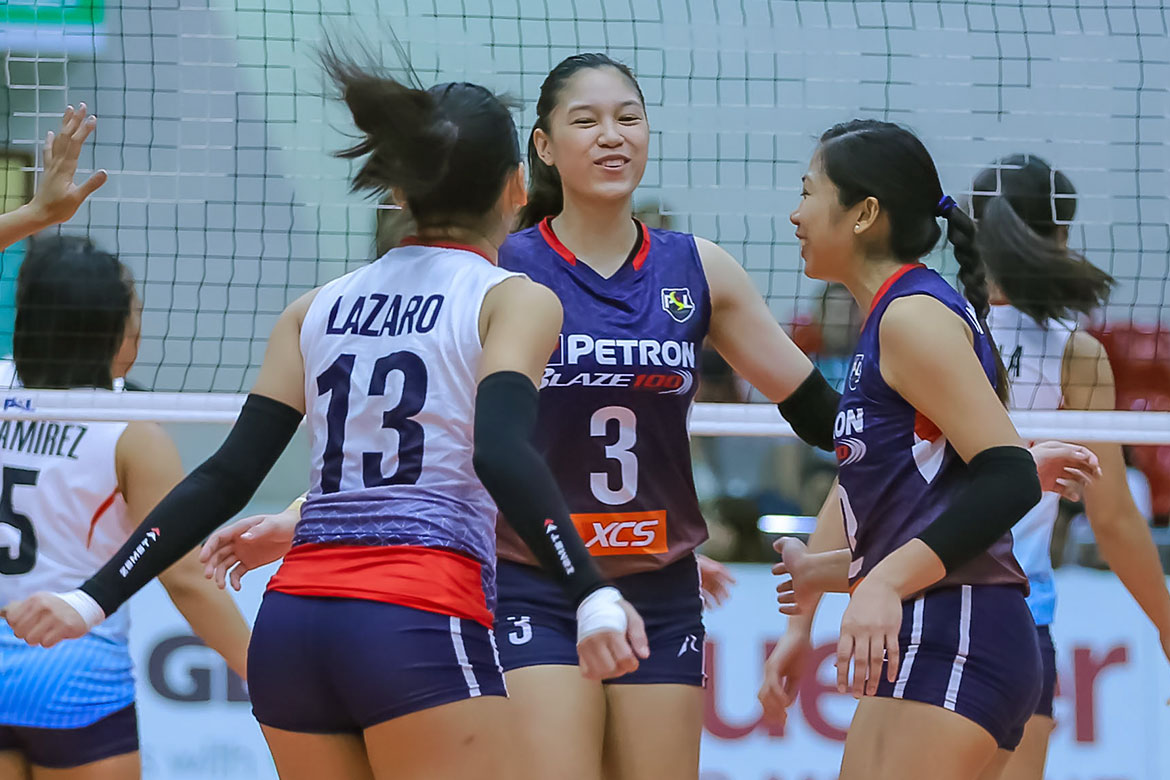 With a strong desire to open their three-peat bid on a positive note, the Petron Blaze Spikers overcame a bumpy start to rip the Marinerang Pilipina Lady Skippers in straight sets, 25-21, 25-16, 25-10, in the 2019 PSL All Filipino Conference, Thursday afternoon at the Imus City Sports Complex.

The debuting Blaze Spikers struggled to find their footing in the early goings. However, the defending champions turned up the jets behind their star-studded core, running roughshod over the Lady Skippers in the next two sets.

“I’m happy because we won our first game but this is just the start, we need to step up since we will be facing contenders next week,” said Petron head coach Shaq Delos Santos, as her Blaze Spiker look to win two in a row as they face Foton on Tuesday, June 25 at the FilOil Flying V Centre.

Bernadeth Pons had nine markers. Sisi Rondina, who came off the bench, supplied eight points, all of which came from attacks. Setter Rhea Dimaculangan got the Blaze Spikers going with 20 excellent sets, to go along four aces.

No Lady Skipper scored in double figures as Dimdim Pacres and Judith Abil tallied nine points each for Marinerang Pilipina, who suffered their third loss in as many matches.

On Tuesday, Marinerang Pilipina will try to barge into the win column, this time against PLDT, also at the FilOil Arena.