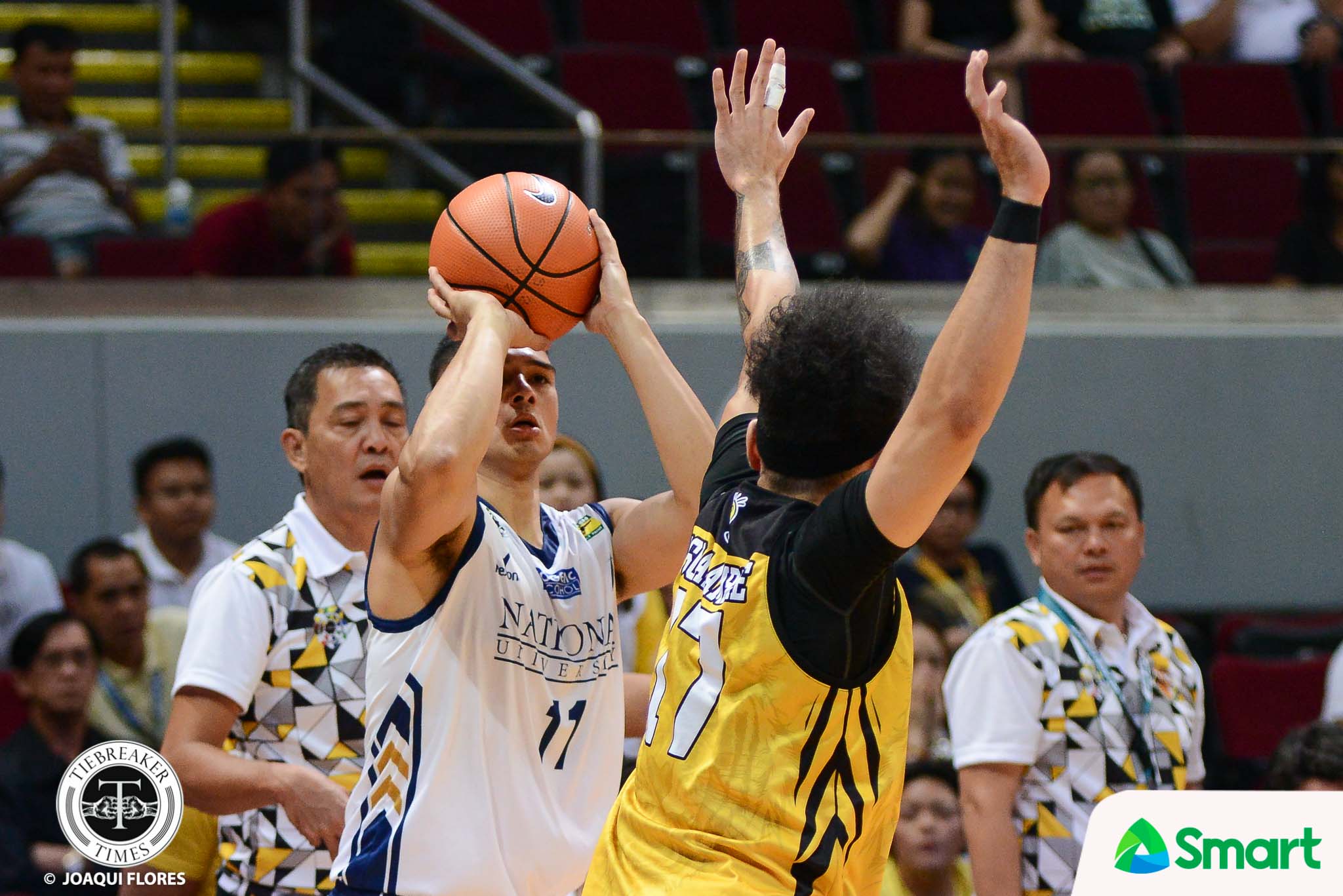 When coach Jamike Jarin was named as the head coach of the National University Bulldogs last December, many thought that Matt Salem would benefit the most playing under his system. Salem, who stands at 6-foot-3, was seen as the floor stretcher for Jarin — playing the role AC Soberano had under Jarin in San Beda.

However, NU’s captain more than struggled in their first six games of the season.

Salem, who is in his last year of duty for the Bulldogs, had averaged just 6.0 points on 27.9 percent shooting clip and 24.1 percent from downtown. Moreover, he has also struggled on the defensive end, highlighted by Vince Tolentino’s career-game in NU’s 83-96 loss to Ateneo last Sunday.

“But I told him for us to really make a good push this season, he needs to overachieve.”

With the Bulldogs reeling with a three-game winning streak, Salem needed to wake-up. And he was able to do so in NU’s 77-70 win over the University of the Philippines Fighting Maroons, Sunday afternoon.

The 24-year-old stretch forward finished with his season-high 21 points, spiked by five triples, to go along with 10 rebounds. In addition, his last two threes helped buck late-game rally UP attempted.

For Salem, he needed to compose himself to overcome his struggles, and credited his teammates and Jarin for helping lift him up.

“It’s a learning experience for me. I’ll take all the struggles I had in the first round and put it to good use.

“Those things are something that you come to, I might have been putting too much pressure on myself, helping my teammates a little too much about getting extra rebounds or assists, and it was just affecting my game,” shared Salem. “Coach texted me and told me to just relax, play my game, and we’re here for you.

And no one was more proud to see the old Salem come back than Jarin.

“I’m just happy for this young man who has a very promising career in the near future also.”

Ailing Jun Manzo tried to get back for UP