There was a curious subplot when the Far Eastern University Tamaraws squared off against the University of the Philippines Fighting Maroons last Sunday.

Ray Joseph Joyel, the Tamaraws’ highly rated goalkeeper, started not as the man between the sticks, but as a center-back for the four-time UAAP champion school against joint league-leaders State U.

By all accounts, Joyel held himself well against the Fighting Maroons attack that consisted of JB Borlongan and Kintaro Miyagi. Not even Borlongan’s early goal took the Pampanga-native out of his stride as he and the rest of the Tamaraws drew 1-1 that day for their second draw this Season 80.

The game was sort of a homecoming for Joyel as he played as a defender for the Baby Tamaraws back at the Juniors level. The 2017 South East Asian Games goalkeeper was forced to return to his old position since the Tamaraws only have 16 players in their lineup.

Joyel only knew a week before the game that he was set to return to his original position. Those who watched, though, can say that he was able shake the rust off.

“RJ is a national team player. He has confidence and pride of himself. He played very well,” opined FEU coach Park Bo Bae who added that it still remains to be seen if Joyel will be deployed as a center-back in the Tamaraws’ next games.

To return as a center-back against Anto Gonzales’ UP is a tough task for any student-athlete. State U attacks in droves as the Fighting Maroons are in constant movement throughout the contest. The fact that Joyel managed to hold his own for 90 minutes was an achievement in itself.

Dave Parac stood in for Joyel at goal and the latter was full of praise for the former’s performance. 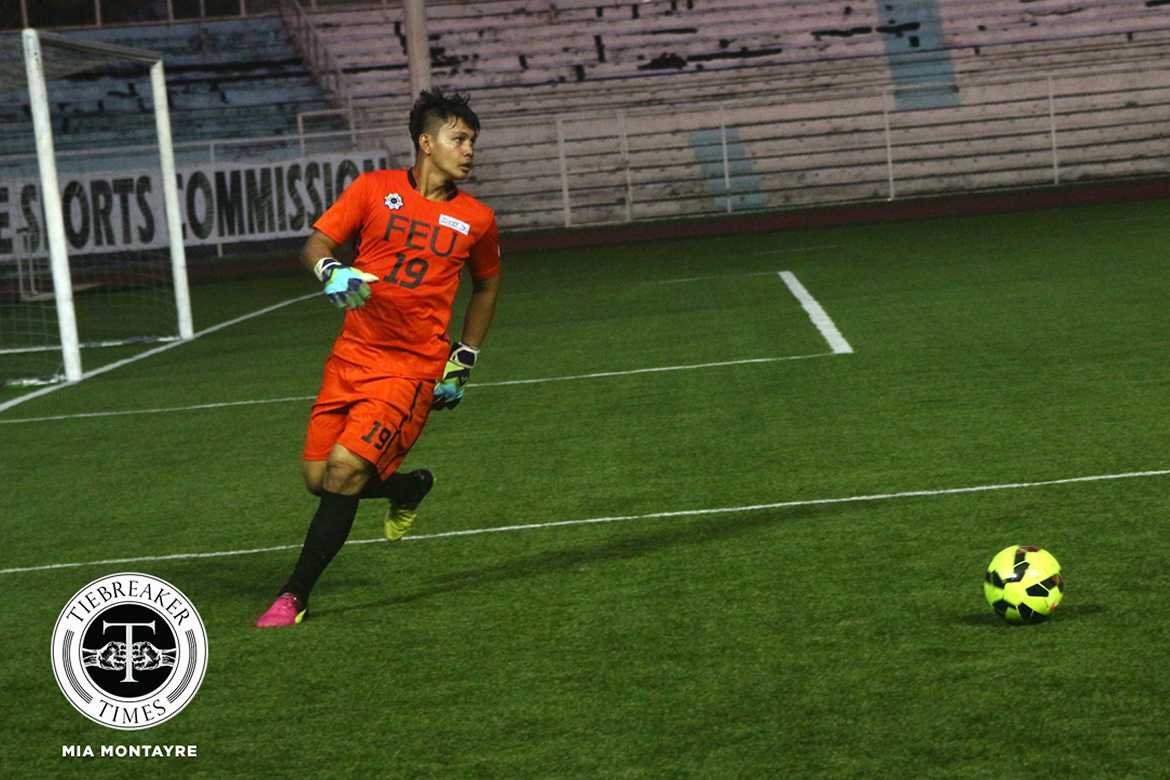 FEU’s draw with UP is seen as a positive result after the Tamaraws’ poor start this year. After two losses and a lackluster draw, the latest result could prove to be the light in the tunnel for this undermanned FEU squad.

There are still three more games for FEU in the first round. Now in his final playing year, Joyel is now tasked to be one of the Tamaraws’ leaders as they look to turn their season around after a dismal start. Nevertheless, the Kaya FC goalie was ready to lead the charge for his less-experienced brothers-in-arms.

Steven Anotado looks to make up for lost time