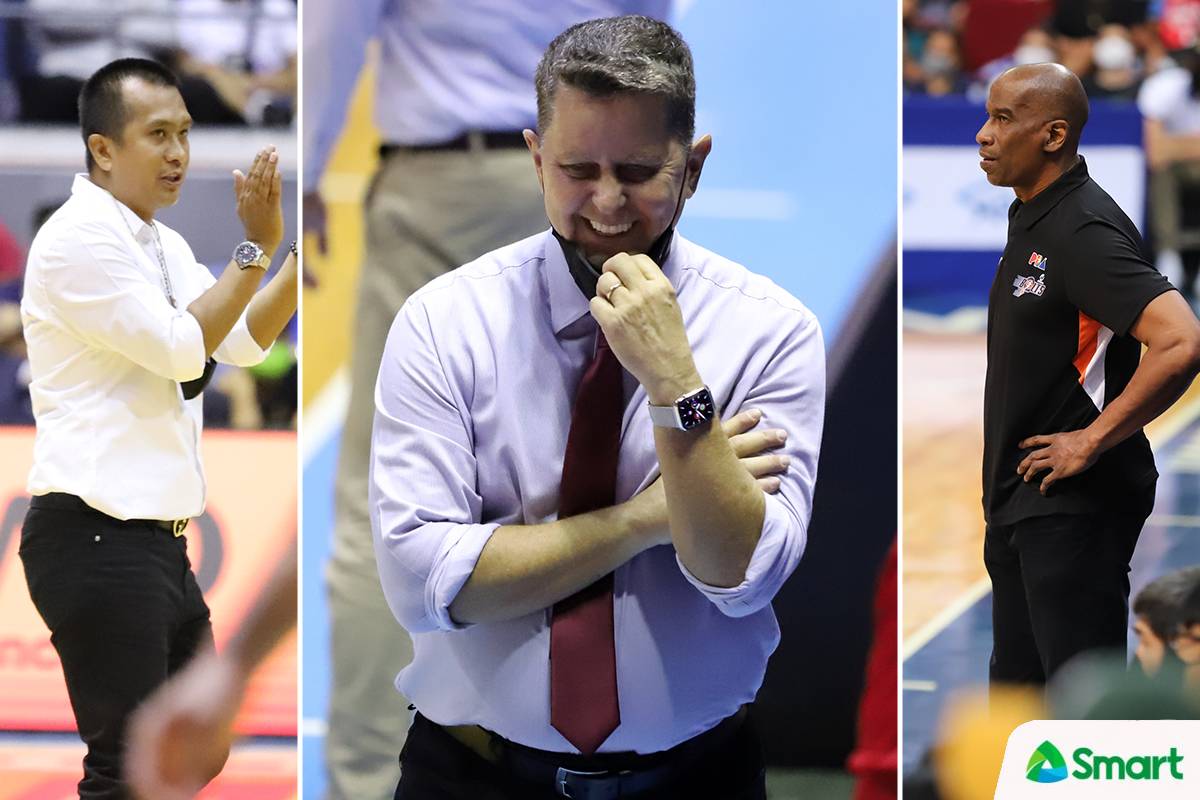 Regardless of the opponent, Ginebra San Miguel knows that a ‘great challenge’ lies ahead in defending its PBA Governors’ Cup championship.

Gin Kings head coach Tim Cone offered as much, now that the team is awaiting the winner between Meralco and Magnolia in Friday night’s rubber match. That will determine their foes in the best-of-seven Finals bout that starts next week.

“We’re still gonna have a great challenge in front of us, whoever we play,” he said Wednesday shortly after their Semis Game 4 conquest of NLEX.

The crowd darlings are practically picking their poison, since they’ll have to put their retention bid on the line against teams they have rich history with.

Well, it’s well-known how deep their rivalry is with the Hotshots. Countless chapters have been written in that lore. But one that Ginebra remembers more until now, perhaps, was their Governors’ Cup semis meeting in 2018.

The Barangay were gunning for a three-peat. Then their nemesis dashed those hopes by closing the series in four, powered by the 50 points of Romeo Travis in the clincher.

Magnolia went on to win the crown at Alaska’s expense, 4-2.

“Magnolia, in the Manila Clasico… It’s gonna create so much attention,” said Cone, who steered that franchise to a historic Grand Slam over seven years ago.

“And every time we have a Manila Clasico, it’s a big deal.”

Then, of course, there are the Bolts, who have become one of their bitter enemies owing to the numerous Finals clashes they’ve had. The Ginebra-Meralco title series in 2019 was actually their third meeting in four seasons.

#ReadMore  Dave Ildefonso responds to Tab Baldwin: 'I think I made the right decision'

“It would be amazing if we end up playing Meralco again,” said Cone.

“It seems like we just ram into them in the Finals every time we get there. So, what’s this, it’d be like the fourth straight, or four in five Finals appearances with them?

“I think Meralco is going to be incredibly motivated,” he added, as the Gin Kings have emerged victorious in all those title matches.

Interestingly, two of Ginebra’s five defeats back in the elimination round came in the hands of both Magnolia and Meralco.

The reigning champions absorbed a humiliating 94-117 shellacking against the Hotshots in a Christmas Clasico offering. Then they got edged by the Bolts in a tight affair, 95-101, on the eve of Valentine’s Day.

So, the objective for Cone and Co. now is figuring out how to get back at either of the two squads when they cross paths in the titular affair.

“In recent games, we have not played well against either team. They’ve handled us pretty easily so we’ve got to figure [it] out,” he said.