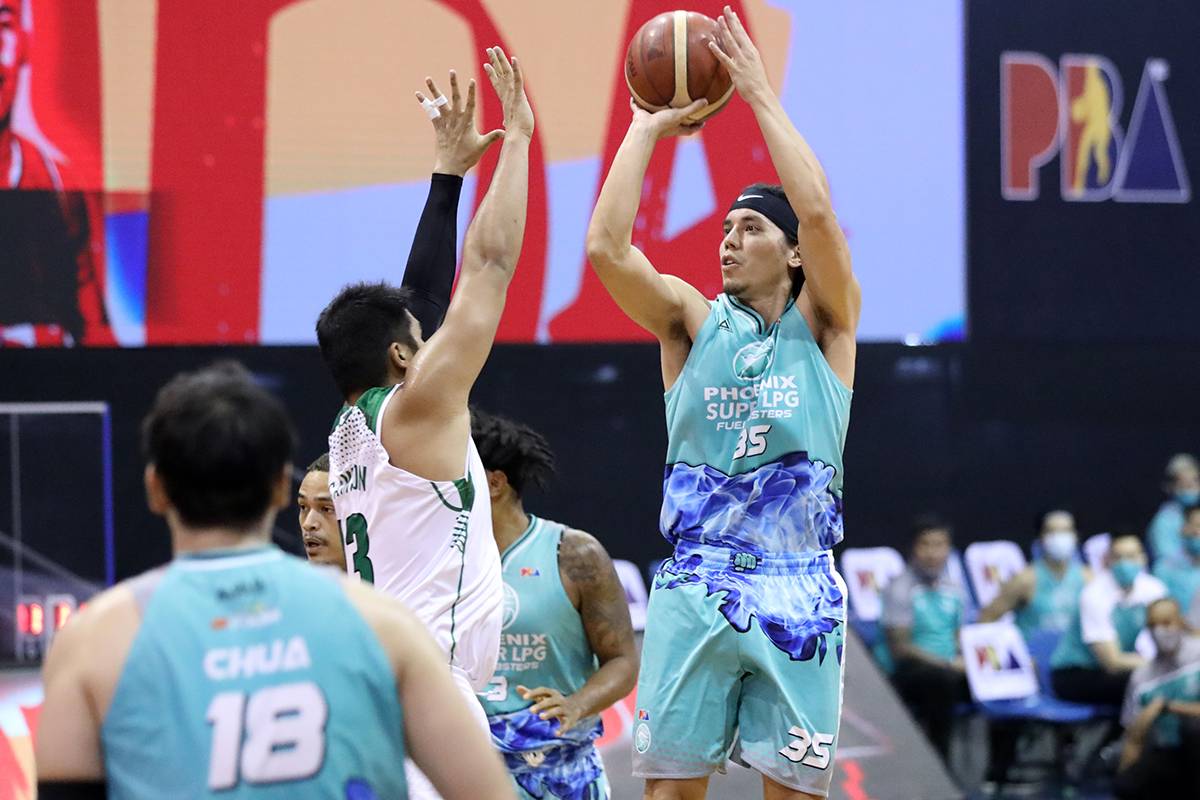 Matthew Wright and Phoenix Super LPG were eager to get back on the right track in the 2020 PBA Philippine Cup, following the stinging defeat they suffered in the hands of Alaska last week.

And the Fuel Masters bounced back on Tuesday, venting their frustrations on Terrafirma through a dominant 116-94 victory. They collected their fifth win of the tilt in the process and moved closer to the quarterfinals.

“We felt like we lost that game to Alaska and we really shot ourselves in the foot. That one got away from us,” said the Fil-Canadian gunner, who exploded for 33 points on a 61-percent clip in the triumph.

Tuesday marked the PBA’s return to play after a four-day break, as the league postponed the games in compliance with the recommendation of the IATF and the DOH after a COVID-19 scare took place in the bubble.

And for Wright, the brief stoppage of play benefitted the Fuel Masters. It allowed them all to turn in impressive performances to keep the Dyip winless in the tourney after six games.

“We were lucky we had four days extra to prepare, with everything that was happening with the postponement of games. So I felt like we were well-rested today. We were able to get a solid three days of practice, to go over things, and to sharpen up on things that we felt needed to be worked on,” said the 6-foot-4 guard, who remains the league’s leading scorer with 26.6 points a game.

The rejuvenated Fuel Masters saw everyone contribute in the win, with a total of six players finishing in double figures. And that’s largely thanks to how they shared the ball.

#ReadMore  Ricci Rivero, family continue to give back to hometown Isabela

Already one of the best passing teams in the league, with an average of 24.0 dimes in their first seven games, Phoenix racked up 33 versus Terrafirma — with 10 coming from Calvin Abueva.

Wright, who had six assists, hardly feels surprised. For him, the camaraderie that they all share simply showed on the hardwood. “Well we’re very close, there’s no question about that,” he said.

“Everybody on the team is friends, not just on the court, but off the court as well. That’s gonna bode well for us as we continue our playoff push. It’s very important for teams, for the players to get along, ’cause we’re all confined in one hotel. Obviously sometimes we get on each other in practice, but we all love each other, and today we showed it on the basketball court,” he continued.

“It manifested on the basketball court. I think we had 30-something assists today, which is very impressive. As long as we keep sharing the ball I think we’re gonna be very dangerous, especially with Alex [Mallari] and Calvin back.”