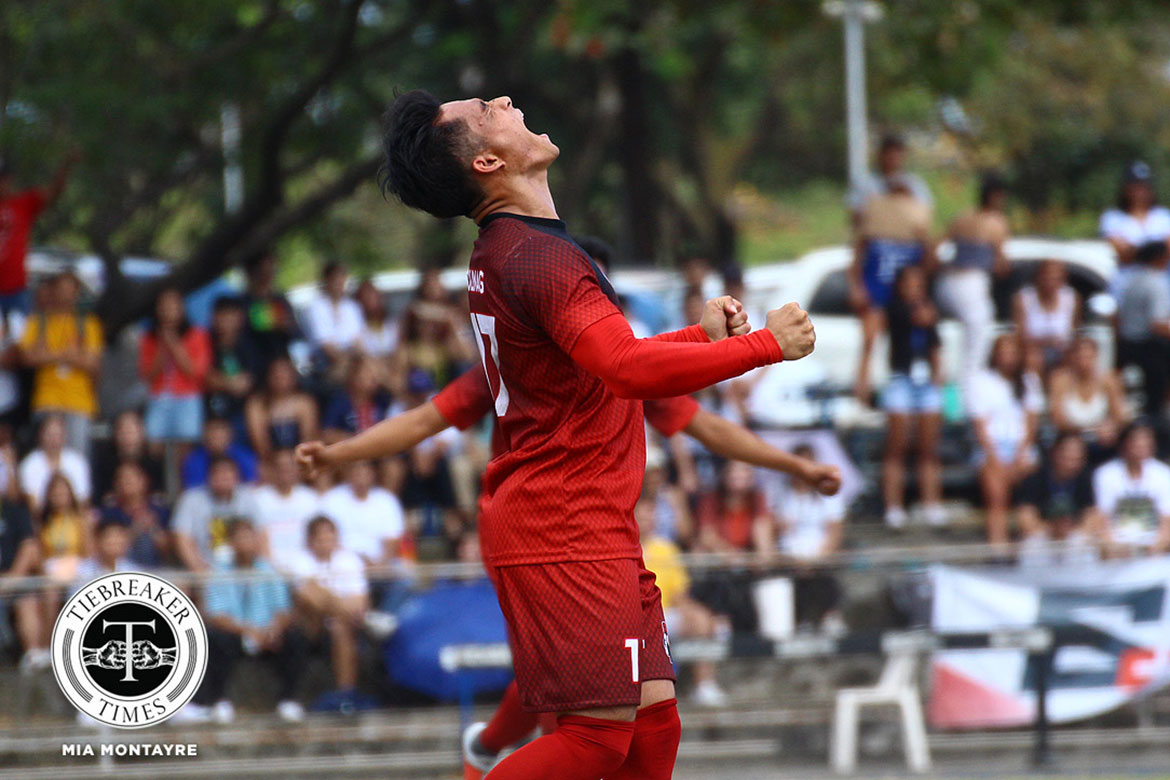 In recent years, the University of the East Red Warriors have stunned the Ateneo de Manila University Blue Eagles year in and year out.

Armed with a master plan, the Red Warriors from Recto did it again. Senior Louie Polinag turned in a header early in the match to give UE their first win of the season, 1-0, Thursday afternoon at the latter’s home Moro Lorenzo Field.

After a disappointing 1-4 loss to rivals FEU, the Red Warriors knew they had to move forward. For head coach Fritz Florence Arboleda, it was a matter of tailoring their game based on their opponents.

The Warriors took advantage of miscues in the defensive alignment of the Blue Eagles, which led to a corner for the Red and White. Mark Lerion took the set play and placed a well-timed ball into the six-yard box. Then Polinag, surprisingly unmarked, met the high ball and drove it into the bag for the go-ahead goal.

Polinag and the rest of the senior-laden Recto side tried to pad on the lead, as they continually pressed their opponents. On the other hand, Ateneo were able to mount several attacks, but both UE goalkeeper Frank Rieza and his backline stood equal to these chances.

The Blue Eagles started to pile the pressure on the UE defense, with Azkals call-up Jarvey Gayoso in the lead early in the second period. Fortunately for Arboleda, his team heeded his request for the half.

The Red Warriors made the necessary adjustments, shifting to an makeshift five-man backline. They then proceeded to stifle the Ateneo attack, who now had three up front. Rupert Bana carved perhaps the biggest chance for the Blue and White after drifting away from Rieza, but his shot just sailed wide to the right.

The Red Warriors (3 pts) will try to keep the wins rolling when they face a young but dangerous De La Salle University next Thursday, February 28, at 1 p.m. On the hand, the Blue Eagles will to bounce back when they battle defending champions University of the Philippines Fighting Maroons on Sunday, March 3, at 9 a.m.