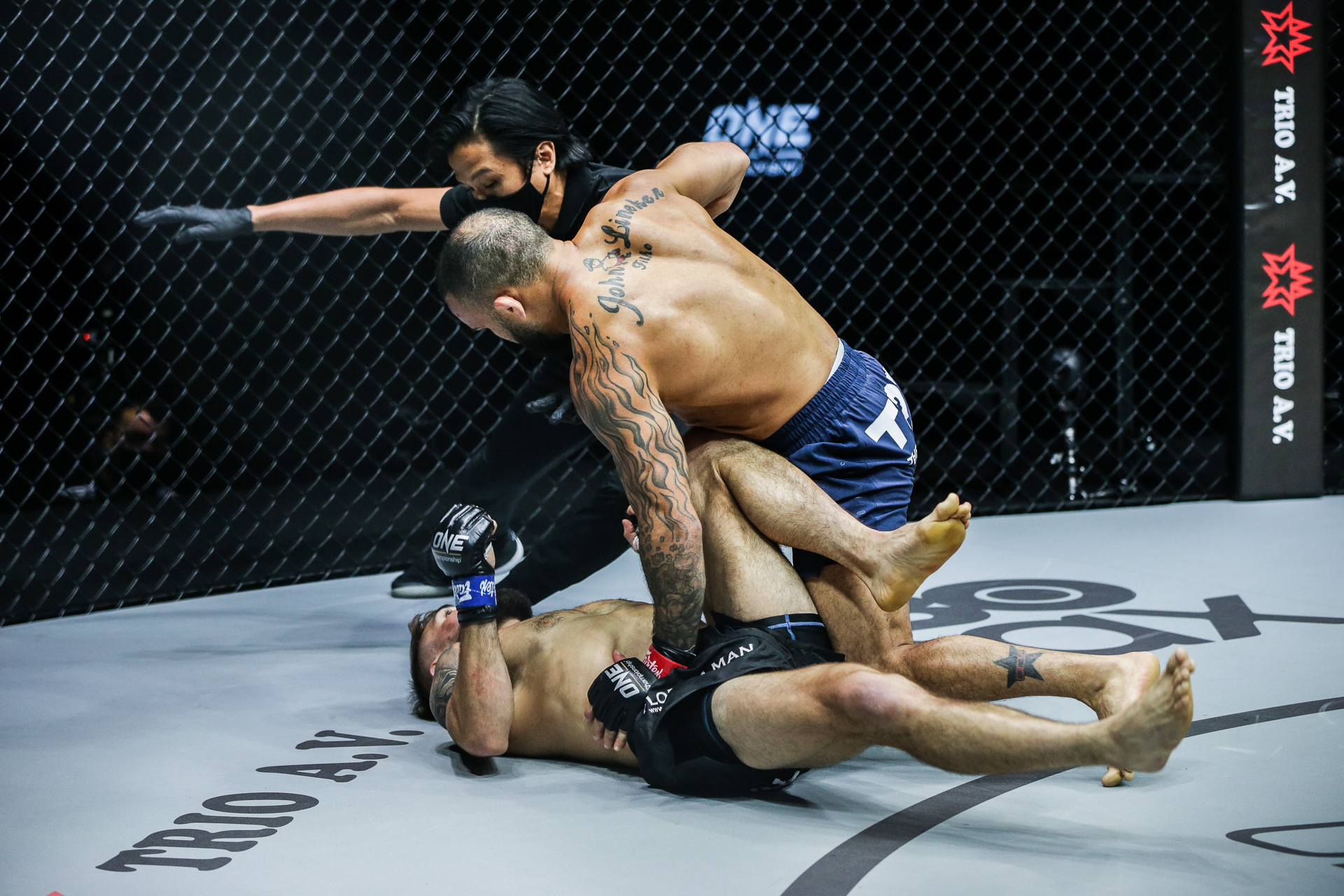 John “Hands of Stone” Lineker promised a show in his next outing, and he certainly delivered.

The Brazilian needed one round to dispatch “Pretty Boy” Troy Worthen, scoring a KO win with less than one minute remaining in the first round at the previously recorded “ONE on TNT III” on Thursday.

The match went the way Lineker called it, as he threw caution to the wind from the get-go. He dared to bring the action to his American foe from the opening bell.

“Hands of Stone” pressed Worthen into the Circle fence, then unloaded one heavy body shot after another to soften up his opponent.

“Pretty Boy” desperately tried to turn the tide by shooting for a takedown and turning the match into a grappling contest. Still, the American Top Team standout wasn’t having any of it. He defended Worthen’s advancements and countered with heavy shots of his own.

The end came with seconds remaining in the opening salvo. Lineker floored Worthen with a solid straight right hand just when the latter was trying to move into striking distance.

After one more uncontested shot, the referee had no choice but to end the bout at the 4:35 mark of the first round.

Afterward, he wasted no time in calling out reigning ONE Bantamweight World Champion Bibiano “The Flash” Fernandes.

“My hands are so heavy, and before this, I said I would finish the way I did. Now I’m ready to fly, and I’m ready to be a champion,” Lineker said.

“I came here to be a champ. I want Bibiano — I know I’m better than him. I am the best, and I will show that I will be the best in the world.”

In the co-main event, no. 4-rankled flyweight Yuya “Little Piranha” Wakamatsu continued his meteoric rise in the division. He outlasted no. 5-ranked Reece “Lightning” McLaren after three rounds of back and forth action.

Wakamatsu turned to his striking and excellent counters in the grappling department. That frustrated the Australian and brought his fourth straight win in the Circle.

ONE On TNT IV Faceoffs

Aung La N Sang vs. Vitaly Bigdash III | All Finishes In ONE Championship

In this article:John Lineker, ONE on TNT, Reece McLaren, Troy Worthen, Yuya Wakamatsu