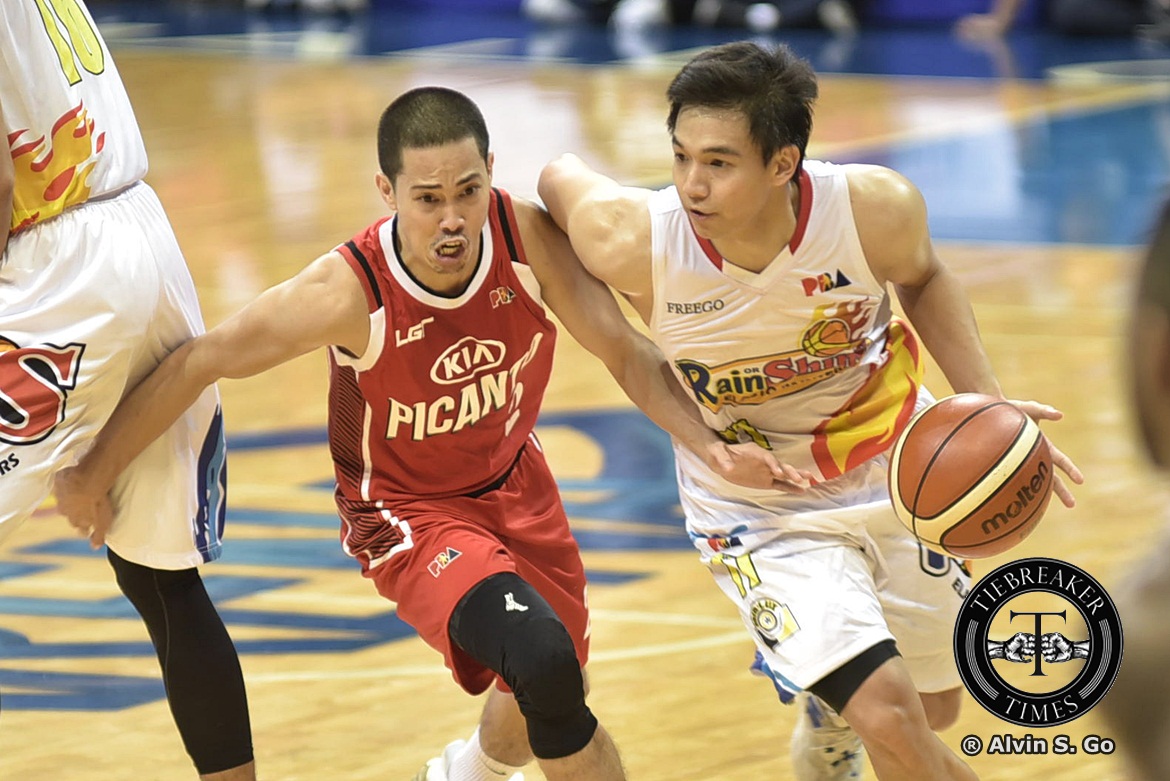 The Rain or Shine Elasto Painters protected themselves from being chopped by the upset axe as they thwarted a Kia Picanto comeback attempt, 94-86, in the 2017 Governor’s Cup, Sunday night at the Mall of Asia Arena in Pasay City.

The win improves Rain or Shine’s card to an even 2-2 slate, ending their two-game slump, while the Picanto dropped to 0-6.

“We played sloppy in the first half. We were taking outside shots. But we started attacking, and there were times we started going to the line,” said Rain or Shine head coach Caloy Garcia.

New import J’nathan Bullock top-billed for the Elasto Painters with 20 points alongside 10 rebounds, but his numbers were negated by seven turnovers.

“Our import took too much outside shots. He only started attacking the basket in the last six minutes of the game, that’s the only time we started getting to the line,” Garcia lamented, as Bullock only headed to the stripe six times in the contest. “I was surprised that he was not able to get to the stripe during the first half, I just told him in the fourth quarter to head to the line.”

“Chris played a good game today. He dictated our tempo today and I hope he can keep it up,” Garcia beamed.

Rain or Shine erected a 15-point lead, 67-52, in the third canto, only to allow the Picanto to come back in the payoff period as their wide cushion suddenly turned to just five, 87-82, after a Markieth Cummings jumper with 1:57 left.

But the Elasto Painters showed composure down the stretch, as Chris Tiu’s free throws and Bullock’s baseline jumper off a Maverick Ahanmisi dish widened the gap once more, 91-82 — enough to keep Kia at bay and winless in five games.

Beau Belga, despite being thrown out of the game with 6:50 left in the third canto due to a flagrant foul and an unsportsmanlike foul, still managed to chip in 12 markers for Rain or Shine.

“I think if Beau did not get fouled out, it would have been a different game.”

Cummings led the losing side with 30 points and seven boards. Reden Celda made 15, while LA Revilla scored 11 and dished out seven dimes. Jackson Corpuz had a double-double of 10 points and 12 rebounds.

Both teams shot an identical 41 percent from the floor, but Kia committed 21 turnovers that led to 22 points for Rain or Shine. Rain or Shine’s bench outperformed their counterparts, 54-18.

Both teams will play again next Sunday, August 20, at the SMART-Araneta Coliseum. Kia will battle the Globalport Batang Pier at 4:30 PM, while Rain or Shine will take on the TNT Katropa at the 6:45 PM slot.