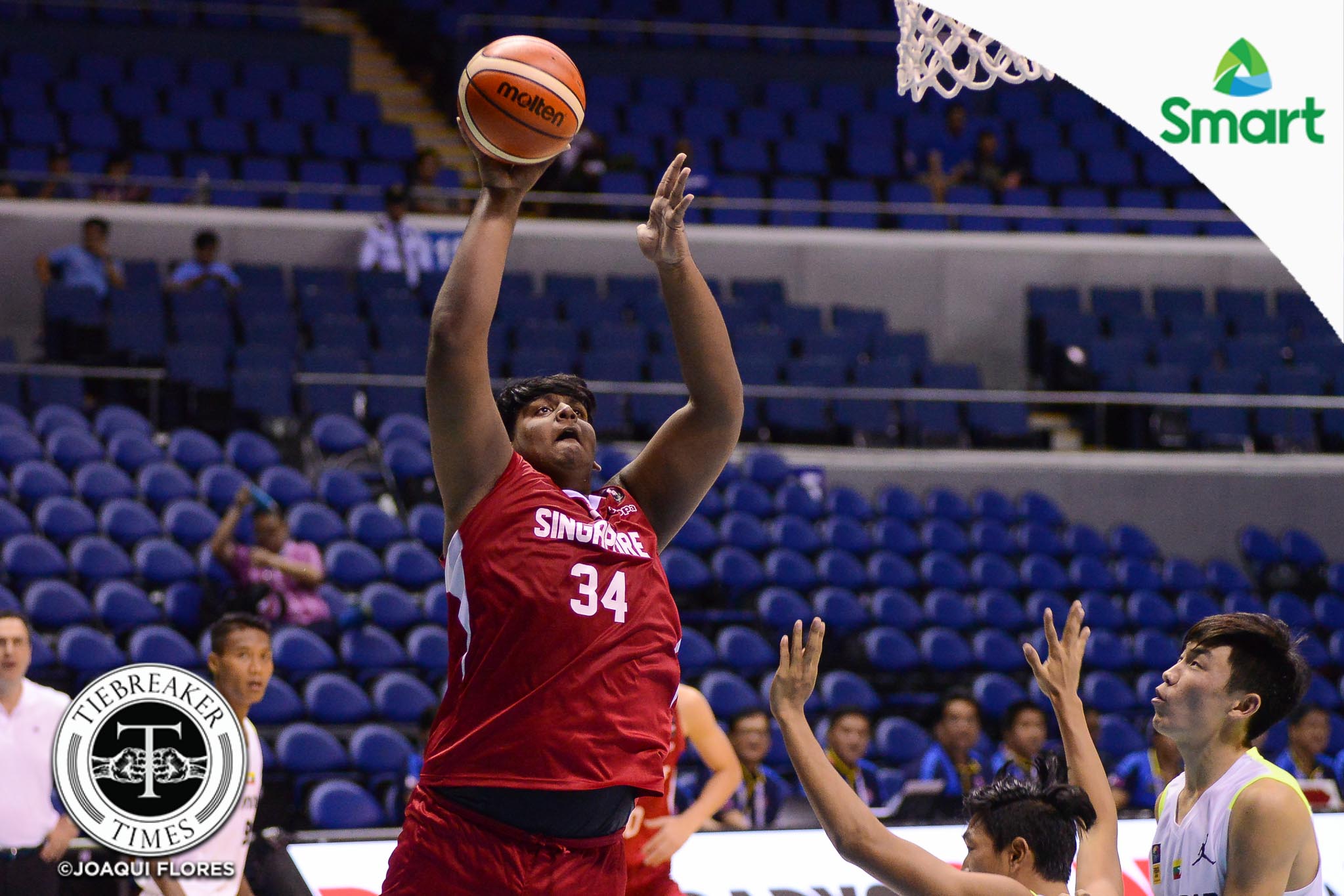 In the 2017 SEABA Championship, there are a lot of teenagers competing. But they are all playing in the Under-16 championship.

Singapore though decided to field in Lavin Raj, a 16-year-old center – the sole millennial in the tournament.

Raj is a sight to behold in Singapore’s bench whenever they go out to play in the 2017 SEABA Championship for Men here in Manila. Standing at 6-foot-7 in a wide-bodied frame, his presence could be hardly missed.

But in the Singaporeans’ last three games, which they all lost, he never saw action. And for him, it was disappointing.

“At first I was disappointed,” shared Raj, who is attending secondary school at Republic Polytechnic.

But Tuesday afternoon against bottom-dwellers Myanmar, the Singaporean man-child finally sniffed the court. And he made the most out of the opportunity given to him by coach Franco Arsego, producing 19 points on 6-of-9 shooting.

And for Raj, who also added six rebounds and three blocks to his total to anchor Singapore’s 83-52 breakthrough victory, he could not be more relieved after being given the chance to strut his wares.

“Now, after playing, I feel more confident,” said Raj, who was even teased by Arsego and his teammates during the interview with Tiebreaker Times — a sight that showed how proud they are with him.

Being the youngest player in the seniors’ squad is a challenging task to fulfill, as the level of play among the veterans is obviously higher. But for the promising cager, he is trying his best to get accustomed with their style.

“The older guys are much quicker, much stronger, and jump higher. But I’ve been trying to adapt,” said Raj, who started playing the game at the age of seven.

The Singaporeans are now 1-3 in the regional cagefest, and Raj has finally gotten a taste of what big boys’ ball is. As they now head into their next match against Thailand tomorrow, he hopes he can emulate the way he played today.

“Yes of course, I’m hoping to play the same way I did today,” said the young stalwart.